Dam Cowboys and Texans test positive messing this season up!!! 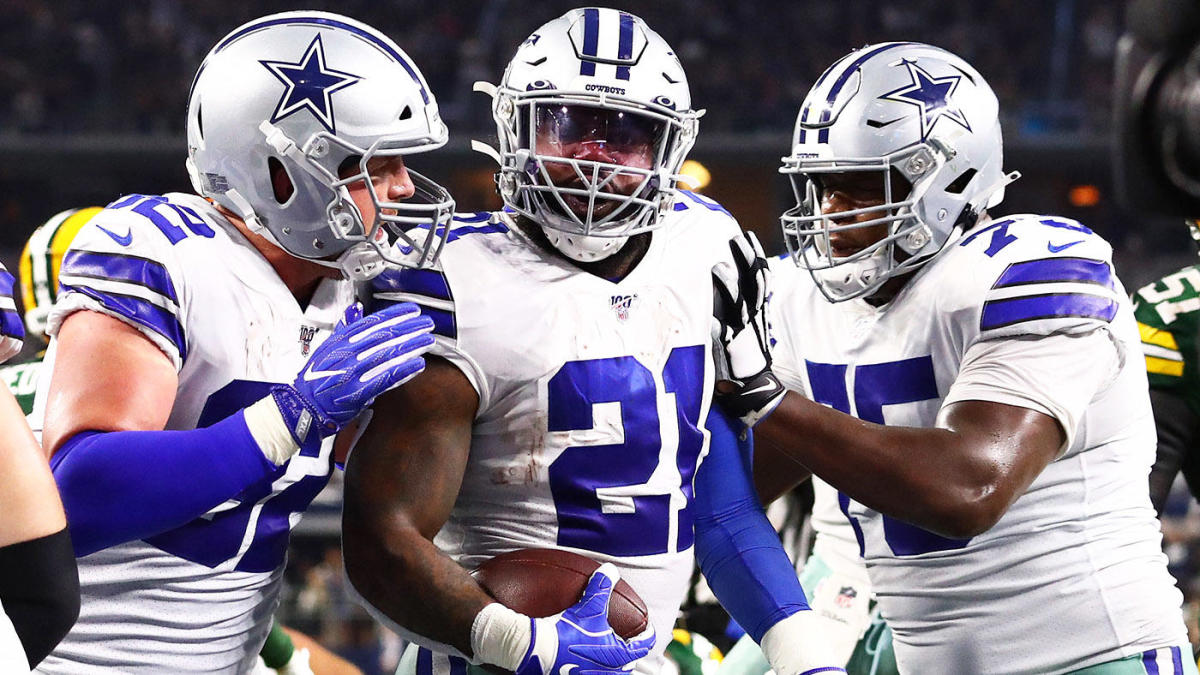 Texas has seen a spike in COVID-19 cases

I am not surprised with how Texas treated the quarantine and reopening.

South Carolina is too.

Averaged almost 700 new cases a day for the last week or so.

2 new cases in my department at work this week. 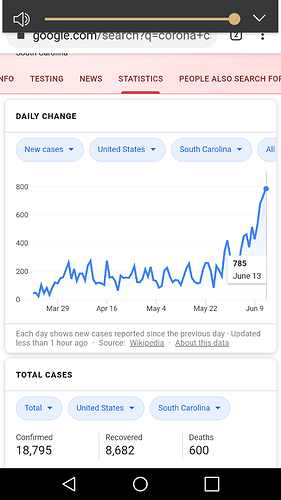 We had zero cases in my province last while and all the sudden had 18 new cases today. Shits cray cray

I’ve said it multiple times … it’s not going away. It’ll just become something everyone eventually either contracts, or gets vaccinated against … like measles and chicken pox.

Most will live; some will die. Life sucks that way sometimes.

I’m with Sprocket here and I’ve been saying that exact same thing from the beginning.

Most will catch it, the vast majority will not die.

The reason we are seeing such spikes is because of massively expanded testing, everywhere. So, of course we’ll find more cases. And most never even got noticeably sick.

Dark but yes I agree.

If we stop testing, we won’t have any cases.

how afraid are each of you of catching this Covid 19?

an informal poll without putting up a poll.

I had a coworker test positive after the close down March 24th and I ended up home for a bit in quarantine missing a week or so of wok as we switched to remote work and had the office cleaned. I returned to work the day I could in my office and have been ever since.

I have met people and I was never a hugger so I am good with the new social distancing. I hate the mask but wear it, I have a low fear of catching it, if I haven’t already based on a bad cold in February and the exposure as everything closed on 3-24.

We truly aren’t worried about catching it because we are healthy and aren’t likely to die. But we are careful cuz of Jos 101 year old Grammy lives in the house. But damn this old country gal has no health issues. Just incredible.

We don’t go over the top protection. Just kinda common sense shit that should be applied when you are exposed to the elderly and infirm.

My dear friend and ex, Cindy was really freaked out for a while cuz she has a compromised immune system due to a returning bout of cancer. But even she has felt better about and went back to work happily in her waitress career today.

My wife has asthma, and this could be potentially pretty bad.

On top of that, I’ve read some concerning reports of people who were in good health pre-covid, not returning even months after recovering, to their prior health. Long term lingering lung and even some kidney issues (outside of those caused by dialysis and drugs).

If it was just “Flu like symptoms,” I wouldn’t be very concerned. But I don’t think we know the true long term repercussions of Covid-19.

I don’t go out of my way to go into harms way but I can’t see everything closing down like it has being good for the economy. I know too many businesses that will not be returning. I could make more weekly after taxes by working 7 hours a week and collecting unemployment with the stimulus money but I choose to work so I have a company to come back too - others in my place have sheltered in place at home avoiding any work. it is crazy.

I do not know what is better, to stop everything and lock myself away, or slowly make my way into the public again and live life. No bars or restaurants is no big deal, I am more concerned with not being able to go buy sneakers when my old ones took a beating - little selfish life style things.

Hmmmm could be on to something clown lol.

If we stop testing, we won’t have any cases

I’m calling this The Chinese Method.

So, just to get a sense, what is the acceptable number of deaths?

If understand your question right, yes, they matter a great deal as they are the most vulnerable in this scenario.

I am trying to understand the argument, which I see frequently, that “some folks are going to die and there is nothing we can do about it, so let’s get back to work”.

To be honest, we’re all moral relativists here, if the virus was going to kill say 10,000 I doubt there are many who would have favored shutting down the economy for 3 months and counting. By the same token, if 150,000,000 were going to die the effects on society and the economy would be so devastating that no one in their right mind would have opposed whatever steps were necessary to lower the toll.

So where do folks think the line is?

FWIW the other frequently quoted argument is "“Only” 100,000 Americans have died, was it worth it?

As is so often the case, that argument is backwards, we should be asking “how many people were saved because of the shutdowns?” Certainly a tough number to quantify, bit that’s the real question isn’t it?

and we can drift of lives saved by shut down to lives lost as easily.

It was reported that Suicide has climbed during this time. Are those covid 19 related deaths?

What will the long term effects be on the mental welfare of many who were isolated in less than ideal conditions? I have to think both mental and physical abuse climbed during this time, at what number we will not know until long term studies reveal the results of living in conditions less than ideal without proper food and basic human needs on top of the abuse.

any life is too much but the residual of what we are living in will have long term effects on lives, many will suffer great losses financially and never recover.