I’m watching Niners-Packers. I have to say, if the Pats met the Niners next weekend in the Super Bowl, I wouldn’t put a lot of money on the Patriots winning.

Thankfully our Offense has five more games to practice getting their act together.

Packers are getting smoked.

Packers are getting smoked.

Well, at least they worked in the fact that Cal beat Stanford, when they were talking about Aaron Rodgers (Cal) vs. Richard Sherman (Stanford).

Pack scores and got the two point conversion

Someone on here said that George Kittle is the “Gronkiest Gronk since Gronk.”

Yeah, Kittle is the real deal at TE. 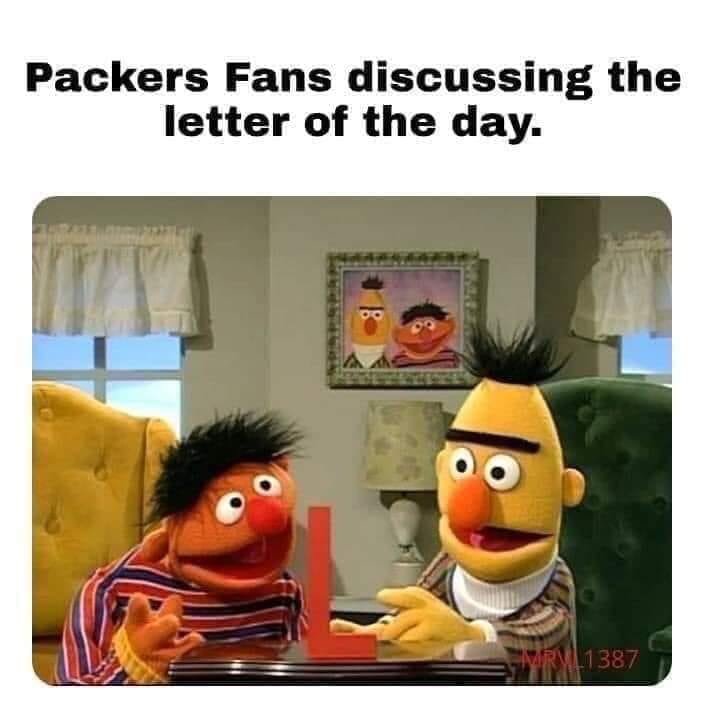 He has been fantastic for them there is no doubt about that. Right now even with their close loss to Seattle I would say the 49ers are the best team in the conference right now. That defense is incredible and if Jimmy can play on fire and limit the turnovers I don’t see any team beating them this year to be honest but next week will be a good match up with the ravens

Oh and for the record it looks like I might have been right about Green Bay. I said even when they were 7-0 and know that they didn’t scare me. I said I thought the Colts could beat them and they are looking very beatable lately. I think they will be one and done in the playoffs personally

Lol I don’t like either team so I will just root for a good game. I know a couple 49ers fans here and they are assholes. hahaha.

Heh. They cant be worse than the Cowboys fans that showed up to Gillette yesterday according to reports from some friends.

Well, maybe they can. I mean people are pooping in the streets in San Francisco.

Heh. They cant be worse than the Cowboys fans that showed up to Gillette yesterday according to reports from some friends.

Well, maybe they can. I mean people are pooping in the streets in San Francisco.

When I lived in the area, the Patriots had no Super Bowl wins, and Niner fans ran the gamut from Stoner Dudes in Marin to Snobs on Nob Hill (or was that Nobs on Snob Hill?).

When I told them I was a Patriots’ fan, I usually got the West Coast equivalent of “Bless Your Heart” reaction.

Guess every fan base has their share of idiots. Even Colts fans has some idiots. Eagles, Ravens, Steelers, Raiders, Chiefs are on another level of stupidity though lol.

I think we can all agree on that about KC fans.

Crazy to think the Seahawks will likely finish 12-4 or even 13-3 and will be a Wild Card spot in the playoffs. NFC playoffs are going to be a crapshoot. Packers are likely 1 and done, but 49ers, Seahawks, Saints will be very interesting. Even Minnesota assuming Cousins has a decent game can compete with all 3 of those teams. Dallas and Green Bay I just don’t see beating anybody… Granted if Minnesota has to go on the road to Green Bay they might be in the Packers side as the weather is likely going to be cold and snowy… Dome teams hate that lol.

I think the Ravens may win

I think the Ravens may win

Pats have a chance to beat them, but as of right now, they can only compete with the Ratbirds in two of three phases of the game.

Baltimore has beaten both of last year’s Super Bowl teams by a combined score of 82-26.