Let’s get this thread started.

I have nothing against Kermit, but I hope Kyle Shanahan eats Andy Reid’s lunch.

Yes, I did go there.

Can they both lose?

Can they both lose?

This is the NFL, not the Canadian version of The Dating Game.

Hahahaha, regardless I just don’t see a blow out in this game. I see a 31-27 type final.

Ya I could see that too lol.

I don’t know. I think that SF defense may surprise the Chefs.

Niners run the ball and control the clock.

Chiefs put up some points on “lightning drives” but also gets behind, Niners hold on 31-27

Raiders don’t stand a chance in this one. Thank god it isn’t a triple threat.

Mostert racked up 220 yards against the Packers.

I don’t think he’ll do that to the team that held Derrick Henry to just 69 yards on 19 carries.

He might get some decent chunks in the first half (like Henry did), but Jimmy G. had better be ready to sling it in the second half. 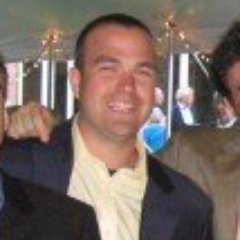 #49ers offensive assistant Katie Sowers is about to become the first female to coach in a Super Bowl. She says it’s “surreal” but “Even though I'm the first, the most important thing is I'm not the last and we continue to grow it." espn.com/nfl/story/_/id…
1 Like
TheEvilPrince January 31, 2020, 1:41pm #15 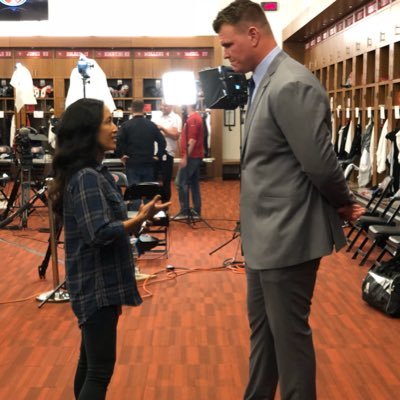 Jimmy Garoppolo reports that about 50-percent of the questions directed towards him this week involved Tom Brady.
Mike83 January 31, 2020, 7:34pm #16

freaking crazy!! but he handles it excellent

A die-hard Niner fan that I work with wore her vintage Montana jersey to the shop today.

I asked her if that was from his Niner days, or from his Chief days … and then ran away like an SOB.

Lol! Wel she’s either going to be happy or very disappointed

Odds have them pretty much even (I think KC is currently favored by 1.5 points).

If it’s really that close of a game, I say Andy Reid effs up something obvious near the end and the Niners win.