So our new kicker has a tattoo..... anyone concerned?

Many of us got dumb tattoos as a 19 year old kid - my buddy has the Tasmanian devil holding a bud can, another has the outline of a panther - it hurt to much to finish… and others have flags with colors out of order so it is not the irish flag.

this kid claims he didn’t know the meaning and is covering it up… is anyone concerned - the national media seemed concerned, yet they missed it the last 5 years he has had it.

DISCOURSE! I DEMAND IT! pic.twitter.com/x2ONruBNWO 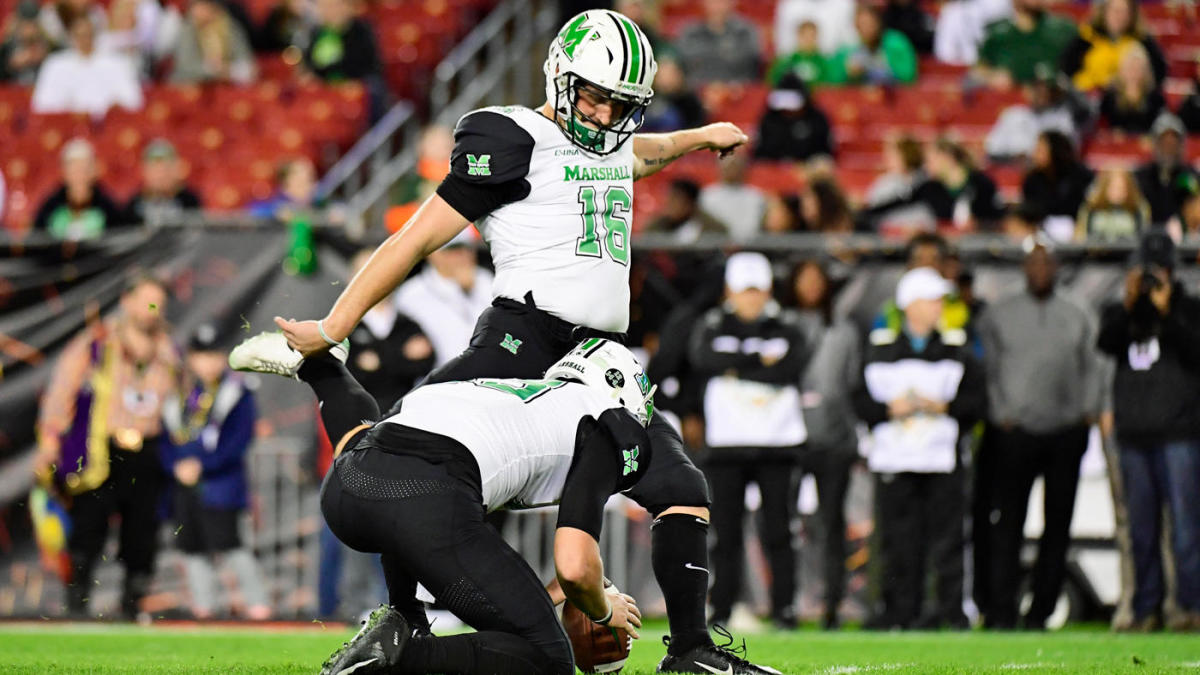 'It evolved into something I do not want to represent'

I don’t know which tat is supposed to be the offensive one. But dammit i’m not concerned at all.

His Tats are patriotic from what I can see.

Its the 3 percenters that people are objecting to, associating it as a far right militia radical group. I even saw some call it neo-nazi.

I don’t really care all that much.

My issue is not the tattoo, but the fact they waited until after the draft - what about the past 4 plus years he has worn this ink prominently?

where were they then?

where were they then?

It’s become a bigger because he’s now a Patriot.

I don’t know if they are neo-Nazi, but if they are, how in hell has this kid survived in a locker room alongside players from minority backgrounds?

Depends on how good he kicks.

I’m reading the Wikipedia page for the Oath Keepers, who are affiliated with the Three Percenters:

Oath Keepers was founded in March 2009 by Elmer Stewart Rhodes.[19][20][21] Rhodes is a Yale Law School graduate, a former U.S. Army paratrooper, and a former staffer for Republican Congressman Ron Paul.[22] On December 8, 2015, Rhodes was disbarred by the Montana Supreme Court for conduct violating the Montana Rules of Professional Conduct after refusing to respond to two bar grievances filed against him in the federal district court in Arizona.[23]

Rhodes is reported to have taken inspiration from the idea that Adolf Hitler could have been stopped if German soldiers and police had refused to follow orders.[24] Writing in S.W.A.T. Magazine in 2008, Rhodes asserts, “‘It’ (a full-blown totalitarian police state) cannot happen here if the majority of police and soldiers obey their oaths to defend the Constitution and refuse to enforce the unconstitutional edicts of the ‘Leader’.”[25]

Sounds like the opposite of Nazism to me. A group of Police Officers and Military Members who refuse to piss on the Constitution they swore to uphold and defend? What a bunch of radicals.

yeah but like anything else some shithead has teh symbol on his arm and everyone associated with it is equally a shit head.

I bet most of the tattoos players have are questionable if you really look into them, but players get them because they think they look cool.

The 3%ers above seem to be against Hitler, how is that a bad think? I guess it is because they are ready to take arms against their Government, but maybe this corrupt leadership needs its ass kicked.

Just skimming through some things it seems like they are less ideologically dangerous as they are actually physically dangerous. They seem to have a penchant for showing up fully armed at places to “provide security” or to “secure the perimeter”.

Of course every group has its nut jobs who take things too far. And you never know what a groups leadership is telling its faithful to do surreptitiously.

But on the surface they just sound like a group with extreme gun rights beliefs. I don’t think there is any harm in those beliefs for the most part. But I can tell you that living in an extreme gun rights culture here in the South, I can tell you that a lot of the people who scream the loudest about their right to own a gun are the ones who should least be allowed to.

Also they apparently just had a huge internal power struggle that caused a massive rift within their national leadership and caused several chapters to oust their leaders and form a new group, the American Consitutional Elites.

The source of the rift? Whether they should use Facebook messenger for official club business.

Also their leader goes by the name General Bloodagent. 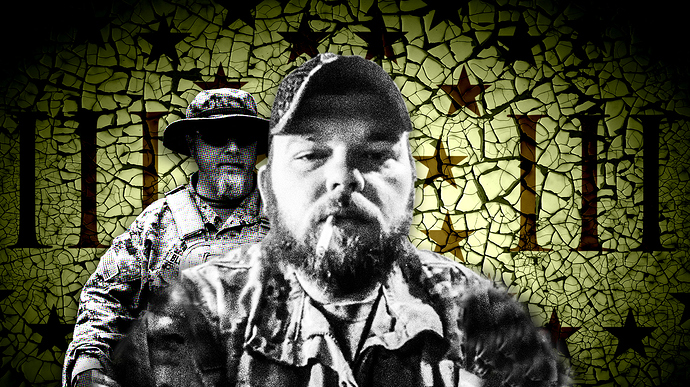 The incessant power struggles that plague militia groups prompted defections in the Three Percent Security Force, robbed its leader of control and delivered the well-known antigovernment militia to the man who defied his commander.

Also, as long as Pipe Water keeps his beliefs to himself, doesn’t murder anyone, doesn’t diddle kids and make all his kicks, he can have a tatoo of whatever he wants and I wouldn’t care.

Meh, I think it’s fine. I always found it strange that people get their political views tattooed on them. But hey… I have a ninja turtle, power ranger, Batman and The Flash on me and lots would call me an idiot. So to each their own. As long as he can kick the ball well and keeps his mouth shut, I think he’s fine.

Calvin and Hobbes on me

Of course every group has its nut jobs who take things too far. And you never know what a groups leadership is telling its faithful to do surreptitiously.

Get a lot of Alpha Male Wannabes in a room and there’s bound to be some kind of trouble, until they sort out who is the Alpha Squared.

Now that, I fucking love!!!

Yeah just reading thru some articles and it seemed like lot of guys who couldn’t make it into or hack it once in the real military or real police force. So they made their own.

And gave themselves scary nicknames.

From now on you will call me Admiral Bloodbath Corpsegrinder the Evicerator.

And if any of you homos touch my stuff…I’ll kill ya.

And if any of you homos touch my stuff…I’ll kill ya.

Just as an aside this thread is rising meteorically up the ranks of Best Threads About Kickers.

I predict it will be an all time great.

remember we are wearing this at our next meeting, we will be playing some Lee Greenwood to open and follow it up with a Toby Keith Medley… while serving Freedom fries!!

we play both kinds of music here… country and westeren!!! 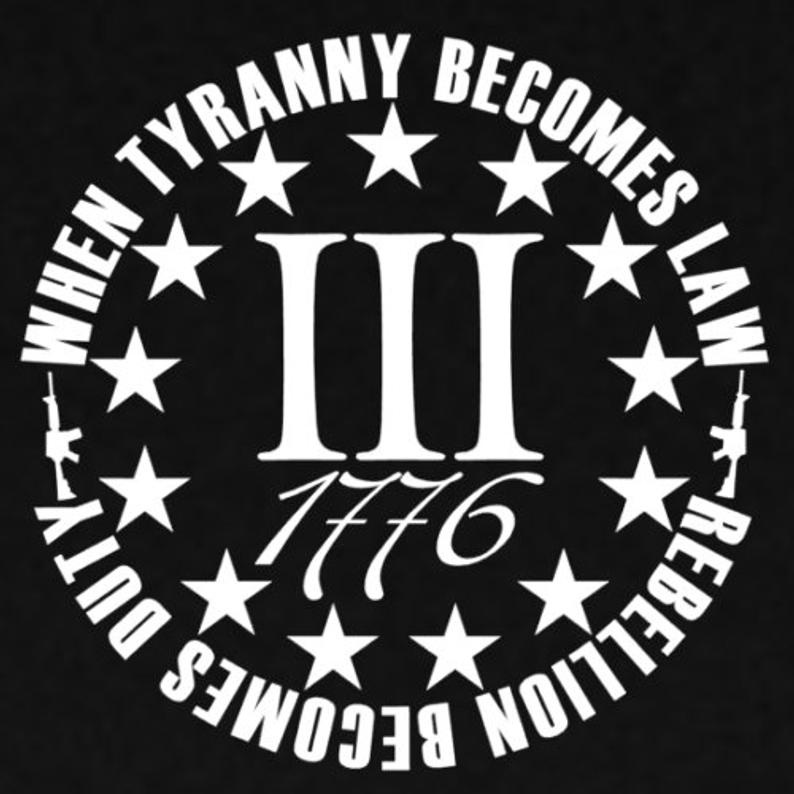 Mike…err… I mean Spineripper McSpiderbites…How many times do we need to tell you not to post official club business on Clownbook? You know the MSM is watching this place and I’ve got leaked secret documents proving definitively that Clowncorp is working directly with the FBI to infiltrate our ranks.