On Adjustments, McD, And The Greatness of The Patriots 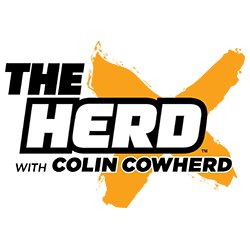 "The Patriots have had a 42 year old QB, offensive line crisis, WR weapons crisis and they're 10-1 — only loss to Baltimore." @ColinCowherd on how no team is better at adjusting over the years than New England: https://t.co/AL7yPuxmoc 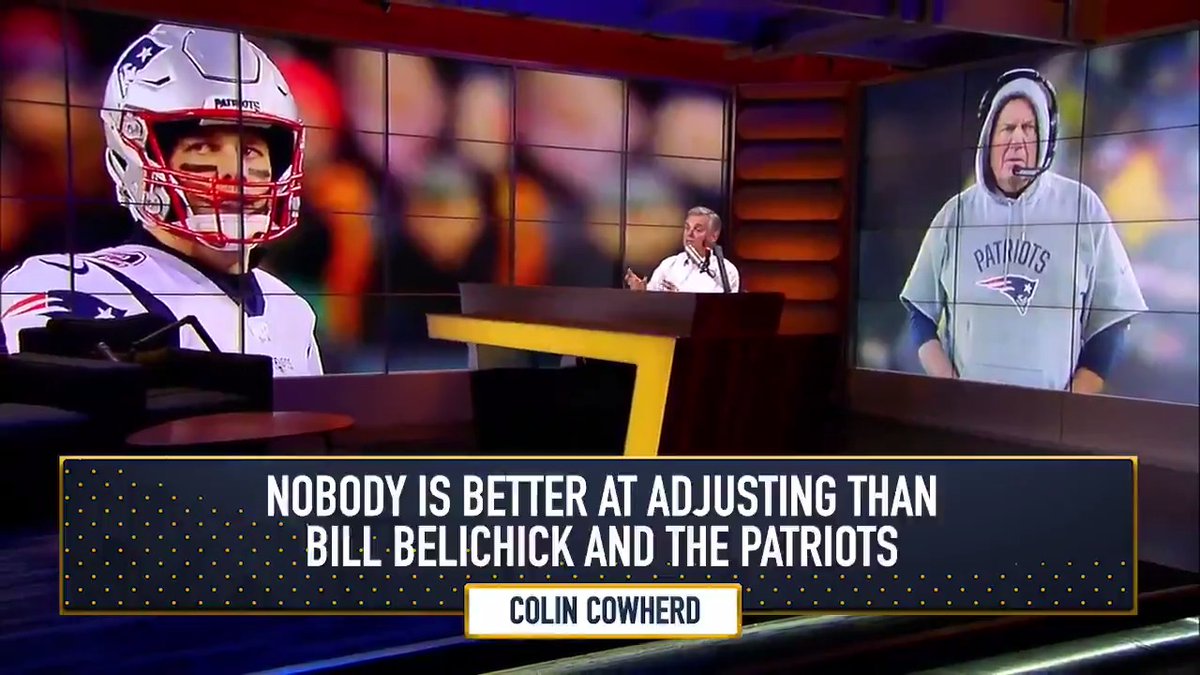 He’s stating the obvious like the Captain here, but maybe it’s worth repeating things like this. Maybe a few of his listeners will be inspired to stop crying about their own bad breaks and start making lemonade out of lemons.

On another note, you only have to scroll down a little to read a standard idiot comment about the Patriots’ so-called “easy schedule.” With all the numerical evidence to the contrary out there, there are still this many imbeciles who can’t comprehend that the Patriots’ biggest schedule advantage is that they never have to play the Patriots?

Our general lack of critical thinking skills makes me wonder why we are not all speaking Mandarin or Russian by now. Oh, wait … that would require these low-grade morons to learn a new language …

This was mostly for Coolade because he has an unhealthy obsession with McD not being a good OC because he can’t make adjustments.

The haters getting ripped is just a bonus.

This was mostly for Coolade because he has an unhealthy obsession with McD not being a good OC because he can’t make adjustments.

Not to defend @Coolade, but, it could be possible that McD’s adjustments have become predictable to opposing DCs. It would be kind of like thinking through a chess match … if I do this, he will do that, then I can do this, which …

I’m not saying that’s the case with McD yet, but if it got to the point where most DCs could predict his responses to their moves, then you can see how that would make them the puppet masters.

Well, part of Cowherds rant was about how injured the offense is. Not sure how much more he could have done. I mean they are 10-1 despite all of that noise.

Cowherd is known for his over the top embellished rants.

The mcD issue can be condensed into a couple quotes from Belichick. " It’s not the plays, it’s the players" . Other one " the plays will get called". This from 2005 when Weis left and bill decided not to name an OC. Meanwhile , who was hiding in the shadows.? McD.

What this means is the offense is designed by committee. The system is what it is with occasional trick plays , and revolving door at WR. The adjustments will become apparent going forward. Since it’s not good yet.

Squeaking by both the eagles and cowboys…? Um it’s kinda early to be puffing up this offense although progress is being made.

At the risk of sounding like I’m making excuses, the Eagles game was played in a monsoon and the Cowboys defense isn’t horrible. They’re 7th in passing yards allowed, 9th over all in yards allowed and and 8th in points allowed. Demarcus Lawrence is a beast, J Smith and LVE are both young fast studs in the making at LB and their secondary has its own share of youngish talent in Awuzie, Jones and Woods. Yes Jason Garret is coaching the team into oblivion but they are not without talent.

I don’t mean to say the Patriots offense isn’t without issues. But I do Definately think rumors of their demise are being greatly exaggerated.

Here’s a new thought that builds on an old thought… In other thread I posted how, in a copycat league, a team can copy what the Ravens are doing with Lamar.

All you need is a running QB ( Edelman, Myers) and the key being YOU DONT HAVE TO RUN IT EVERY SERIES. it’s a personnel package with a different QB.

Advantage is obvious since Baltimore is showing you that a running QB has an extra blocker. Also it gives your throwing QB a rest.

Seems like a huge move by the saints but nobody wants to notice it?

Taysom Hill isn’t splitting reps with Drew Brees. He is lining up as a wildcat QB twice or 3 times a game in short yardage situations. His other snaps are all at WR.

Beyond that Hill is 29, 6’2" 220 lbs and isn’t even close to being the most important WR on the team. He is basically a RB who can throw who is used mostly as a short yardage battering ram, getting 2 or 3 targets as a slot WR and occasional gimmick play runner. Hill threw for almost 7000 yards and 43 TD in college, so lining him up in the offensive backfield you have to at least respect the threat of a throw.

Edelman is 33, 5’10" 180 lbs and by far the most important WR on the team. He didn’t have an NFL arm when he was 24, and he doesn’t now. No defense would respect his passing if he lined up at QB. They would stack the box and dare him to throw. He isn’t a threat as RB. He isn’t big or fast enough. His only positive would be running some sort of option, which he hasn’t done in 10 years. Running a true option in the NFL is a good way to get your QB killed, especially if he isn’t Lamar Jackson. And even that guy us going to get planted at some point. And even if you put Edelman at QB, who is he going to throw to? He is literally the only good receiving option on the team.

Meyers is a rookie who was recruited to NC State as a QB, but switched to WR before his sophomore year. He threw all of 4 passes in college. Not an option.

I suppose it could be argued that Patterson from last year could have done it having run it so many times but I have no idea about his arm. But the speed and running ability is there.

It starts with a few snaps. Meyers is 6’2" so he could at least get reps as scout team QB… running around. Will be interesting to see if saints increase the Taysom hill package this week.

Also interesting since Brees is playing better than Brady. And they still are trying it. It’s called Innovative offense. Not stale and predictable. The intercepted pass to Harry was all on MCD and Brady. The DB jumped the route. He saw it coming. It wasn’t even close to open.

I predicted in game thread that blame would be placed on Harry. That was his only target. Fascinating…

Meyers hasn’t been a full time QB since HS. Whatever value he has to the Patriots is as a WR. If the Patriots want to experiment with a running QB they can put Jarrett Stidham in. At least he was an actual college QB.

Who is faster…? That’s your guy. Stidham , the passing is better except he needs to be preserved as back up QB. Again it’s a different look with a capable fast guy , (like taysom Hill) which this offense needs desperately.

Meyers ran the second slowest 40 at the combine for a WR. Its exactly the entire reason he was a UDFA. Again no defense us going to respect the threat of a pass if Meyers lines up at QB. They stack the box and dare him to throw.

I applaud thinking outside the box, but the offense is what it is. There are no magic fixes at this point.

Well now … Injury issues with Brady make the alternative offense options even more relevant. Mix in different packages including stidham , wildcat with Harry , or Meyers. Just do it. … give Brady some time off and switch it up… IMO

An excellent game that had the feel of a team that wanted it , and finally started to execute with a style and game plan that were in sync. And if this is possible… Brady in turn started feeding off that. And then the team was feeding off of him. Plays like his open field block on the reverse are symbolic of how every guy does his job, ( and a 6’4" QB can block a DB,. Cool. )

Trying to figure out why it clicked more in this game is a good exercise in Patriots fandom… You heard questions in post game like… " Tom did you have a good week of practice…? " Or were the matchups favorable…? Or was the film preparation from previous match up allowing a better game plan ? Or did the team just understand nite own playbook better since it’s now week 15… December, as in , GO TIME.

That brand of football is very enjoyable to watch. And as fans we’ve been asking for it… Suggesting different ways of doing it… Blah blah blah,.but when it happens you go well done . That’s what I’m talking about… hahaha…

. Looking forward to the analysis…