What it does not do is hide previously posted content.

Hopefully that whole category will just slide on down the list . willcheck back later

My understanding is that this board isn’t supposed to be a safe space where there’s a unanimity of one opinion and therefore no actual discussion like there are certain other places on the worldwide web.

Man I posted this in the wrong forum. My bad brah. Rant away.

What it does not do is hide previously posted content.

Hopefully that whole category will just slide on down the list . willcheck back later

Always willing to take one for the team, chief.

Then again, being yet another dutiful non-thinking true believer Trump sheep is not at all surprising, given the source.

It’s okay snowflake, your white male victim mentality syndrome is in absolutely no danger of being triggered over on the safe space. Must have been SO tough to see my threads calling out Trump. Here I was thinking there was at least some chance that if someone like you were exposed to anything outside the echo chamber that an independent thought might occur. Glad to see the short bus picked you up to go to the safe space where misogyny and racism reign supreme.

I don’t follow the United States near as much as I should but I follow close with Canada obviously being that I live here. Voting is suppose to be so secret and I never understood that. This year I fully intend to vote for NDP (Jagmeet SIngh) has done some fantastic things that impress me. Trudeau is a moron that needs to go, I could go on for paragraphs about him but it’s not worth it. Zero and I mean zero chance he gets in. He used his one magic card he had (legalize marijuana) now he has nothing. Even the stoners are starting to hate him lol.

Well if ever you’re at all interested in learning up on American politics I could tell you one place that would decidedly NOT give you any balance or fact-based analysis.

Mildly amusing to see a bunch of omega males cry about the supposed tyranny of liberals on a board in which they ran off any liberal sentiment whatsoever.

His views appear similar to Alexandria Ocasio Cortez. Check out the safe space to see a bunch of misogynist racist omega males cry about her. Rather amusing given the bloviating retard as president that they’re too chickenshit to even question.

It’s going to be an interesting vote this year. NDP usually doesn’t do too well but Singh seems to have a lot of people backing him. My guess is Conservatives will get it. Over all I am fine with anybody outside of Trudeau getting in. A few hippies like him and that’s about it. He’s proven to be a total moron. His speeches are among the most pathetic thing I have witnessed from an apparent “leader” can’t wait to see him gone.

His views appear similar to Alexandria Ocasio Cortez. Check out the safe space to see a bunch of misogynist racist omega males cry about her. Rather amusing given the bloviating retard as president that they’re too chickenshit to even question.

You may have some well-informed and well-considered things to say in the political arena, but it’s difficult for me to care about them when all you ever seem to do is complain about what goes on at another website.

And that whole “omega male” thing is far too black-and-white. I remain omega in domains in which I have no expertise; I become alpha in my own kingdoms.

A moment’s worth of critical thinking will tell you that’s the way it’s supposed to be, for both Men and Women. The two biggest causes of trouble in any Society:

I use the term omega males intentionally in the sense that the misogynists act like they’re superior to women in every way and therefore the pejorative fits.

And it was fitting as to why I bumped this thread. It’s very clear that the OP has no independent thinking ability and wishes only to wallow in environments where there’s unanimity in opinion and where he’ll never get challenged. He’s only made his way over to the PF on that other place once liberal sentiment has been rid of and on this tiny board he’s become enraged by my mere presence of someone that presents a different opinion, so much so that he started a thread announcing the fact that he was shutting off his only window into alternate points of views.

And yeah, making fun of whiny thin-skinned losers that can’t think for themselves has always been a hobby of mine. Is what it is.

Hey UT…you remember that time we were talking about which smileys to include here at BSU and I said we totally needed a “Holy fuck dude you couldnt be more wrong about me” smiley and a " You OBVIOUSLY have me confused with someone else" smiley and you were all like “Those seem really specific and probably would never be used and just take up space unnecessarily which would cause extra g forces on the kanootzite relay which would cause a level 2 ionic cascade failure in the photonic plasma switch and would likely cause the servers to go down at random times.”

And then you shook your admin scepter at me and screamed " I AM THE ANGRY CLOWN DIETY AND WHAT I SAY IS THE LAW!!!"

Turns out I was completely right.

Turns out I was completely right as well.

Amazing how thin-skinned some people are that they can’t handle a differing opinion. Guess they really do just want a board of four people posting the same boring opinion over and over again.

No wonder the idea of a Hispanic or black woman in power is so terrifying to you.

Seriously. I’m not whoever you think I am. I literally have never posted in the PF at that other site.

The most controversial thing i ever posted over there was a post about a badminton tournament.

I only muted this catagory because I was curious how the software worked. I still see every post.

I don’t dislike your politics. Hell I agree with some of the stuff you say.

I just don’t like you. You are a sad angry person who can’t play nicely with others.

Since this thread was hijacked and turned political, I have changed the category.

I don’t think I’ve added any custom smilies here. Will have to look into that. 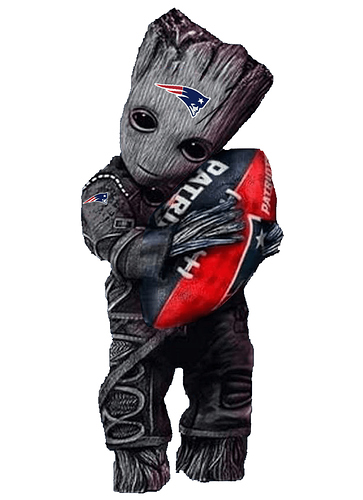 can’t play nicely with others.

There’s a smiley for that.

That smiley is frightening.