So here we are sitting at 9 and 1 and atop the Eastern conference after 10 games with major players out.

This team is night and day different than last years Kyrie and Rozier shit show.

This, so far, is truly a team.

yes, the difference is huge!! Players play together, unafraid to pass the ball and get it to the open man.

Looking damn good, I think it comes down to the Celtics and Raptors. And that isn’t just me being a homer lol. Raptors also have injuries and are playing damn good basketball. Celtics have a very complete team. Milwaukee will compete too but I think Celtics are for real this season. Shaping up to be a competitive division.

Final 4 I am calling it. Raptors/Celtics and Lakers/Rockets (Clippers maybe)

Looking damn good, I think it comes down to the Celtics and Raptors. And that isn’t just me being a homer lol. Raptors also have injuries and are playing damn good basketball. Celtics have a very complete team. Milwaukee will compete too but I think Celtics are for real this season. Shaping up to be a competitive division.

Final 4 I am calling it. Raptors/Celtics and Lakers/Rockets (Clippers maybe)

As a fan in the middle of Saskatchewan, if your team is out, are you sick of Lakers-Celtics the way the rest of the MLB World is sick of Red Sox - Yankees?

Not for nothing, but … the three active teams in town are all in first place in their respective divisions.

Surprisingly no… I like the Celtics actually (same with a lot of Raptors fans) Hard to believe I know. For some reason the 76ers are super hated here right now and Brooklyn lol.

Lakers… Yes I can’t stand them and Lebron has been in way too many straight finals. I wish he would retire hahahah

A Raptors/Celtics conference final will be interesting in that Enos Kanter had his Visa revoked and can’t leave the Untied States to play in Toronto.

Wow… So the Celtics are probably hoping the Raptors lose hard in the playoffs before they face them lol… It’s a long season, see what happens. The Heat are looking damn good right now too surprisingly. And the Clippers are 7-5. Their number 1 defense got man handled last night and they seem to have cooled off. Who knows what will happen.

The one thing I know for sure is that Golden State is finally back to sucking a big one bahahhaha.

Not about this year but recent news.

“In a private ceremony with my wife and close friends Alonzo Mourning, Bill Walton, Ann Meyers and others, I accepted my basketball Hall of Fame ring. In 1975, I refused to be the first black player inducted. I felt that others before me should have that honor. Good to see progress.”

Greatest champion in American sports history for many reasons.

I just looked some stuff up on Wikipedia about Russell:

Jeez. Tom Brady and everyone else on the New England Sports scene will be perpetually chasing second place.

ncaa, Olympic and NBA champ in less than 12 months!!!

you have to like this team, Tatum is like Gronk living off endorsements while banking his NBA salary 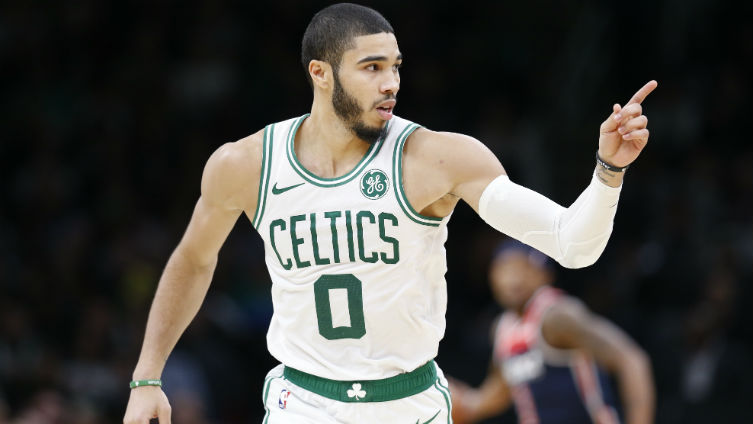 Tatum wise beyond his years with his $7.8M salary

Boston Celtics star Jayson Tatum has a bright future both professionally and financially.

this guy gets it…

.@Grant2Will came to the Celtics office today and handed out candles to every employee as both a holiday gesture and as a thank you for everyone’s hard work. No other player in the 11 yrs I’ve been here has done something like this. He did it as a rookie. He is a special person. pic.twitter.com/Qp2dcZ3p30

Alot like the Pats, the Cs got to get healthly, Walker is likely to be back this week…Gordon probably down for another month.

In their two games this year, the Celtics and Nuggets have proven they can beat each other at home.

The Cs are undefeated at home and just killing it.

They are destroying it on the defensive end and playing great offense and they arent even healthy yet.

Brown and Tatum are emerging into the superstars they ought to be. 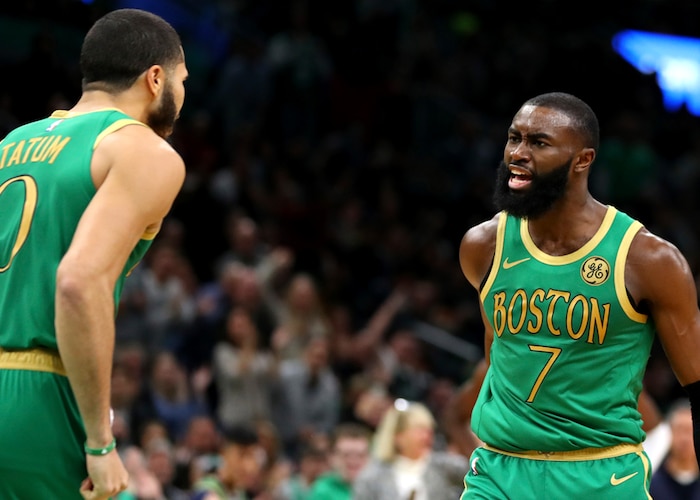 BOSTON – Just hours after the Western Conference’s No. 2-seeded Denver Nuggets marched into TD Garden with their chests puffed out, they crawled their way off of the parquet floor after being bruised, battered and beaten by the Boston Celtics. Put...

Lakers and Celtics would be a cool final. 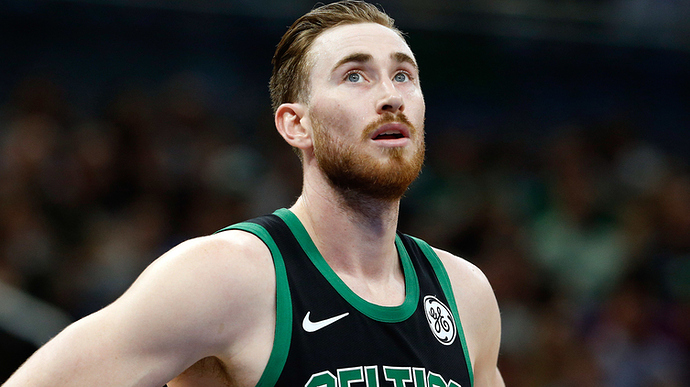 It looks like Gordon Hayward may be returning to the floor for the Boston Celtics much quicker than expected after suffering a hand fracture. In fact, Monday is a possibility, as Chris Forsberg details.

Hopefully Hayward’s presence opens up things for Kemba and others.