The prospects right behind the Top 100

Keith Law’s just-missed list: The prospects right behind the Top 100 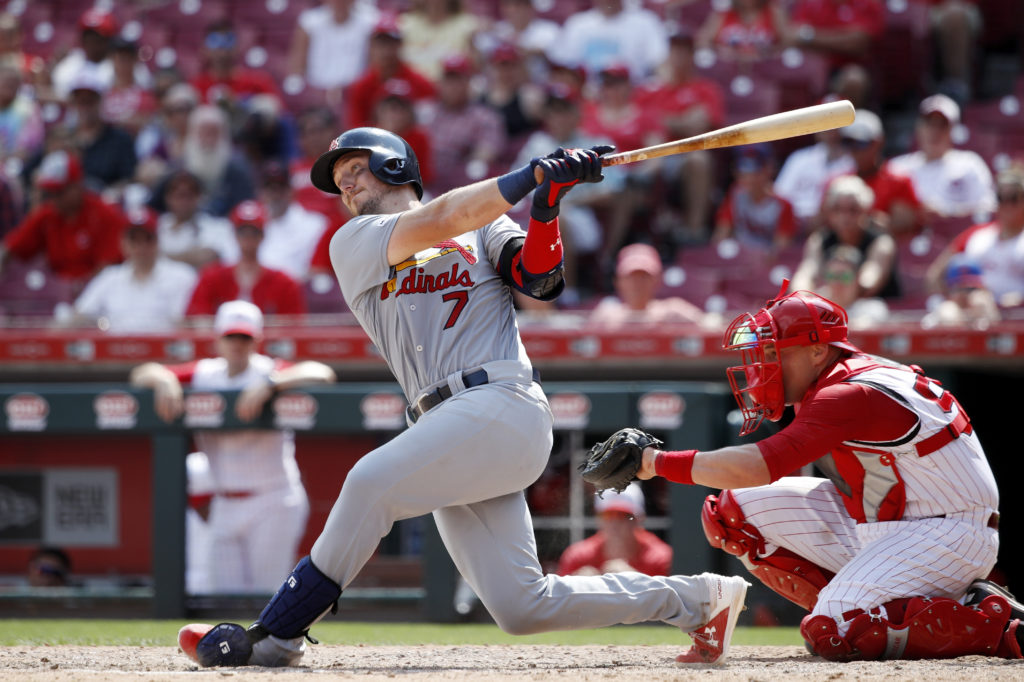 By Keith Law 1h ago

There are always a few players whom I consider for my top 100 but ultimately don’t make the cut. Here are capsules for nine such players this year, in alphabetical order.

Duran throws three pitches you could grade out as plus in a 95-99 mph fastball, a hammer curveball, and his trademark “splinker,” a hybrid splitter-sinker that comes in at 90-92 with a heavy bottom. He’s 6-foot-5, 230, and other than rushing through his delivery sometimes, he looks like a starter, and he doesn’t walk as many guys as you’d expect from a pitcher with two pitches that move like his curve and splinker. His command is probably the only real detriment to him starting, but he’s already had success in Double A at age 22, and I would at least bet on the upside potential of a No. 2 or 3 here, even with the risk he ends up a reliever.

Hernandez struggled in the High-A Florida State League last year on both sides of the ball, so while there’s still a reasonable consensus that he’s going to end up hitting for average and some power, his defense gets generally negative reviews from scouts. He’s also a poor framer, but with executives believing the automatic strike zone is coming soon, that may not matter as much going forward. In his defense (pun intended), Hernandez is a converted infielder, doesn’t have a ton of reps at the position, and seems to work at improving — and catching is so scarce that I’m not willing to give up on him or Andrew Knizner staying back there just because their defense is subpar right now. His bat might play at several other positions, although he’s going to have to do better than a 4 percent walk rate and a .299 OBP this year in the more hitter-friendly Southern League.

Jackson’s season was something of a shocker, as the middle infielder went to the advanced rookie Pioneer League at 19 and led all short-season players across six leagues in home runs with 23, four more than any other player. He also struck out in a third of his plate appearances, so there’s clearly work to be done in his approach. Jackson’s bat speed and wrist strength are exceptional, however, enough to believe the power he’s shown is real. He elicits some Javy Báez comparisons, which is easy to see given how fast his bat is and how big some of his swings and misses are. He can overstride and open up his front side too much, which pulls the bat head out of the zone too quickly, something the Angels have tried to work with him on. While he’s athletic enough to stay at shortstop, he needs more consistency on routine plays; he’d almost certainly be above-average to plus at second if he has to move. He’s a very high-beta prospect, as Báez was — if Jackson hits enough to get to the power, he’s a star given his position, but an approach this noisy means there’s a decent chance he never gets there and ends up an extra infielder or less.

Knizner makes a ton of contact, spraying the ball all over the field, and if he were a better catcher he’d be on the overall top 100. He has plenty of arm strength but is a below-average receiver, and scouts say they think he’ll have to move to another position. He could be a useful utility player who can catch 15-25 games a year, serve as a right-handed bat off the bench, and fill in at first and perhaps even third (which he hasn’t played since college). If he ever becomes an adequate receiver, he’d be a regular right away because of his outstanding ability to put the ball in play.

Palumbo missed a lot of bats last year — 33 percent of hitters he faced in Double A and Triple A, then 25 perfect in the majors – but walked more guys, and in the majors had trouble throwing strikes. He averaged 94 in the majors and has big action on his changeup, with depth but just average spin on his curveball. He missed bats with the fastball more than his secondary stuff, although he gets a lot of foul balls off his change. Ultimately, it’s going to come down to command and control — he had more of it in 2018, coming back from Tommy John, than he did in 2019. Palumbo has filled out his frame well in the last three years and looks more durable now as a starter than he did before the injury. If he gets back to throwing more strikes, especially with his fastball, he’d be back to a fourth starter (or better) projection.

Ruiz’s stock has definitely slipped in the last year for a variety of reasons, not least of which is that the Dodgers have appeared willing to trade him, unlike their other top prospects. (The presence of Will Smith ahead of him and Diego Cartaya behind him might also be a factor). A second reason is that Ruiz repeated Double A last year but performed worse in his second go-round, slugging just .330 in 2019, albeit with the minors’ second-lowest strikeout rate (minimum 300 PA) after Nick Madrigal.

Ryan finished second in the minors in 2019 with 183 strikeouts, and did so in just 123 2/3 innings, so he had the highest strikeout rate of any minor-league starter last year. He does it with deception and a plus changeup; his fastball is just average, although it can touch 96, and he doesn’t have an average breaking ball yet. He throws so many strikes and kept missing bats — even in a year-end cup of coffee in Double A — that he should keep getting opportunities even with the ordinary stuff. It seems like he should at least be a back-end starter in the near future.

Song was Boston’s fourth-round pick in 2019 out of the Naval Academy, but broke out in a big way after signing, sitting 95-96 with a better breaking ball and a new changeup that was already flashing plus. He was working in shorter stints, but the way the stuff ticked up, along with his history of strike-throwing, have jumped him to the front of the pack among Red Sox pitching prospects, with mid-rotation upside. As of this writing, he’s not going to pitch again until 2022 as he completes his two-year obligation to the U.S. Navy.

Waters keeps hitting for average and seems to have good hand-eye, but he has no approach to speak of, and it’s hard to see how he’s going to make that work against better pitching. He can play center field and has speed, although he doesn’t steal bases, and his above-average power doesn’t translate into homers. He did hit .319 in Double A last year in 108 games, just as he hit .303 in Low A the year before; if he does that and plays 60 defense in center, then he’s a regular or better, and he’s too low on this list. I just don’t think you can swing and miss this much in Double A and hit .300-plus in the big leagues.