The Patriots post GOAT, and why I am excited

Brady was not very good last year. It is known. There are a lot of proposed reasons for this:

But here is the thing. This team was on fire the first half of last season, even with Brady’s subpar play. There was a lot of talk early on about another undefeated season. That may not be possible again, but here is what is possible.

A new QB will not be like Brady. There will never be another Brady. Every QB the Patriots have from now on will come up short compared to our memories of Brady.

But if you look at Brady just last year, he wasn’t great. He had a poor attitude, and was moping at 9-1. If Harry ran a single wrong route, Brady punished him by not throwing to him again.

A new younger QB will not have these prejudices. Will not feel the urgency of father time on his heels giving him no patience with these younger guys.

Stidham, or whomever it is, has the whole offseason to work with these guys, to spread the ball around, and develop the NEW Patriots offense going forward with McDaniels. He will make a lot more mistakes than Brady. There will be some bad interceptions. But, I think the new QB will have more success than Brady did last year with whomever is out there at WR, instead of always trying to force the ball to Edelman. It will be fun to watch it develop.

So far, ignoring Brady, the personnel on the 2020 Pats, especially on defense, is not as good as the 2019 unit. They’ve lost players and will lose more. They’ve not made any notable moves in free agency besides keeping the McCountry twins. But every year, with Belichick, there are surprising new players that step up. The defensive unit will still be strong and will keep this team in a lot of games.

The 2020 opponents are a bit brutal as well.

But this will be fun to watch, fun to see it build, and I’m excited for it.

The other thing is, these last 20 years, and the six SB trophies, ANYTHING that happens is gravy now. Losses now don’t hurt as much. This was the greatest NFL dynasty ever, and always will be. I am far more relaxed as a fan now, and can just sit back and enjoy it, no matter what happens.

An article by Reiss talking about Stidham and other QB options: 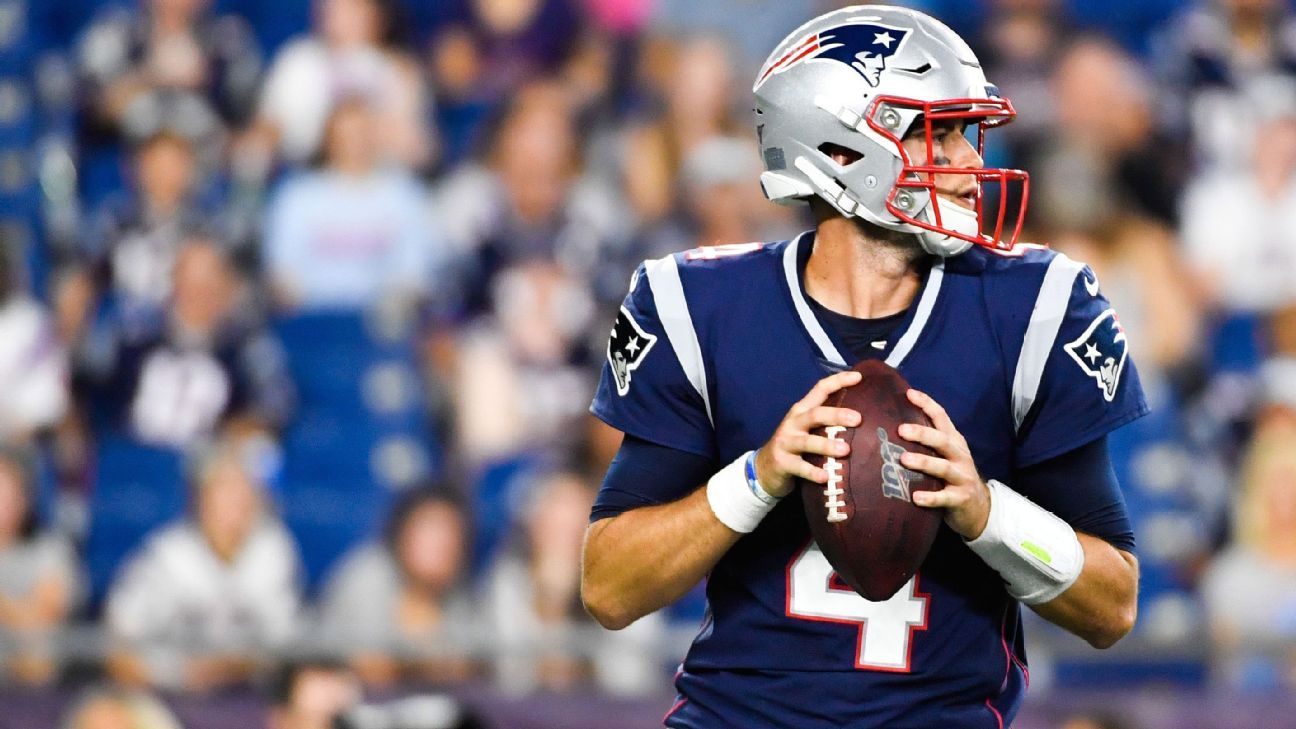 The 2019 rookie had a strong preseason, but he's no Brady, of course. He's the Patriots' top option, but could they look in another direction? 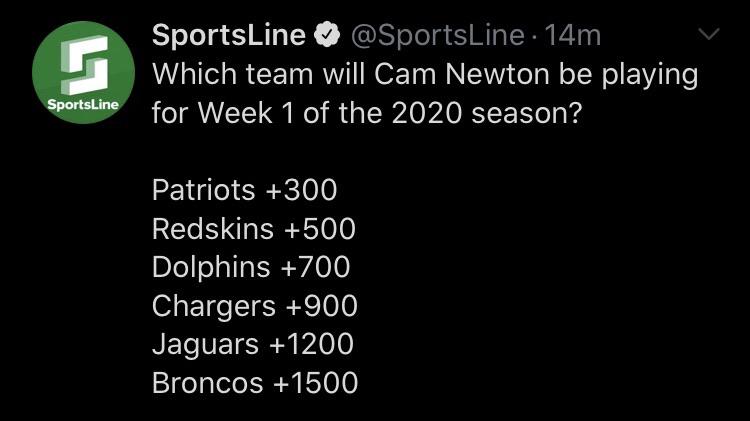 I totally want to run with Stidham.

Well said clown. I think it will be exciting as hell!!!

Except the 2011 chapter of the colts. Tank seasons are never fun

IF Bill goes to an established QB, I can’t see a fit out there other than Hoyer.

I thought about him but too much money at 21.3 million this year, unless he is cut and picked up.

looked it up again

Hey guys I just joined and been a Pats fan since the early 70s.
I’m hoping the Pats roll with Stidham.I know there;s not much cap room so will they roll with the receivers that they have ?

Been a fan since the 80’s and I too am really hoping we roll with Stidham this year. I am dying to see what he can be.

Hey guys I just joined and been a Pats fan since the early 70s.
I’m hoping the Pats roll with Stidham.I know there;s not much cap room so will they roll with the receivers that they have ?

Most of us so far are older as well. Thank you for joining.

Yeah, they picked up a WR yesterday, another midget. I’m thinking draft and Jags.

I started attending games in teh mid 70’s, been a fan of the laundry ever since but when Hannah held out with Grey I was pretty pissed off as a small lad.

Yeah, but that midget has Tyreek Hill speed and quickness. I think Bill and Josh are changing up the system in a big way with TFB gone.

Don’t know why the patriots wouldn’t just go with Stidham. If he doesn’t work out and it’s a down year, Then look at getting a vet or drafting one.

Cam I truly think his best years are done. He just hasn’t been the same since his super bowl year. Maybe I’m wrong. Maybe a team like the patriots can get him back to that form. But it’s risky.

I worked with a blue-collar Brit for about six months.

Picturing Tampa as a potential super bowl team is… weird.

I feel like Andy Dalton wouldn’t be a terrible option, assuming the Bengals cut him and he wants to sign a reasonable contract. No way the Patriots trade for him and his 18 mil price tag for 2020. Also assuming the Patriots think Stidham needs a bit more seasoning. Its going to be tough for whoever is under center week 1 next year, so maybe BB would rather have a veteren like Dalton to start the season and work Stidham in.

I just don’t see Cam and BB coexisting. Cam couldn’t even take the Panthers sort of implying he had asked to be traded without taking to social media.