The most significant Superbowl in history

The most significant Superbowl ever played.

As the Superbowl approaches I am reminded of the greatest game I’ve ever seen, Superbowl 36.

I bought the game on DVD off eBay as soon as I could. It was an ethical and legal gray purchase as the games are copyrighted but I threw integrity to the wind and bought it from a cop no less. I ripped it to my computer hard drive and have watched it at least a hundred times, many of them while smoking some ganja at night in bed on my way to the land of Nod. A brilliant game to watch to usher in a wonderful sleep and world of beautiful dreams.

That game, that day, that night stand out as the single best moment of my life. The company was superior, just my incredible soulmate and absolute love of my life. The hateful and tragic world changing events of 9/11/2001 were still fresh in our memories from several months earlier.

To open the game NFL greats in turn read the greatest, most important, earth moving document ever written, the Declaration of Independence. With tears of love, passion and sadness for the fallen nation I hugged and held her tight. We watched the events of that day forever to be remembered as 9/11, a day of infamy, unfold together for a memory never to be forgotten.

Then the game. What at a fucking game!!

From the beginning of the defensive beatdown of the Greatest Show on Turf in the first half at the hands of eventual Patriot Hall of Famers highlighted by Ty fuckin Law’s interception taking Kurt Warners throw to the house with his well earned swagger on full display as he crossed the goal line we all believed in the impossible.

Bill Belichick created a defensive game plan for the ages after coming up just short against those same Rams just several weeks earlier. He flipped the script, focused on and beat the crap out of the lynchpin of the Rams offense, Marshall Faulk and St. Louis had no idea what hit them. To this day a good few of their players are unable to grasp or explain how this upstart team of relative nobodies ended their dynastic birthright. This game was to be nothing more than a technicality on their way to immortality.

The halftime show with U2 performing “Where the Streets Have No Name” with the names of the 3000 dead streaming down in tribute from the ceiling of the New Orleans Superdome is a moment of solemn love, respect and sadness no one ought ever forget.

The Rams adjusted as great team’s do and fought back to push these Patriots to the brink and tied up the game at 17.

Then the drive to end the game of all games. The 1 minute and 23 seconds of perfection when Bill put the ball and fate of the New England Patriots in the hands of a very young unflappable Tom Brady is the stuff legends are made of. The drive was capped off by Adam Vinitieri’s ice in his veins, balls to the wall kick to end the most epic of games with time expiring to set the emotions of the long-suffering Patriot fan faithful to a place never before experienced. Pure elation and an irreplaceable joy washed over the an entire region of America.

I will never forget Robert Krafts perfect words for that exact moment in time. " We are all patriots and tonight the Patriots are world champions". Fucking chills.

And let’s not forget the humble Tom Brady being floored when presented with his new Cadillac as reward for winning his first Superbowl MVP. " That’s my car?" He exclaimed excitedly in disbelief.

A dynasty was born. A 20 year dynasty not likely to ever be surpassed.

Thank you for the immense value of seeing human greatness in action. This was America at her finest. We were all one people in a time of great tragedy and the Patriots in the same manner as their namesakes who won the American Revolution against a superior physical force and all odds gave birth to a nation, this time, Patriot Nation!!! 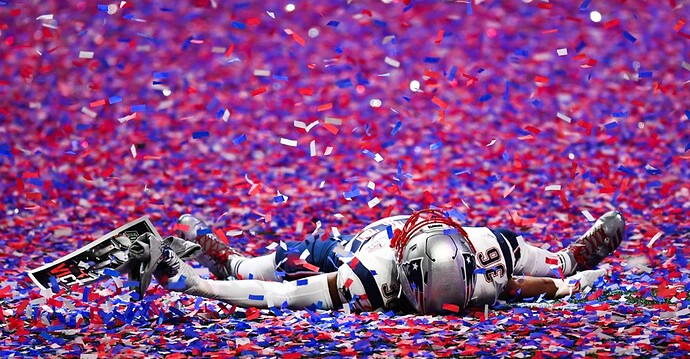 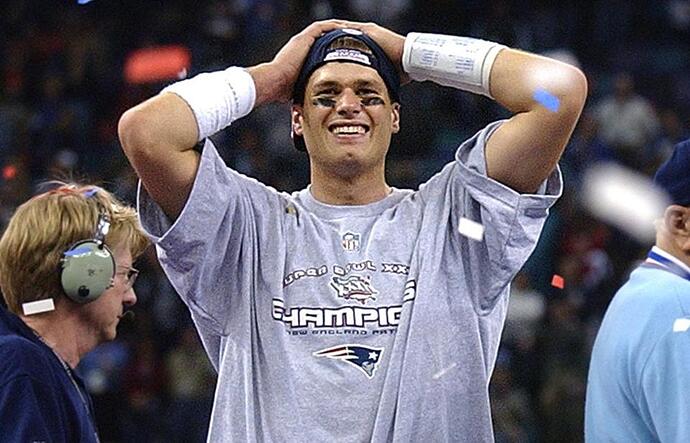 Wow beautiful words and I couldn’t agree more. For me it’s so hard to pick a SB above them all. Every Super Bowl the Pats and Brady played in we’re entertaining as hell. The Seahawks and Falcons game were probably the most entertaining for me. Brady has been apart of some legendary games. He changed the game and it really won’t be the same without him. It’s a new ERA now. Hopefully guys like Burrow, Herbert, Allen (I guess Mahomes) can give us a fraction of what Brady did for years to come.