This is a good article on a WRs the Pats could target in a trade. 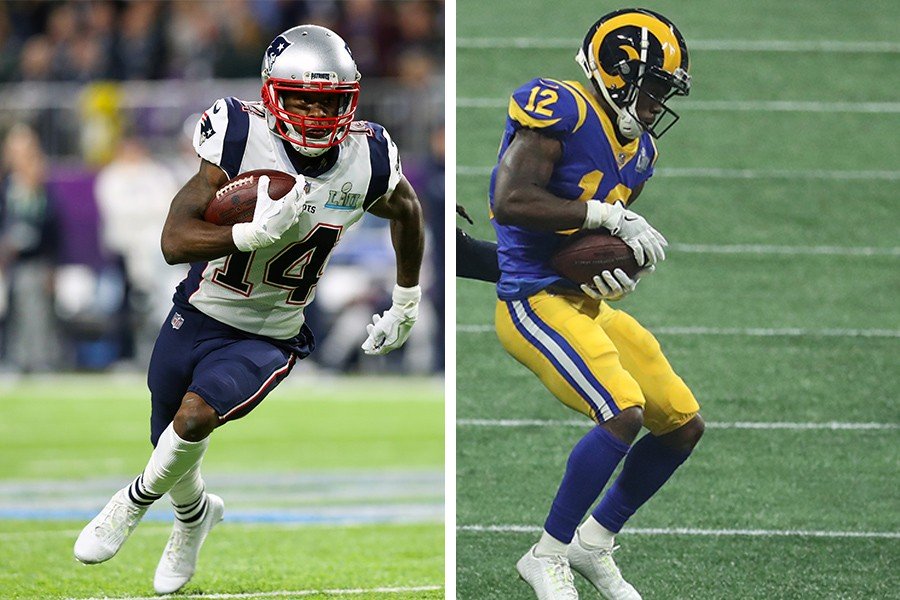 How could the Patriots replicate the Brandin Cooks trade(s)?

The Patriots' best bet at adding a premium receiver in the offseason could be to replicate their acquisition of Brandin Cooks by trading a first-round pick.

I feel like there are enough free agent WRs that the Patriots can rebuild their WR corps with just money and not give up draft picks.

AJ Green - chasing a ring? (Assuming he is healthy)

Amari Cooper -bit if a diva but talent is undeniable

Devin Funchess - big and under rated

Emanuel Sanders - BB has tried to get him before

They don’t have the cap room to sign the Top Flight Free Agents (somewhere around 40 million) Cooper is looking at 18 million per and Green would be close.

I think their best bet would be a trade for an an expiring contract like they did for Cooks.

Sanders may come here on short money if Brady is here, maybe, the rest not so much.

I agree on Cooper. Was thinking maybe Green takes a discount to chase a ring. If not oh well.

They need a prototypical X receiver to bring NKeal along. If not Cooper or Green, maybe Tyrell Williams?

The rest of those guys on the list I posted should be relatively cheap. I would love to get Sanders. He just seems like a Patriots type player. Cobb too, although I think there is a lot of overlap in Cobbs and Edelmans games.

Its also a deep year for WRs in the draft. But if Brady comes back he doesn’t have time for new guys to assimilate and develop.

So give me a WR corps of Edelman, Sanu, Sanders, Cobb, Meyers and Perriman or Tyrell the Gazelle and ill be happy.