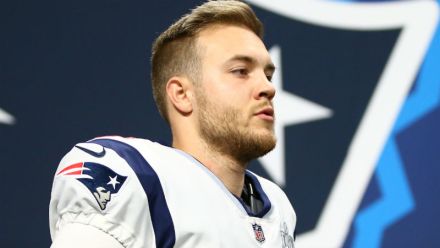 Ryan Allen was able to hold off a young challenger last summer. He could not repeat that feat this year. The New England Patriots are releasing Allen, according to a report Monday from Jim McBride …

You could see it taking place, it was as obvious as BB could be.

Now if the kid can get holding down.

Why never any completion for Ghost though? It doesn’t seem to make sense.

According to spotrac, releasing Allen now means the Patriots take a cap hit for only $100k, as opposed to the $1.5M (non-guaranteed) for which he originally signed.

So, if Jake Bailey is really Allen’s equivalent at the price of $567,245 for this year, I can see the financial sense of this move.

However, Ryan Allen was arguably one of the ten best Patriots on the field in last year’s Super Bowl. He made enough of a positive difference in the field position battle for me to notice the punter.

Not the worst last game to have.

one thing I see with Bill is he will cut someone earlier in camp, not to be an ass and cut him, but to give the player a greater chance of being picked up by another team.

Ryan was arguably the MVP with his punting, Not that they would ever pick a punter, keeping field position favorable for the Patriots. He will be missed.

Ghost is still one of the best kickers in teh NFL, top 5, and they typically do bring in a player to compete when cutting him is favorable. Ghost signed in April so I think the bonus is too much a hit.

Don’t sleep on punter Jake Bailey…he ran a faster 40 than Nick Bosa, and pumped out twice as many bench reps as Hunter Renfroe.

I don’t know if that’s good, or if that’s like saying that I exposed as many POW tunnels as Sergeant Schultz. 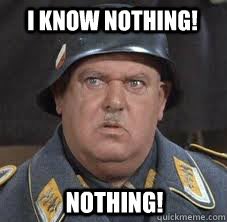