Captain Pike, Mr. Spock, and Number One are officially getting their own spin-off series. 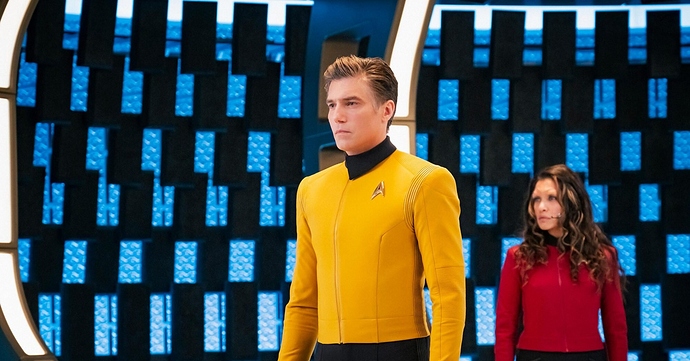 Captain Pike, Mr. Spock and Number One are officially getting their own series 'Strange New Worlds'

The studio says " Strange New Worlds will follow the crew in the decade before Captain Kirk boarded the U.S.S. Enterprise, as they explore new worlds around the galaxy." The title and timeline suggest the series might be more of a throwback to episodic planet-of-the-week storytelling of The Original Series ( Discovery and the studio’s other new series in the franchise, Star Trek: Picard , are far more serialized in their approach).

Anson Mount was very good in the role.