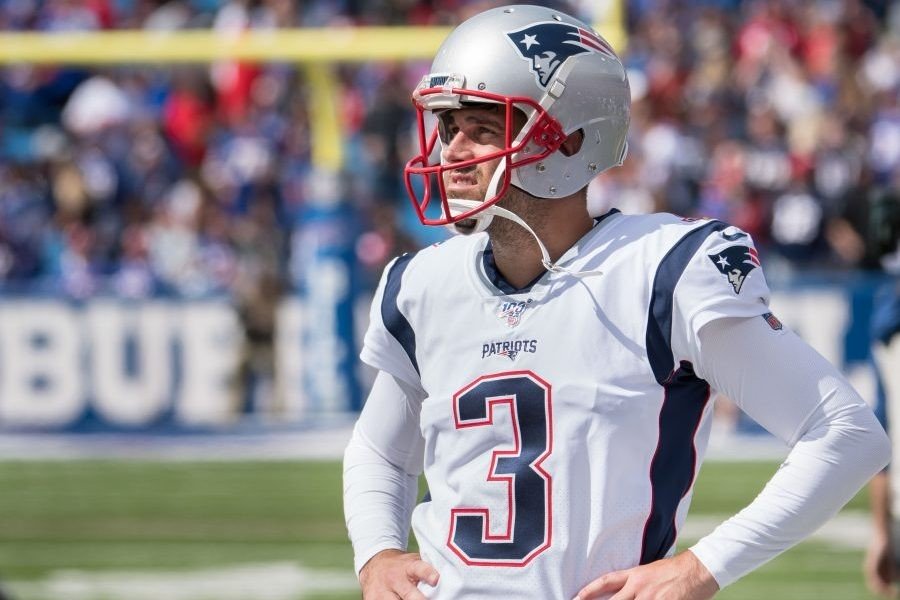 Add kicker to the list of needs for the Patriots to fill this offseason. The Pats are reportedly releasing longtime kicker Stephen Gostkowski.

He was due a bunch of cash but Big Sky Fly must be thrilled right now. He has been down on him for a couple of years.

Holy shit Tyler Bass was on a rec soccer team with my oldest son when they were like 10 years old. His dad was a complete douchenozzle. The kid ended up kicking for the HS both my kids went to.

By releasing K Stephen Gostkowski (as 1st reported by @globejimmcbride), the Patriots clear some much-needed salary-cap space but leave themselves with a notable void at the position. Gostkowski, coming off left hip surgery, was scheduled to count $4.8m on the cap in 2020.
TylerD March 23, 2020, 11:51pm #5

Must be the coronavirus

Both Ghost and Desir were salary cap casualties.

Ghost and Tom have accounted for 69%* of all patriots points the past 11 years.

*actual number may be slightly different but I gronked my post.

Or a massive 443 reg/post season games ago

That is a very interesting way to look at it. 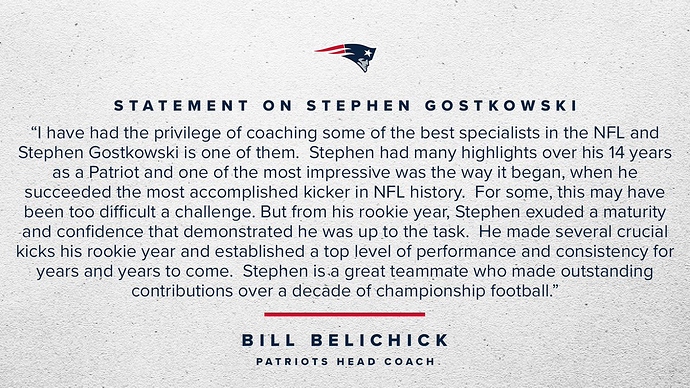