I may not be around to post the lineups but you’ll be able to find them here closer to game time:

Wouldn’t that be nice! I love posting, but would be nice to have some others to hold the fort at times hahaha. I will miss the first couple innings, it is suppose to be nice tonight so might take my kiddo for a walk after work. Yesterday was raining and yucky so we didn’t get to do much, but should be around for the rest of the game.

Walk might be in trouble again today, it’s raining again UGH! We need rain because it’s been so dry but my kid gets cranky being in the house all day. Oh well

If the thread johnlocke started on Patriots Planet turns into a thread about the Sox, I’ll be pissed. That happened when Mikie started a thread inviting people to Sox Planet.

If that happens, johnlocke, you should ask a mod to lock the thread 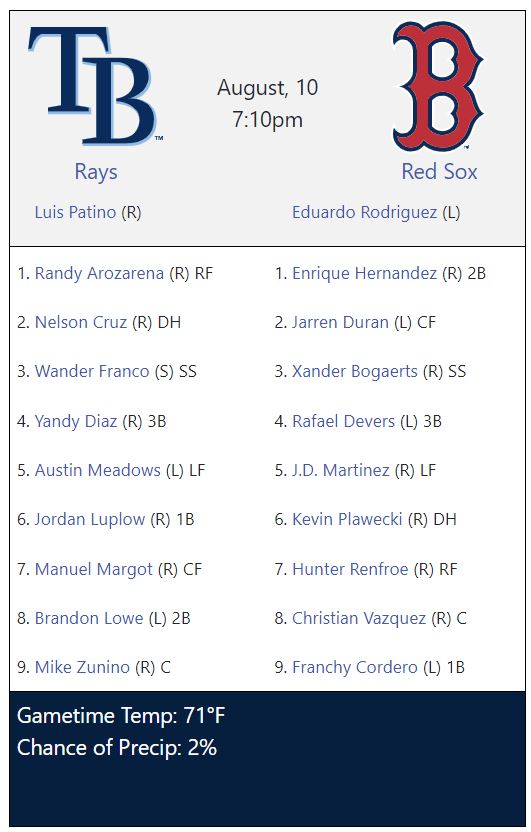 Agreed, I Remember that happening last time he started that thread. That is super annoying… I really don’t get why people are opposed to joining this forum.

I posted and told them to get their butts over here.

Joolz, you might have to hold the game day thread down just for the first inning or two. It stopped raining, so I am taking my little man for a walk. Probably won’t miss much though.

I was going to say, “Maybe there just isn’t much Sox fans over on Pats Planet” but there definitely seems to be, as they are going to the games and stuff so…

I’ll see what I can do, Tyler. Jeopardy might get in the way

Enjoy your walk with Little Man!

You and I and @johnlocke hold the fort pretty damn well, so even if we got 2 or 3 new members would be awesome. That one fella joined up but seems to have dropped off

Hahahah no worries, I won’t miss much, I should be back for most of it regardless.

Chris_JP. That is him, where did he go. He was a nice chap.

Yes, Chris was here for a while but disappeared. I had hope too.

I want Thep and sprocketboy back

Don’t understand why they don’t come on here anymore 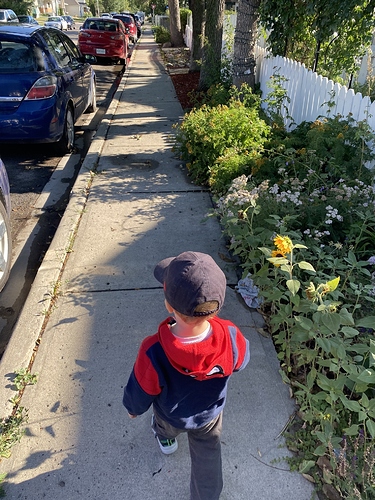 I feel bad about Thep leaving. He is a fantastic guy. But sometimes it gets to people that may be going through a hard time, what someone else flippantly says, and it’s less stressful to not be online.

As far as overall membership, I am still not sure, but it’s clear I am spread a little thin now for marketing efforts. I will continue to do what I can, but you guys have free reign to do what you can to build it into your own community if you can figure out a way to lure others, especially from sources other than the Planet since that doesn’t seem to often work.

I have a prediction. The dude that posted in the thread on Patriots Planet about having tickets to the game on Sunday is going to post about THAT game in THAT thread rather than coming here.

Hey man, we appreciate your efforts. You can only do what you can do. I try and spread the word with my friends, but the problem with me is I am Canadian and all my friends are Blue Jays fans LOL.