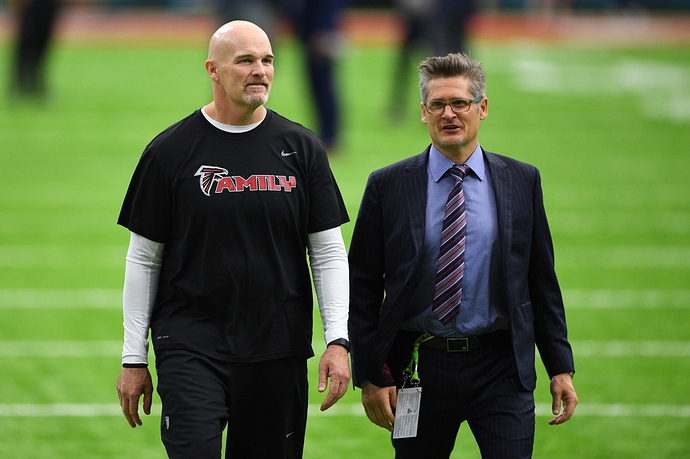 The Atlanta Falcons announced Friday that both HC Dan Quinn and GM Thomas Dimitroff will be back for the 2020 season. “Over the last two seasons our results on the field have not met our standard or the expectations of our fans,”...

I want the Colts to take Matt Ryan

Stupid Falcons fans wanting him gone bahahah!!! Legit the only reason they won any games this year. Give him a defence and a solid running game, and that man will take you to the playoffs every year.

Lmao!!! Better than what the Colts did in the Conf Final against the Patriots. What was that final again. 100-7 or something ahahahahah.

Matt Ryan is definitely a QB that needs momentum. When Atlanta catches fire they are a hell of a tough team. But a cold Matt Ryan is ugly lol! I never understood the phrase Matty Ice. I like him as a QB, but he sure wasn’t clutch in the Super Bowl against the Pats.

I believe what @TylerD (and probably fans of the rest of the teams in the NFL) is saying is … give us a 28-3 lead over the Hated Patriots in the third quarter, and we’ll take our chances.

Hey hey!!! The Colts could have come back from that 38 point beat down… If there was an extra few quarters… You never know…