The league is changing with all these vets leaving.

not even Archie loves Eli, even his mom calls him Little Pey Pey still.

Eli made more money than Pay-Pay.

I read somewhere today that in terms of collected salary he made more money than anyone else to date.

The only stat Eli was ever top 10 in was interceptions and his team is below 500 in his starts.

Luckiest sperm of the family.

Granted I don’t think Eli personally is anything that great his 07 playoff run was pretty amazing against some really good teams. A quick stat look up. He was
75/119 760 yards 6 TDs and 1 pick

3 of those teams being Dallas, Green Bay and New England. Giants defense was good that year but Eli certainly did his part.

From the epic Fitzy. Oh he’ll get in alright but that just demeans the nature of those are in, in a similar way but not entirely to Namath. Eli did have the longevity.

5 reasons Eli Manning is not a Hall of Famer

In an all-too early offseason where Patriots fans have plenty of internal matters to obsess over (STAY, TOM!), the retirement of a certain multiple Super Bowl conqueror and perfect season bandit is certain to set off one and many fiery bar

Don’t really care for Skip but I’d say this is pretty spot on.

he did have 2 good runs out of 6 times getting him team to the playoffs in 26 years. That is all. 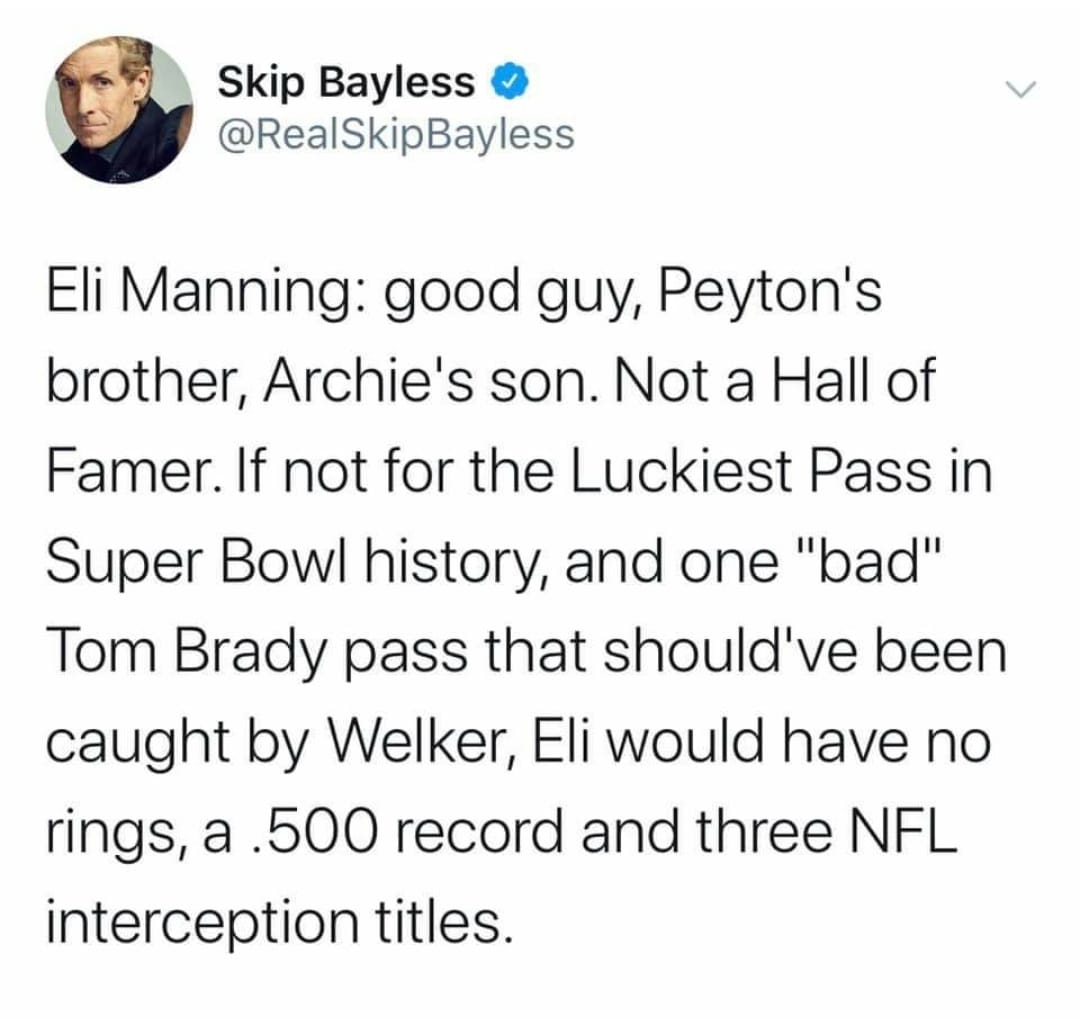 Ya I do agree with that. His 07 run was pretty amazing, but if one good run gets you in the Hall of Fame, a lot of players should make it then.

Exactly! If Eli gets in it should open up an entire flood gate to others. 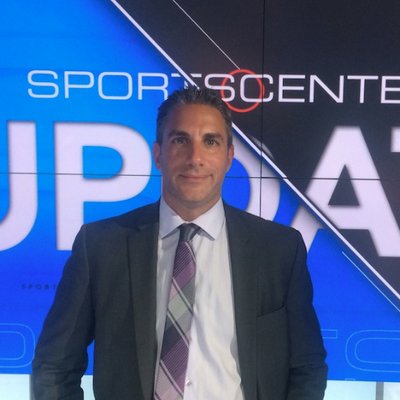 one good run gets you in the Hall of Fame

I wish I had “beating the GOAT in my Profession … twice” on my resume.

Were that the case, I would not even deign to converse with you peasants.

Not until Jeff Hostetler gets in.

Fair enough. Lol but the last few years of his career were so bad haha