Craig Kimbrel for the Sox

Craig Kimbrel and have entered the winter telling teams he wanted a six-year deal. That never came close to materializing. Kimbrel’s winter has been a perfect storm of awfulness. Bad October. Draft-pick penalty for the team that signs him because Kimbrel turned down the one-year, $17.9 million qualifying offer. Understandable ask based on his history, but risky considering how teams today view closers. No clear fallback.

The Boston Red Sox make sense in almost every regard. He helped them win a World Series. Kimbrel put up a 2.44 ERA and struck out 305 in 184⅓ innings over three seasons for them. Most of all, the defending World Series winners’ closing options consist of Matt Barnes, Ryan Brasier and a host of others who have not regularly pitched high-leverage ninth innings.

Here’s where they don’t make sense: Because the Red Sox are nearing the third threshold of the luxury tax – their payroll is around $240 million, and the next tax level hits at $246 million – the price of Kimbrel would be unreasonable, even for a team like Boston that clearly does not hesitate to spend.

Say Kimbrel wants a deal that averages around $17 million a year. That’s what Wade Davis and Aroldis Chapman got. Boston pays a base tax of 30 percent on every dollar over the first threshold of $206 million and an additional 12 percent surtax on every dollar from $226 million to $246 million. Anything that takes them past the $246 million mark gets taxed 75 percent total.

So assuming the Red Sox are at $240 million, the first $6 million of a theoretical Kimbrel deal would cost about $2.5 million in taxes. And on the $11 million, Boston would pay an additional $8.25 million. In other words, a $17 million-a-year Craig Kimbrel deal for the Red Sox would cost them $27.75 million this year – or a smooth three-quarters of a million more than the New York Yankees paid reliever Adam Ottavino for three years.

Look, Boston could say: “We won the World Series last year. We’re flush with cash. Let’s do it.” But the Red Sox didn’t earn that championship through a lack of discipline.

I guess my question is, if not Kimbrel then who will close? 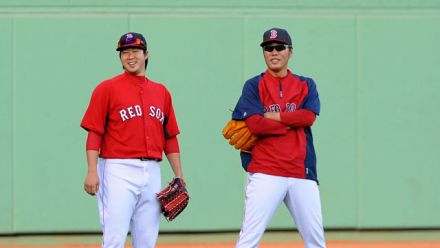 Pinpointing the place of Koji Uehara and Junichi Tazawa in Boston Red Sox history isn’t easy. The two relievers — who both will reportedly have new homes in 2017 — largely will be…

Barnes will be the closer this year u less they really cash out for Kimbrel. 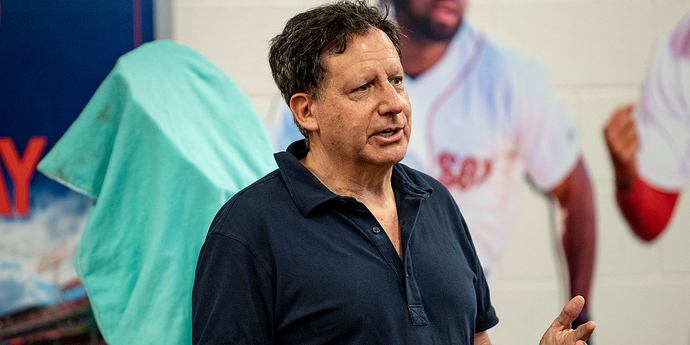 The Red Sox still haven't named a closer. Craig Kimbrel still hasn't found a home on the free-agent market.However, Red Sox chairman Tom Werner suggests not to read too much into those two independent factors.Chances that the club will re-sign their...

If he returns it will be one year for under 10 million because of the luxury tax. 10 million will cost sox about 15 I think with taxes - too lazy to look it up.