The NFL playoffs get underway Saturday afternoon with a first-round AFC matchup in Houston between the fourth-seeded Texans and the fifth-seeded Buffalo Bills.

The Bills are seeking their first playoff victory since December, 1995. The Texans are trying to advance in a season that began with Coach Bill O’Brien’s win-now trade with the Miami Dolphins for left tackle Laremy Tunsil and wide receiver Kenny Stills. The Texans are in the postseason for the fourth time in six seasons with O’Brien as their coach. They have a 1-3 playoff record under O’Brien, with the lone victory coming over the Oakland Raiders in the 2016 season.

The winner will face either the No. 2 seed Kansas City Chiefs or No. 1 seed Baltimore Ravens next weekend.

What you need to know

Where: NRG Stadium in Houston.

Third-year Texans quarterback Deshaun Watson is still looking for his first NFL postseason win. He threw for 235 yards and a touchdown in last season’s opening-round loss to the Indianapolis Colts. Watson is coming off a very good 2019 regular season in which he threw for 3,852 yards and 26 touchdowns, with 12 interceptions.

O’Brien upped the stakes for this season when the Texans made the deal with the Dolphins in late August for Tunsil and Stills. But he also traded away defensive end Jadeveon Clowney, and the Houston defense struggled this season, to the tune of a No. 28 ranking in total defense. They hope to get a playoff boost from the return of three-time NFL defensive player of the year J.J. Watt, who was activated from the injured reserve list after suffering a torn pectoral muscle in late October.

Buffalo’s formula for winning games is to lean on its rugged defense and running game. The Bills ranked eighth in the NFL in rushing offense during the regular season, and were second in the league in scoring defense, third in total defense and fourth in pass defense. Standout cornerback Tre’Davious White could be matched up often Saturday with top Texans wideout DeAndre Hopkins. It’s not clear whether the Bills will have to worry about speedy Houston wide receiver Will Fuller, who’s listed as questionable because of a groin injury.

Second-year Buffalo quarterback Josh Allen improved this season as a passer but remains more effective as a runner, with nine rushing touchdowns during the regular season. The future is bright for a young Bills team that seems to be growing ever more confident as it develops under Coach Sean McDermott. Whether the Bills are ready to spring a postseason upset in Houston remains to be seen.

Deshaun Watson’s game is a mix of risk and restraint. To get better, he learned chess. The quarterback’s fearless playing style and slim frame have contributed to a long history of injuries, including two torn ACLs in four years, and he is all too aware of the NFL quarterbacks whose careers ended or changed because of an attack they couldn’t avoid. Chess has similarities to his profession, and if he spent hours of his spare time fine-tuning his body, why not do the same with his mind? (Read more)

NFL picks against the spread for wild-card weekend. Houston’s division title and appearance in the playoffs overstates how well it did this season. The Texans’ have a poor defense compared to the rest of the playoff field and have been vulnerable to the pass. (Read more)

Canada plays Finland at 12 and then this. Full day of sports

If it’s curling, the South Korean Women can kick both teams’ asses. 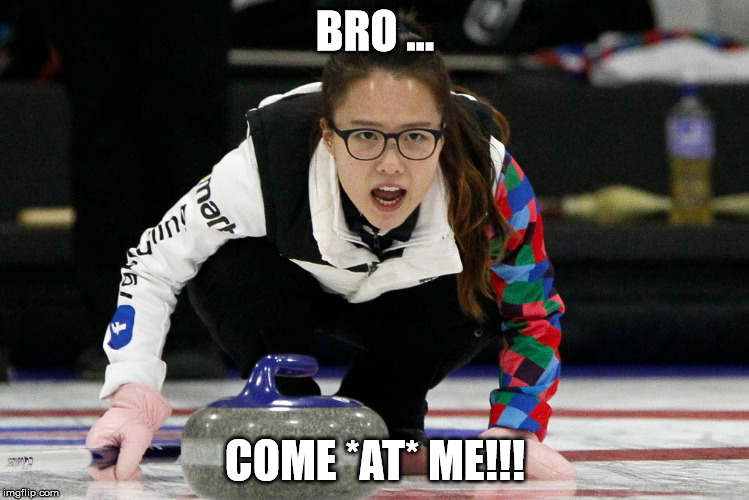 I actually like to watch women’s curling, especially in the Olympics. It’s an interesting sport.

Which one of these teams has a better chance to beat the ravens?

Bills in my opinion. Defense is legit. Houston got smoked by them earlier.

Which one of these teams has a better chance to beat the ravens?

Not to look too far forward, but I am one of these fools who wants the Patriots to win on the road against KC and Baltimore. So I hope the answer is “neither has a legitimate chance.”

I understand that pov, and it makes a better story when you can look back on it. There is also no doubt they earned it in that case.

Just not the easiest road as a fan to watch.

That was a great play.

Texans defense is going to get tired if the offense continues to do squat.

So far, the Bills look like the much better team.

Whoever this former Colts player doing color commentary is, he is as dumb as a box of rocks.

Typical buffalo. Lol. Fumbles and messing it up

God, the Bills are dumb.

Bills are toast. Josh allen messed up and same with the o line.