Bruins at the Trade Deadline

According to NBC Sports, it’s not as crazy as it seems … 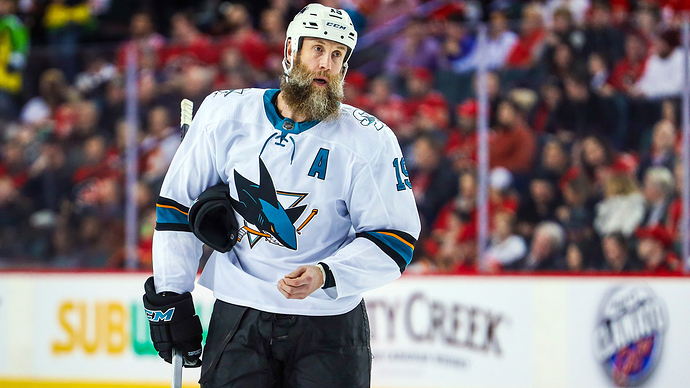 Are these the final days of Joe Thornton suiting up for the Sharks?

I think I like the rumors about Kreider more than this one.

I think I like the rumors about Kreider more than this one.

I just looked a couple things up on capfriendly.com:

Am I correct to assume that the Bs would only have to use about $1.2M of their remaining cap space to cover Kreider’s salary for the rest of this season, should a trade go through? I am assuming here that Kreider would be the only NHL’er in the deal; in other words, the Bruins would only send picks and/or prospects back to the Rangers in return for him.

There is another site that tracks the Bruins cap status pretty much daily called bruinscap.com. Here is what they are saying now, after the Backes trade: 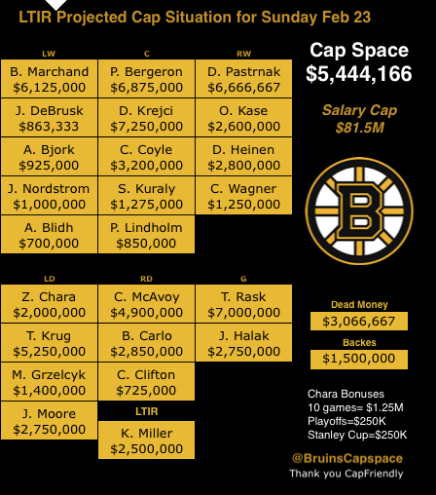 One more trade today … again, with the Ducks. 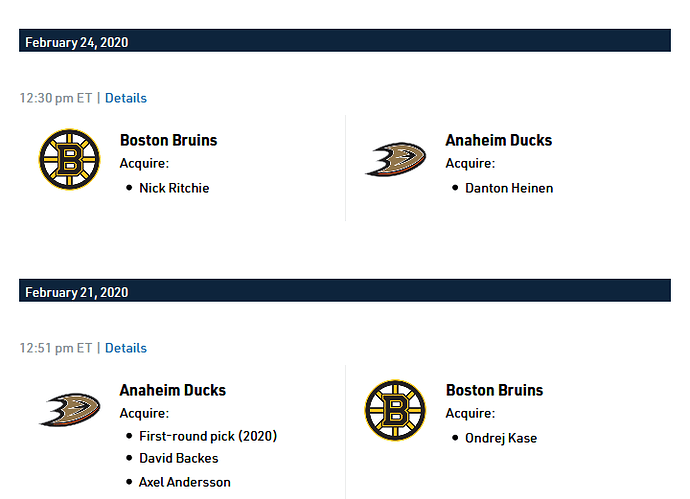