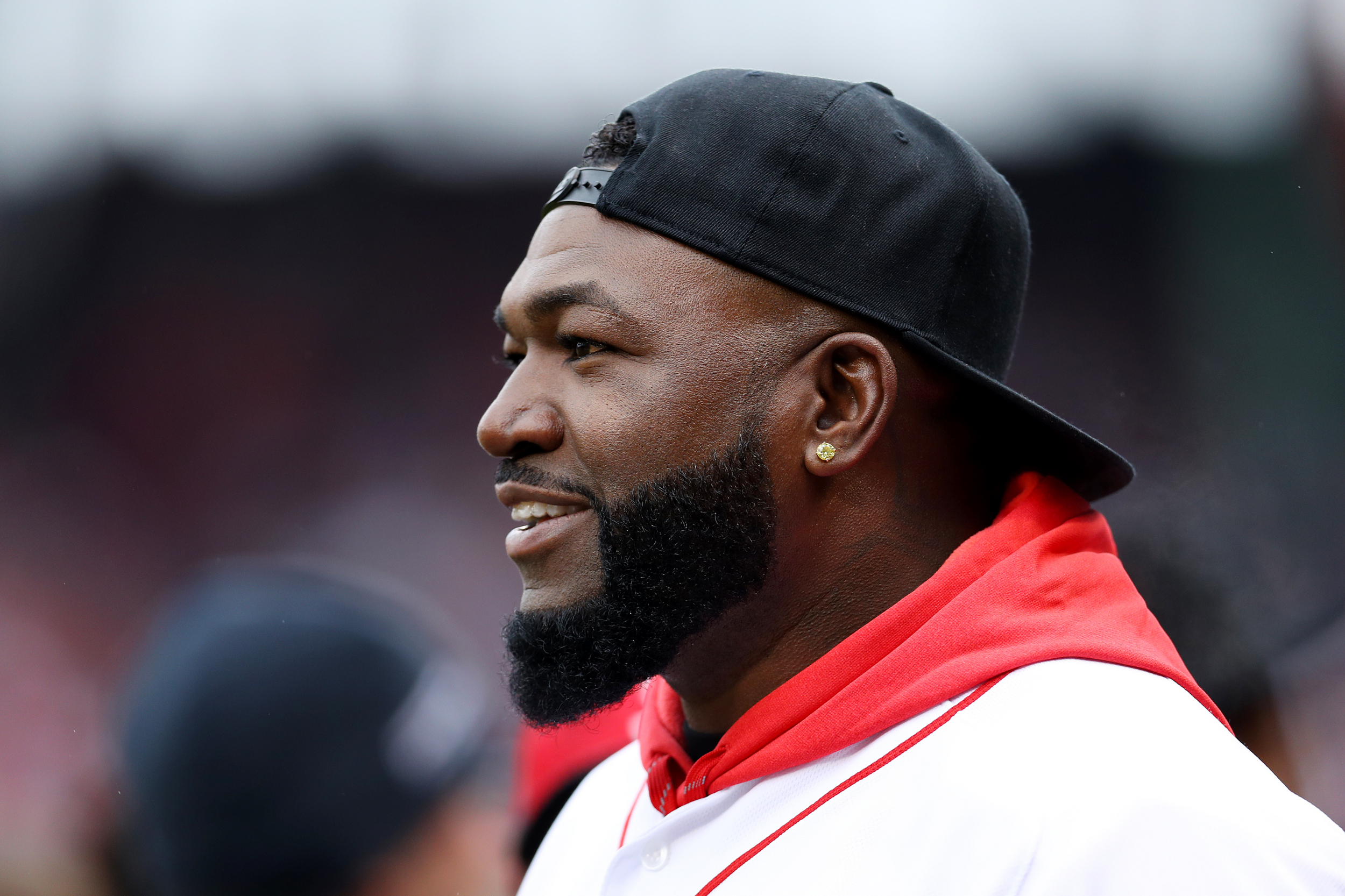 The 20-season MLB veteran was shot outside a club in Santo Domingo on Sunday night but is recovering in hospital.

Barstool Sports has a video of the shooting and the shooter getting beaten.

THE SHOOTER GOT HIS ASS KICKED!!

I wonder how long before he has an accident in jail.

Well, I guess if my links are taken from here and posted there I’ll steal their stuff and post it here.

No, Mikie. It’s my anger spilling over about the fact that those folks there don’t post Sox stuff here. I need to get over it. I really do.

Did this guy know who he was shooting?

I can see why the crowd would be so angry. A Dominican that the whole world knows and seems to love, and he gets shot by one of his own.

He may not live very long in jail. He might take a “tumble “ downstairs lol. 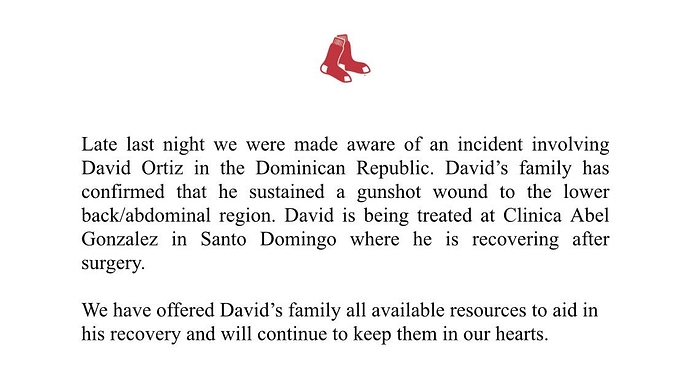 He’s on his way to Boston 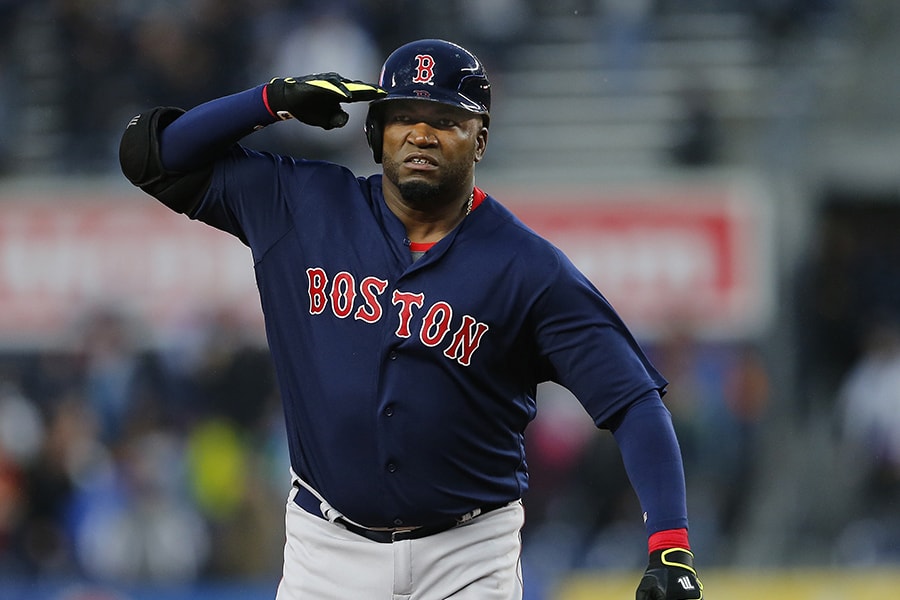 Red Sox announce David Ortiz is stable enough to be flown to Mass General on...

David Ortiz is in stable-enough condition in the Dominican Republic that the Red Sox can fly him to Boston for further care at Mass. General Hospital.

If true, Papi asked for it. The side dish was more important to him and the other cat sought revenge.

It is not the medicine I worried about but the people trying to kill him. This was a hit, a simple act of attempted murder and we now know why, Papi was banging a drug lords chick.

I hope this DR Drug Lord paying an off-duty corrupt angle turns out be bogus, but, if that’s all true:

no these guys are singing but no one cares because point two is correct, Drug Lord is in hiding fearing the police will silence him now.

I have to assume this isn’t side-dish no.1 in the papi life so she stays and they do the Kobe Bryant repair tour

Papi went deep in the wrong ball park!!! That park did not allow a designated hitter!!!

This should settle the debate whether Ortiz is a HOfer.

Woman Allegedly Involved With David Ortiz Speaks Out On Controversy... 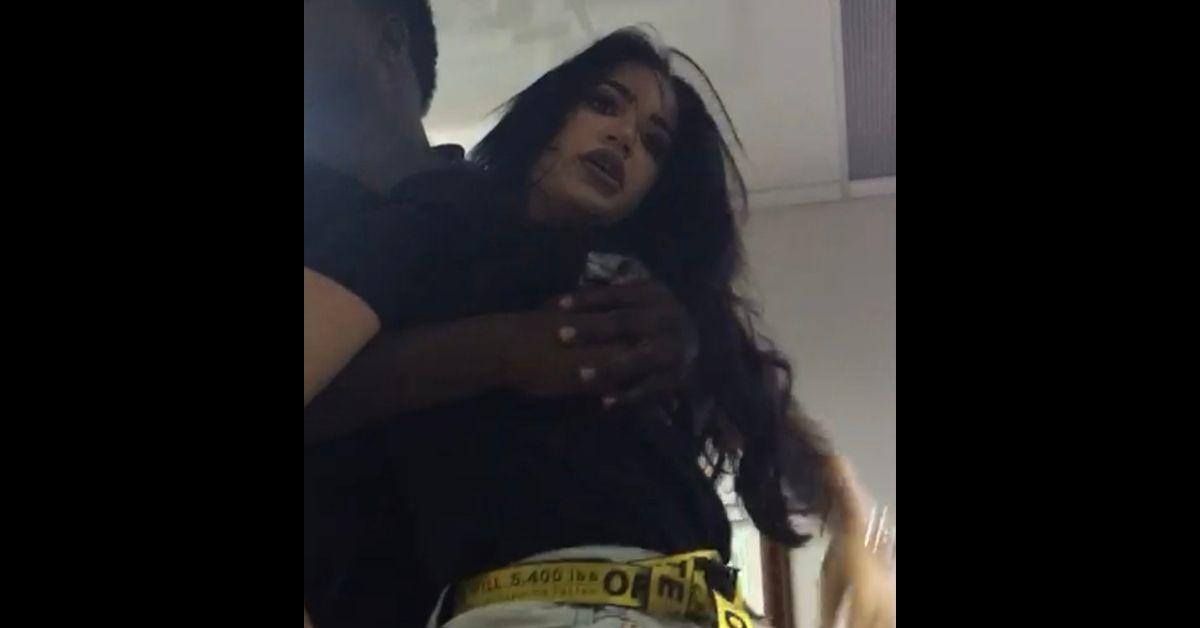 Getting Messy: It is alleged that David Ortiz was shot because he has been seeing a Dominican drug lords wife (NSFW video of alleged side chick and sister fighting at hospital after shooting)