Alex Verdugo was credibly implicated in a sexual assault. Why doesn’t that seem to matter?

The unspoken problem with the Mookie Betts trade. is quite a serious thing. I get they were 18 and 17 years old but maturity is an issue with this player. are we going to just let it go? 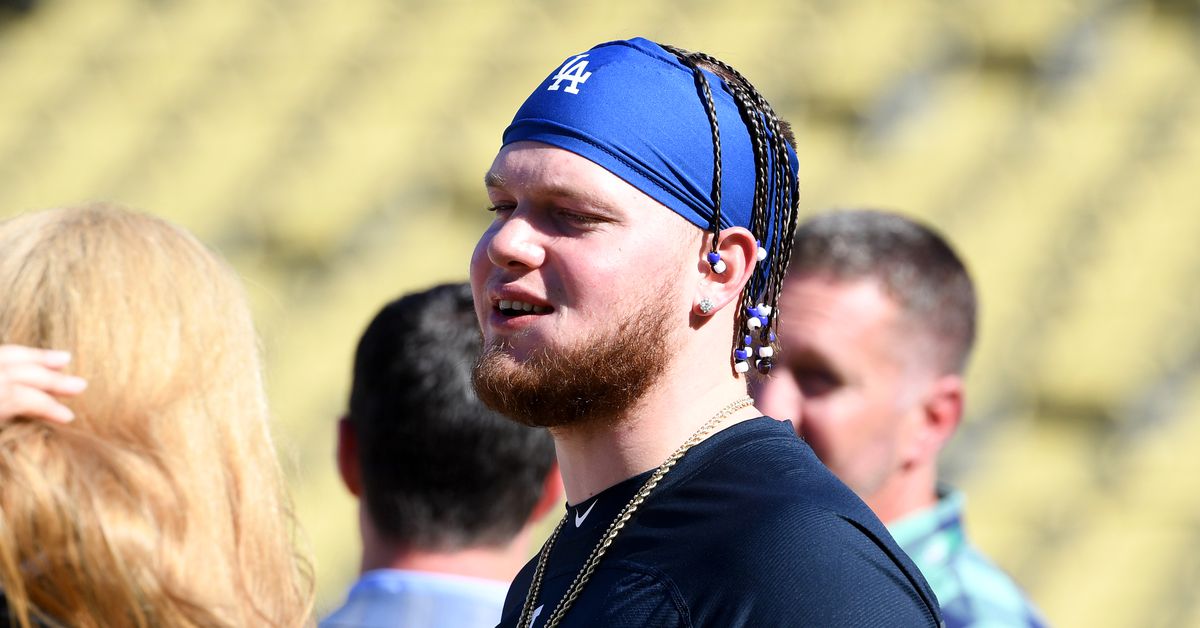 The Red Sox traded their franchise player for a man credibly implicated in a...

Alex Verdugo was credibly implicated in a sexual assault. Why doesn’t that seem to matter?

I’m conflicted about this.

Full disclosure: I’ve spent most of the last 3 years watching my HS aged son do his very best to burn his life to the ground. There was no sexual assault involved but other criminal charges are.

I have read various reports about this and its all kind of murky. The incident itseof was never reported by the girl, it was reported by the girls grandmother. And it wasn’t reported to the police even then. The grandmother sent an email to Dodgers executive Gabe Kapler. The police were never involved until the girl was arrested on an unrelated shoplifting charge a week later, at which point she tacked on the sexual assault allegation.

And even then the girl was mostly uncooperative to the point that no charges were ever filed.

I read someplace (I can’t find the article now) that the girl herself said that the sexual assault started while she was alone with the other player and that Verdugo and the other two women returning to the room may have stopped it.

He was not implicated as the player who sexually assaulted the girl. He watched her being beaten & was either the one or one of the players who filmed it. #RedSox

He was nearby, in another room, when the alleged sexual assault occurred. What he knew or didn't isn't clear. #RedSox

Did something sketchy happen that night? I believe it did. Is recording someone getting beat up and posting it on IG pretty shitty? Absolutely. Did a sexual assault happen. Probably. Did Verdugo make a series of bad decisions that night to even be in the situation he found himself in?. Seems like it.

But as I’ve found out over and over the last 3 years, the knucklehead factor is strong in some kids.

So how do we go forward? Do we throw the baby out with the bathwater, just to be safe?

Let me get this straight. A friend of his sexually assaults a girl, and possibly beats her, and he not only doesn’t try to intervene, but also, reaches for a camera so he and his friends can re-watch the episode over some beers?

I read he filmed it, he also was in the room when the friend started to touch the girl. It was the two girls returning that stopped it.
So I am basing it on that info.

Now if he was not in the room, totally different story.

She was also 17 and he 18, you see seniors dating freshman all the time. Larger age gap than that. So the kids were all the same age so what the truth is and what the parents/grandparents hear is never the same.

I always thought Kapler was a straight shooter so I wonder if he would risk it all for this kid.

If he was out of the room, and his return stopped it I have no issue with filming the fight and can’t blame him for the assault.

Yeah I think back to being 18 years old and dumb things I did. Nothing like this but so lucky no instagram and shit existed. Tough being a kid now. Everyone is recording everything.

Yeah I think back to being 18 years old and dumb things I did.

Okay, there is a big difference between “dumb shit teenage boys do” and “felonious sexual assault.” A 16-year-old persistently trying to cop a feel from the 15-year-old he is making out with on the campground while she keeps shoving his hand away? Not admirable behavior, but also not really legally actionable.

There were a total of three sexual assaults by Dodgers players reported at that hotel under Kaplers watch. (The other two had nothing to do with Verdugo) He swept all three under the rug.

Why isn’t the media crucifying Kapler?

I mean until all the click baity headlines started up.

No one knows what he knew and when he knew it. Its just a shit ton of speculation.

No one knows what he knew and when he knew it. Its just a shit ton of speculation.

Fair point. If it turns out to be click bait bullshit, or if Verdugo was passed out drunk in another room (or even in the same room) at the time, then obviously he should be exonerated by the Court of Public Opinion.

But even if all he is doing is taking video of a dude fighting with his girlfriend … unless he intends to turn it over to the cops … why???

exonerated by the Court of Public Opinion.

The problem is once the witch hunt is on Verdugo will always be “the guy who helped rape a girl”.

The video was of the other two girls beating up the third girl. No player ever hit the girl.

Unfortunately in this day and age when a fight breaks out the first thing a lot of people do is reach for their phone. YouTube us littered with videos of drunken fights. While I find that behavior kind of scummy its doesnt surprise me that it happened.

Truly I believe that in a lot of peoples eyes the worst thing Alex Verdugo did was get traded for Mookie Betts.

two chicks beat up a drunk chick, some one filmed it…

after that it is all heresy but the points I hear most are he was present during the beat down, may have filmed it and that he was not the one doing the assault but stories differentiate on if he was in the room at the time or not, and if in the room, we do not know his condition, was he sober enough to realize the assault was not consensual?

after that we do have to wonder what Kapler was doing squashing these alleged assaults.

as for fights, I think to many are afraid to break them up, I did once at a Mobil gas station and almost got arrested for pinning the guy onto the ground until the police came. Guy was high as a kite and attacking people when I laid him gentle on the ground (haha) and pushed his head into a storm drain grate.

assault was not consensual

“Consensual Assault” sounds like the name of an LA Punk Band that would have opened up for Black Flag and Suicidal Tendencies.

I have not read anything that indicated Verdugo was in the room during the sexual assault. I could be dead wrong I just haven’t seen that.

I went back an read it again, they lead you to believe sexual assault but it is only for the beating he was in teh room. You are correct.