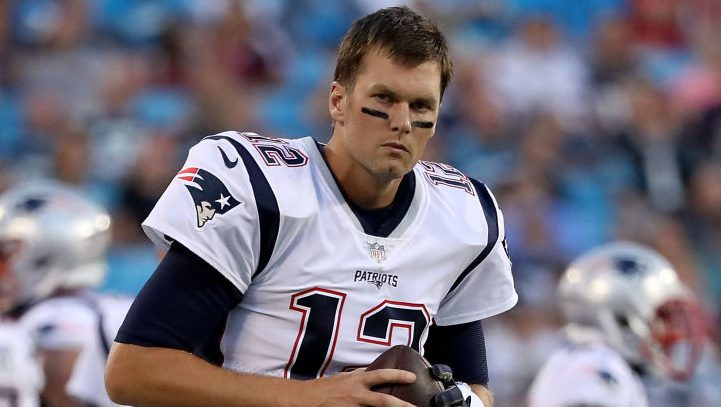 Patriots quarterback Tom Brady does not want to get into the issue of his longtime personal trainer Alex Guerrero’s role with the team. Brady hung up during a live interview with WEEI this morning after facing questions about Guerrero, whose uneasy...

Kirk Minihane: We saw the reports this weekend that Alex was on the team plane, which he wasn’t for the second half of last year, and not on the sideline. Is that accurate?

Brady: Yeah, he was with me this last week. Yeah.

Kirk: So, what changed with him not being on the team plane last year and (being there) this year? Was that just communication back and forth, or was that an understanding of other things? What led to that being able to happen this year?

Brady: You know, I don’t want to — I’m not getting into all that.

Kirk: OK. When I ran into (Gurerro) at the Super Bowl in Minneapolis … he had said in his opinion that all this stuff had been overblown; that he and Belichick actually had a pretty good relationship even then. Would you say that was true?

Brady: (Long pause) I said I don’t want to get into it.

Brady: I mean, everyone knows — it’s well-documented, the work that he and I do together.

Kirk: I understand that, I’m just trying to figure out — because I saw the reports this weekend that he’s traveling with the team. Was he on the sideline Friday (for New England’s preseason game against the Panthers)?

Brady: Yeah. All right guys, have a great day. I’ll talk to you later.

It reads worse than it sounded, imo.

Minehane is a tool but he was going to pass off the mic when Tom mentioned Alec and there association. It was that response after radio silence that brought out the last question.

It sucks. I think minihane wanted the attention and got it but it a little bit Tom too.