The tale of the 2004 Boston Red Sox, whose comeback fable is so absurd it doesn’t always seem real even to them.

Comeback for the ages!!! 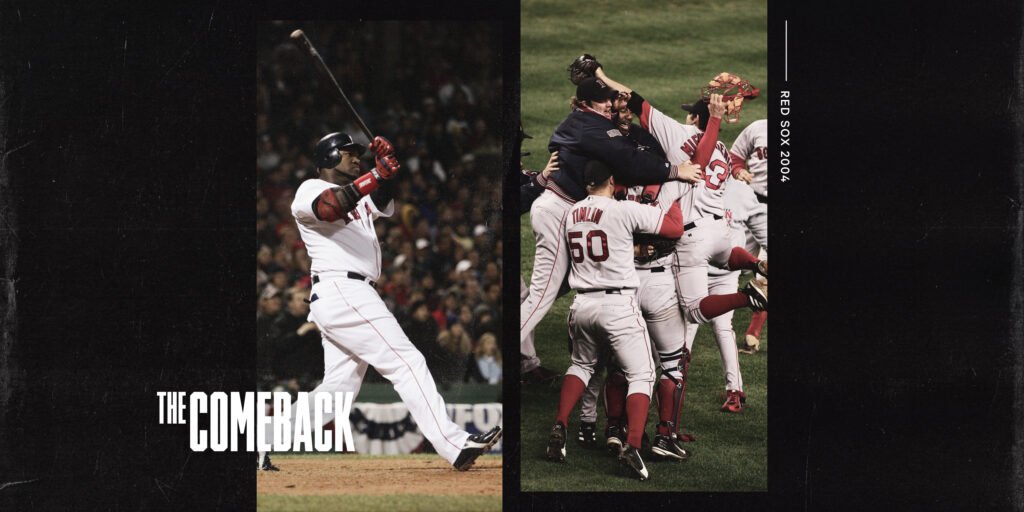 The tale of the 2004 Boston Red Sox, whose comeback fable is so absurd it doesn't always seem real even to them.

This, the comeback was the second biggest sporting event in my lifetime. Just seriously? Down 3 games to none. Game 4 took til midnight and the rest is history.

Number 1 was and still is the best night of my life. The Pats winning their first SB.

I was with my absolute love, Melissa watching it. It was right after 9/11. The NFL had the players, coaches and all-time greats recite the Declaration Of Independence before the game in a great tribute to this amazing country. All were unified that night.

Then U2 came out and sang, “Where The Streets Have No Name” with the names of of the 300o dead streaming behind them and the Pats took down the Greatest Show On Turf to win their first.

Best day of my life and I’ve had many amazing ones.

The Sox winning this series in 7 is just insane and easily number 2 for sports memories.