Just watched the 9 episode season 1 of The Righteous Gemstones.

Widowed billionaire televangelist Eli Gemstone watches his three spoiled adult children do their best to burn their entire empire to the ground.

Review of season 1 (with spoilers): 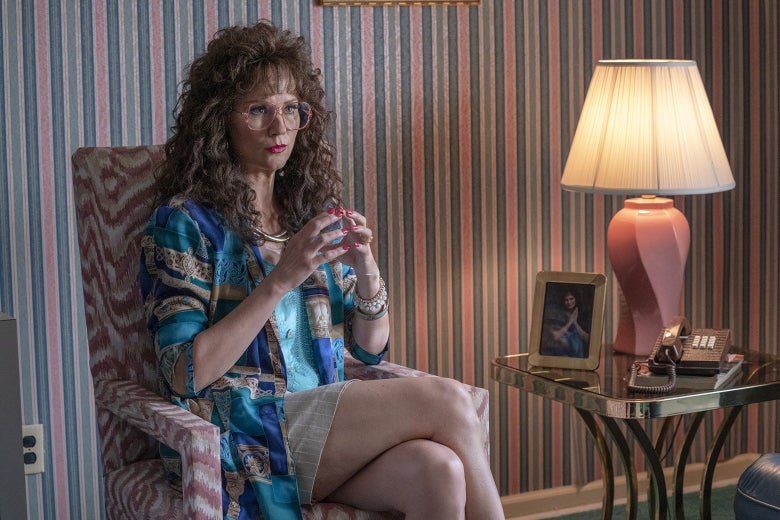 The Righteous Gemstones Is TV’s Funniest Show About Grief

Underlying the satire of megachurch Christianity is a hilarious but poignant portrait of a family coping with loss.

The Righteous Gemstones might be the funniest show currently on television, and it’s certainly the funniest show I’ve ever seen about grief. The early episodes are a combination of a sendup of megachurch Christianity and a bumbling caper comedy; the fact that grief is the show’s central concern is only slowly revealed. The conceit of its opening stages will be recognizable to anyone familiar with King Lear , or the show’s Sunday-night companion Succession : the trials of an aging patriarch whose idiot kids seem destined to destroy his legacy. On Gemstones , said patriarch is the enormously successful televangelist Eli Gemstone, played by John Goodman, and said offspring are Jesse, Kelvin, and Judy Gemstone, played by Danny McBride, Adam Devine, and the phenomenal Edi Patterson.

The Gemstones are a family unmoored, and the cause of that unmooring is the death of Aimee-Leigh. The first two episodes are consistently hilarious, but the show’s grander designs don’t start to come into focus until Episode 3, with the introduction of Aimee-Leigh’s younger brother, “Baby” Billy Freeman (national treasure Walton Goggins). While in her adult life Aimee-Leigh was most famous as Eli Gemstone’s loving wife and TV co-star, she’d previously enjoyed a childhood career as half of the gospel duo Aimee-Leigh and Baby Billy. It’s with the emergence of the grown-up “Uncle Baby Billy” onto the show’s landscape that we start to realize just how much Aimee-Leigh’s absence hangs over the entire world of the show, and that we begin to see almost every bumbling, pathetic, hilarious action taken by the show’s characters as a flailing response to her loss.