The New England Patriots finished as the third seed in the AFC Playoff Field following a 12-4 finish in the 2019 regular season. New England has now qualified for the playoffs for the 27th time in franchise history (21 under Robert Kraft), the 17th time under head coach Bill Belichick and for the 11th consecutive season overall. The Patriots will host the Tennessee Titans in the first round of the playoffs. It will mark the fourth time the two teams have met in the postseason and the first postseason meeting since New England beat Tennessee, 35-14, in an AFC Divisional Playoff game at Gillette Stadium on Jan. 13, 2018.

Tom Brady will face the Tennessee Titans for the third time in the playoffs and eighth time overall. Overall, Brady is 7-2 against Tennessee and 2-0 in the postseason, with both wins coming at Gillette Stadium.

This is going to be a hell of a game! The Titans since getting Tannehill have been fantastic. 7-3 to finish the season, and 3 of their losses were by 10 points or less. This (in my opinion) will come down to the wire. I honestly don’t know what to predict for this one. I could see a final score of
31
28

John Hussey has been assigned as referee for Saturday's wild-card playoff game between the Patriots and Titans. Hussey is No. 35 in your officiating program. He will work with a mixed crew, as is the norm in the playoffs. He most recently worked the Week 16 Patriots-Bills game.
1 Like
Mike83 December 31, 2019, 5:39pm #4

pats come back from 28-3 again

Lol, if this was any other year I would say they definitely could. But the way the offense has been this season… I think that would be a very tough challenge for the Pats to score 25 unanswered in a quarter haha.

I rather be 31-21 Pats and the Titans score late with Tom taking a knee. I hate the NFL Stress Test!!

Agreed! No bigger stress test than Kimbrel closing out a game in the playoffs lol!

Titans coach Mike Vrabel, on a conference call, is asked how similar the Patriots’ offense/defense look to him from his time with the franchise (2001-2008). “Since I left?” Vrabel asked. “I don’t know. Is Matt Light the left tackle? Is Dan Koppen the center?”
2 Likes
sprocketboy January 1, 2020, 12:08am #9

Someone ask him how he feels about now being second all time for receiving yards amongst Patriots line backers.

Someone ask him how he feels about now being second all time for receiving yards amongst Patriots line backers.

Did that one catch and run by Elandon put him ahead of Vrabel’s handful of 1-3 yard receptions?

It’s funny how we talk about bandwagon jumpers. I can’t talk. I like Seattle a bit. However I have seen 7 titans jerseys this week. Don’t think I’ve ever seen a titans jersey in my life and I have seen a ton this week. Strange… I also jumped the wagon to the Edmonton Oilers. Though I still like Ottawa. I guess I like both teams.

And Edmonton has done bad since I started cheering for them lol.

Did that one catch and run by Elandon put him ahead of Vrabel’s handful of 1-3 yard receptions?

Including the playoffs Vrabel has 12 receptions for 17 yards 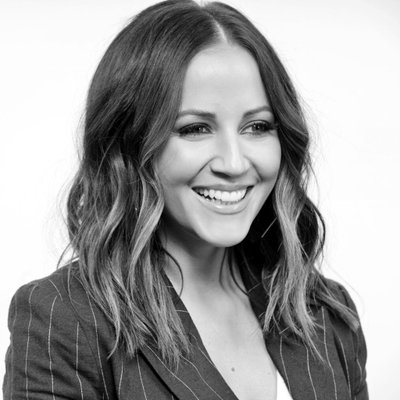 The New England Patriots (12-4) and the Tennessee Titans (9-7) announce the following injuries and practice participation.

Here is a sure fire game plan for Tennessee…

Malcolm Butler on Edelman… Brady will freak out , and MCD will have no clue what to do. Let’s hope that doesn’t happen.

Malcolm Butler is on IR.

Yeah, I’ll bet he’d freak out. Butler has been on IR for over a month.