The New England Patriots will begin two consecutive games against NFC East opponents when they travel to Washington to face the Redskins this week. Following Sunday’s matchup with the Redskins, the Patriots return to Gillette Stadium to face the New York Giants in a Thursday Night Football Game on Oct. 10.

Since the 2002 season, New England owns a 54-14 (.794) record against NFC teams, the best inter-conference record in the NFL during that time.

The New England Patriots and the Washington Redskins will meet in the regular season for the 11th time in team history and for the only the fourth time at Washington. The Patriots have won the last three games against the Redskins, including a 27-10 win in the last meeting on Nov. 8, 2015, at Gillette Stadium. The Patriots have outscored Washington 113-44 in those three consecutive wins.

While the regular-season matchups have been infrequent, the Patriots and Redskins have met in the preseason 22 times.

Washington leads the all-time regular-season series, holding a 6-4 advantage. After the Patriots won the first game of the series in 1972, they lost the next six meetings, before going on the current three-game winning streak dating back to 2007.

The Patriots earned their first regular-season win in Washington in the most recent meeting between the two teams at FedEx Field, when the Patriots defeated the Redskins, 34-27, on Dec. 11, 2011. 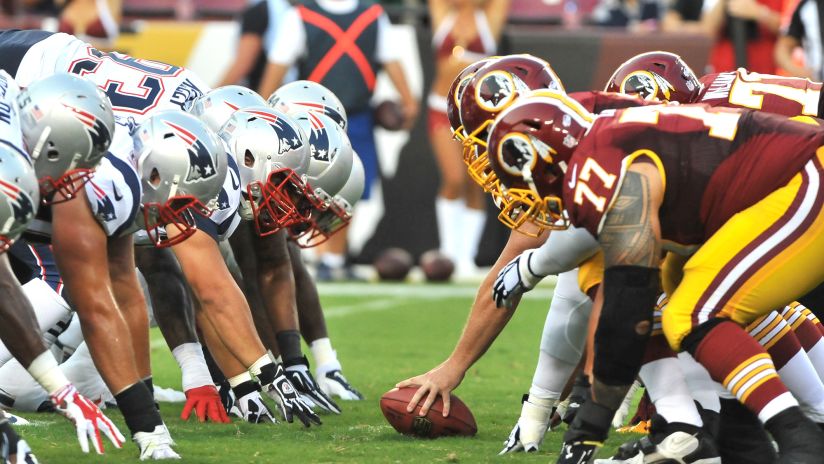 Through the first month of the season the Patriots running game has been a major disappointment. There are some factors involved in that, most notably injuries to fullback James Develin and members of the offensive line, but the fact remains that New England hasn’t been able to generate much of anything on the ground. Sony Michel averages less than 3 yards per carry and as a team that number is just a hair above that mark at 3.2. In order for the offense to gain some measure of balance the ground game will need to improve, and the perfect opponent for that is on deck – the Washington Redskins. Washington is allowing 147.5 yards per game on the ground, and that’s coming off a game in which they allowed 164 rushing yards to the Giants without their star running back Saquon Barkley. Clearly this is a game the Patriots should be able to show some progress in getting the running game started. Michel hasn’t had a lot of room to get started but he also hasn’t made many tacklers miss or picked up much after contact. He could show more decisiveness and in turn could use more help from the big guys up front. The Redskins should provide some opportunities for that to happen.

Tom Brady rarely offers up a pair of subpar games back to back, and he’s coming off one of the worst of his storied career. That doesn’t bode well for a Redskins secondary that actually hasn’t performed badly this season in terms of yards despite allowing a completion rate of almost 78 percent. Josh Norman is as confident as any corner in the league and his physical style could cause some problems for a less-than-100 percent Julian Edelman or whichever Patriots receiver they decided to use him on. Expect Brady to utilize his backs – perhaps Rex Burkhead – more frequently if things don’t improve significantly on the outside early on. Washington doesn’t get much pressure on the passer so Brady figures to settle into the game a bit easier than against the Bills, and that could allow him to get comfortable. Regardless, he will need more from both Phillip Dorsett and Josh Gordon, who had trouble getting open consistently in Buffalo. As we stated, Brady doesn’t offer up stinkers on a regular basis so look for a strong bounce back from the GOAT on Sunday.

When the Redskins run - Edge: Patriots

Speaking of things that don’t happen all that often, the Patriots defense doesn’t allow many 100-yard rushers. Frank Gore accomplished that feat Sunday, but Washington averages less than 50 yards per game on the ground so a repeat performance by fellow veteran Adrian Peterson this week would appear quite unlikely. Peterson averages 2.7-yards per rush and has been a non-factor, mostly due to the deficits the Redskins have often been in this season. It hasn’t helped that Derrius Guice went down with a meniscus injury, leaving Peterson to carry the load alone. Neither has the holdout of perennial Pro Bowl left tackle Trent Williams. The Patriots front got moved around at times in Buffalo but that hasn’t been the case for the most part this season. Despite Gore’s excellent outing, the Patriots allow just 61.3 yards per game on the ground. Washington might try to establish Peterson early after watching Gore have success, but the Patriots aren’t likely to allow that to be a problem two weeks in a row.

When the Redskins pass - Edge: Patriots

Embattled Redskins coach Jay Gruden has been under fire throughout the season, and much of that has to do with the quarterback situation. After losing the solid if unspectacular Alex Smith to a gruesome broken leg late last season, the Redskins brought in veteran journeyman Case Keenum to mind the shop until rookie first-round pick Dwayne Haskins is ready to take over. Keenum struggled for the most part over the first three-plus games and finally Haskins replaced him last week against the Giants. Haskins showed flashes but also tossed three picks in his debut, leading to some criticism of Gruden for throwing the rookie in before he was ready. Keenum had been underwhelming but had his team competitive over the first three games with seven touchdowns and four picks for a 93.7 passer rating. Gruden could use both again on Sunday, or perhaps turn to veteran backup Colt McCoy, but regardless it will be tough to crack the outstanding work the Patriots secondary has turned in. Paul Richardson, Terry McLaurin and tight end Vernon Davis see the bulk of the passes but running back Chris Thompson is the team’s leading receiver with 20 catches for 251 yards. That group shouldn’t put much stress on a secondary that leads the NFL with 10 picks in just four games, including four in Buffalo.

One area the 0-4 Redskins have performed well in is special teams. Their coverage units have been solid and Dustin Hopkins has missed just one kick all season, a 43-yarder on Monday night against the Bears. Punter Tress Way has a net average of 48.5 yards on 16 kicks, an indication of the excellent work done by the coverage team. Conversely, Stephen Gostkowski is in the midst of the worst stretch of his career having missed an NFL-high four PATs as well as a field goal. Rookie Jake Bailey has been excellent, even if he’s gotten more work than what is normally expected out of a Patriots punter. Neither side has generated much in the return game, but the Patriots turned in a huge play last week when J.C. Jackson blocked a Corey Bojorquez punt that turned into a Matthew Slater touchdown and ultimately was the difference in the game. Gostkowski is definitely fighting through some mental hurdles and now will be kicking on grass, which at times has caused some concerns.

New England’s victory over Washington in 2011 was their first win in Washington, the only NFL city that the Patriots had never won on the road. The Patriots are now 1-2 in the nation’s capital.

TELEVISION: This week’s game will be broadcast by CBS and can be seen locally on WBZ-TV Channel 4 . Greg Gumbel will handle play-by-play duties with Trent Green as the color analyst. Melanie Collins will work from the sidelines. The game will be produced by Ken Mack and directed by Suzanne Smith .

my group has 30 people heading down for the game. I can’t do two weeks in a row away from kids but my brothers quest to hit every away game is going strong.

TE Benjamin Watson (84) on the field with his Patriots teammates. https://t.co/VtgXQPEaak 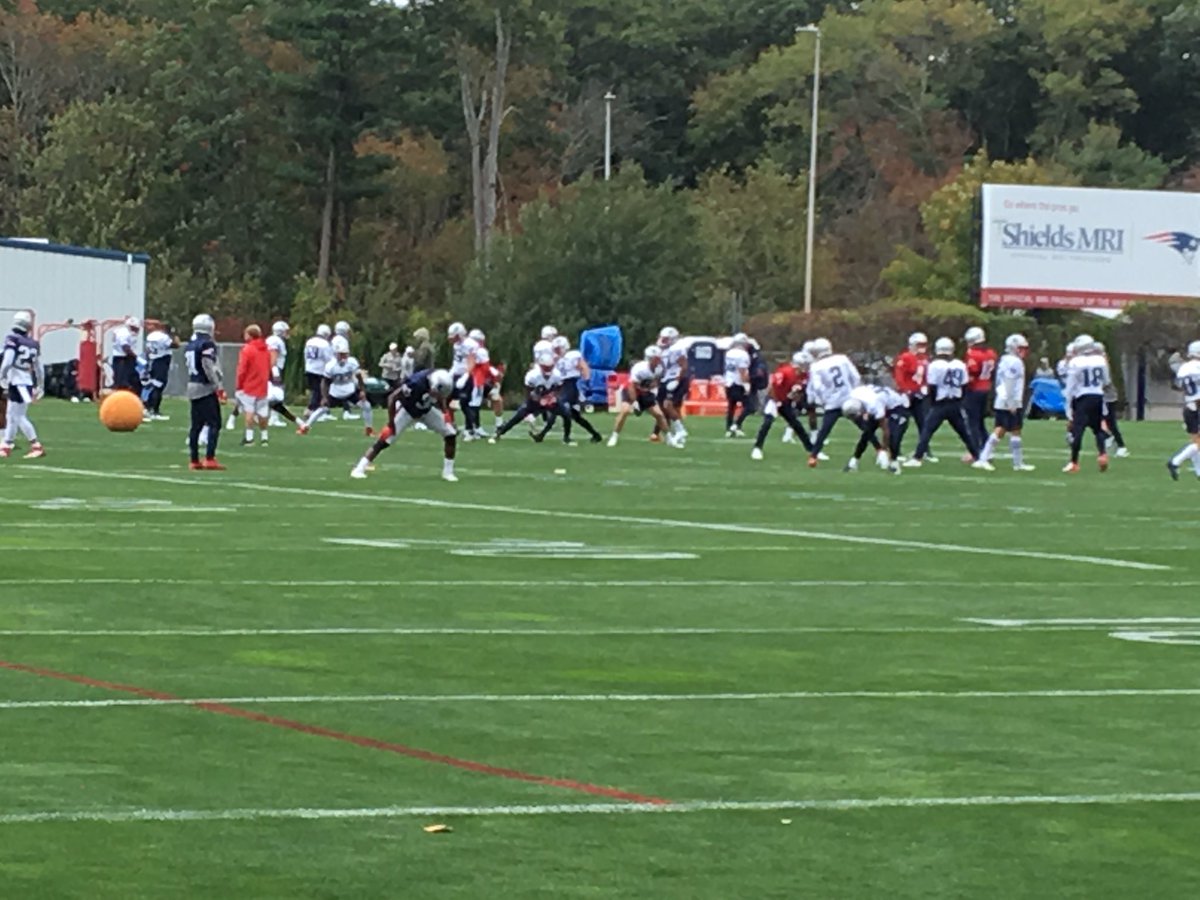 If Gronk loses much more weight, he’ll be riding in the Kentucky Derby next spring

In real football you don’t give up a point for not returning a kick, Canada guy.

In real football you don’t give up a point for not returning a kick, Canada guy.

In really real football you give up a point if your opponent kicks it between the outer posts, instead of the inner.

This particular Behind broke my heart.

Colt is limping around practice today

The New England Patriots (4-0) and the Washington Redskins (0-4) announce the following injuries and practice participation. 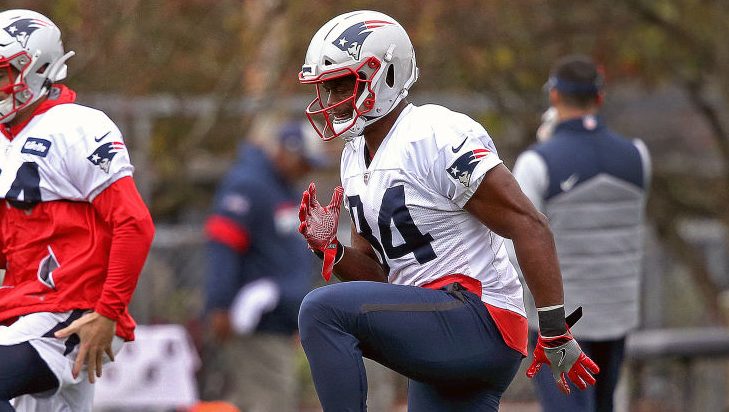 No Ben Watson for Patriots on Sunday - ProFootballTalk

The Patriots’ offense has gotten next to nothing out of the tight end position. The return of veteran Ben Watson may change that. But not this week. Watson will not travel to Washington with the team for Sunday’s game, Field Yates of ESPN reports....

I saw Chung and Burkhead are out too. 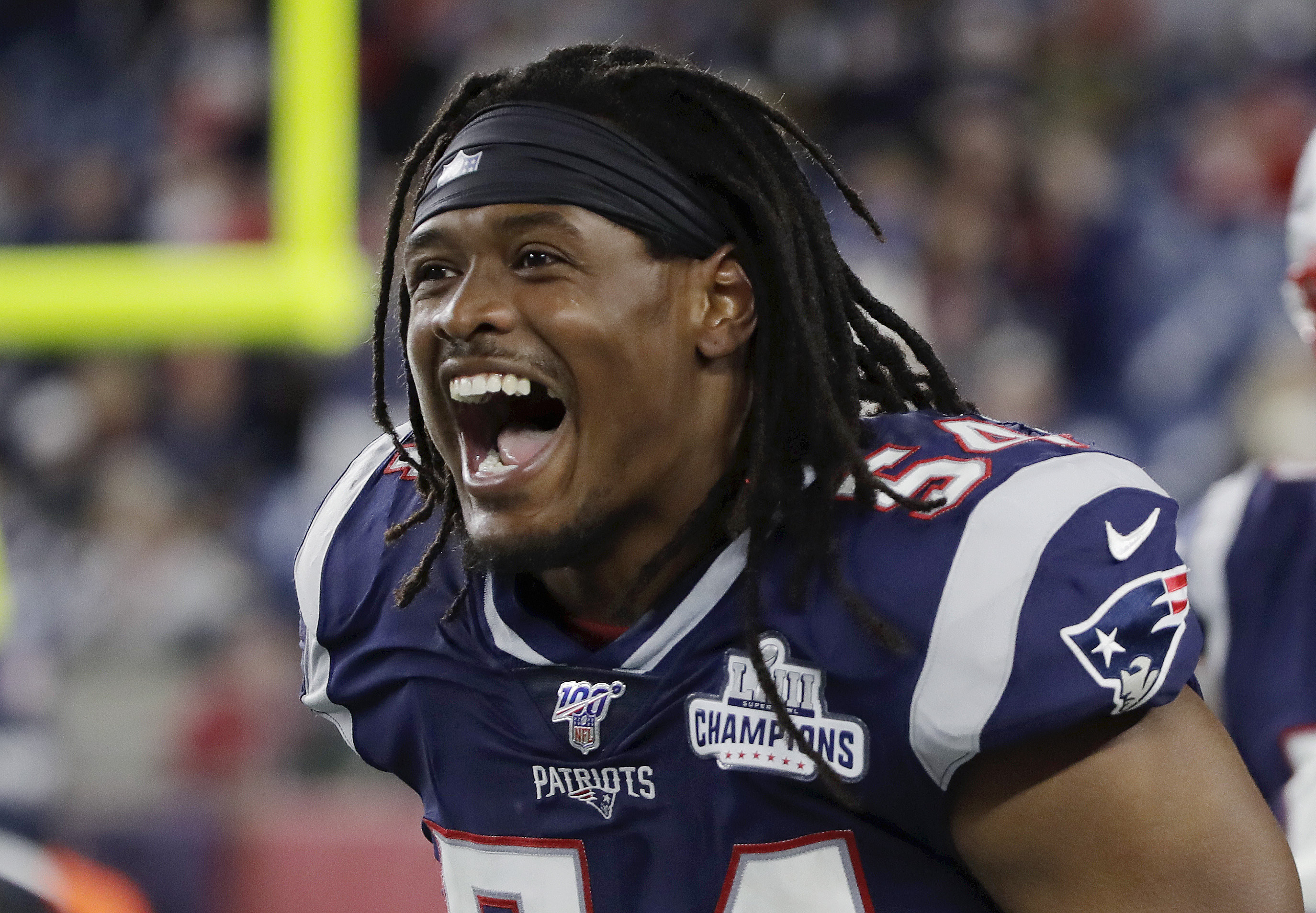 Hightower missed last week's win over the Bills with a shoulder injury.

Your posts seem to be our BSU version of the karma thread. Nice job.