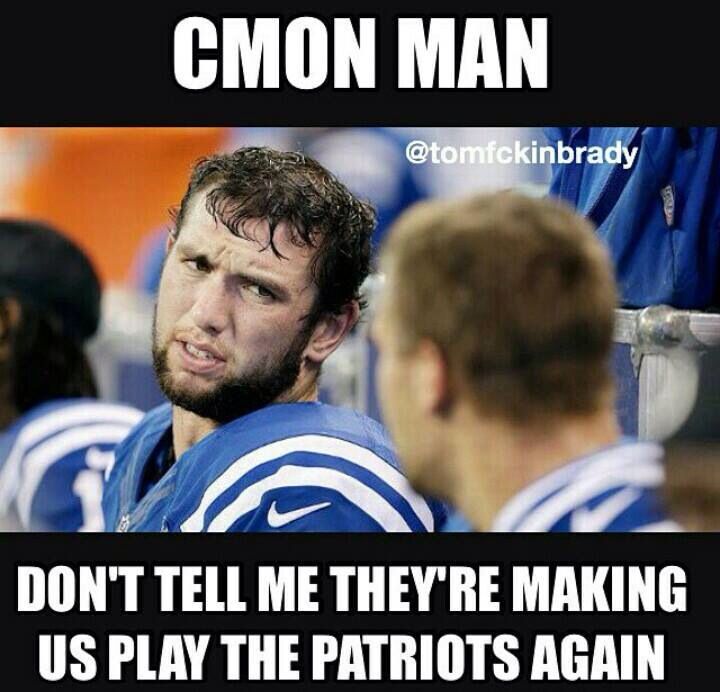 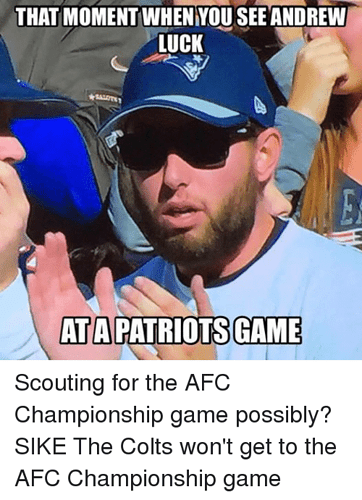 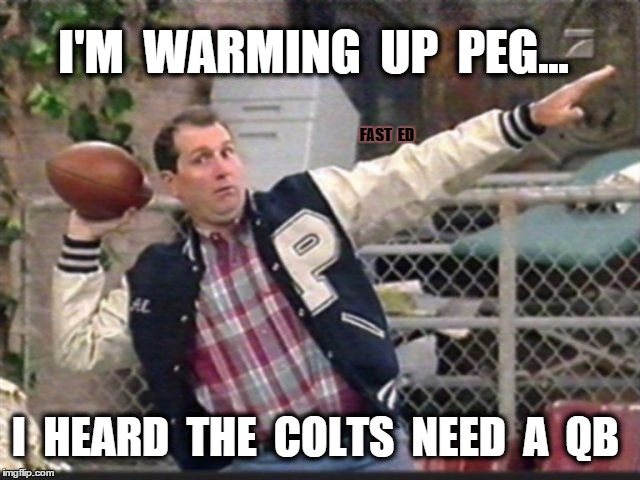 Get the W. Stay healthy. I want to see a good game from the front 7 getting after the neckbeard.

The New England Patriots and Indianapolis Colts announce the following inactives for their Week 5 game on Thursday, October 4, 2018.

There is a distinctive lack of dominant players with personality on this defense.

Has Pattetson returned any kicks at all this season?

Haha NFL. Patriots not dead yet.

That was something else. Just about perfect.

Has Pattetson returned any kicks at all this season?

A couple I think.

Holy crap. Who gets credit for that sack?

As good as he is, I am not a fan of having Edelman risk himself on punt returns.

I think it is throw him in, get him sore as possible tomorrow and saturday then return to only important punts that need faircatch.

Mrs Almet is bringing me home some Chic Fill A. Damn I love that woman

I can’t believe he dropped that.

I see the Patriots Bend and then Break pass defense is in effect so far tonight.