The New England Patriots return from their bye this week to square off against the Philadelphia Eagles on the road on Sunday afternoon. Since becoming Patriots head coach in 2000, Bill Belichick has recorded a 14-5 mark in the regular season coming off a bye.

New England and Philadelphia will meet for the 13th time in the regular season and for the first time since a 35-28 win by the Eagles at Gillette Stadium on Dec. 6, 2015, giving Phialdelphia a 7-5 edge in the regular-season series. The two clubs have also met in two Super Bowls, with each team earning a win.

Philadelphia leads the all-time series by a 7-5 margin in the regular season. The teams have also played in two Super Bowls, with each team earning a win. The Patriots are 2-5 overall in games played in Philadelphia, but are 2-0 at Lincoln Financial Field with wins in 2003 and 2011.

This week’s game will be a rematch of Super Bowl LII, a 41-33 victory for Philadelphia at U.S. Bank Stadium in Minneapolis.

While the teams have played just 12 times in the regular season, they have met 23 times in the preseason with the Patriots claiming a 13-10 edge in the series.

When the Patriots run - Edge: Eagles

It will be interesting to see if the bye week did anything to improve the Patriots sagging run game. Sony Michel is averaging just 3.3 yards per carry and in his most recent game was a mere afterthought with just four carries. The Patriots instead went exclusively out of the shotgun with James White and Rex Burkhead getting the snaps, and they had some success on the ground albeit while chasing a 17-point deficit. It will be interesting to see if Josh McDaniels decides that tactic is worth pursuing on a more regular basis after the bye. Meanwhile the Eagles defense, which has been hit hard by injuries up front, has performed well against the run. Philly allows an average of just 87.3 yards per game on the ground despite losing mammoth defensive tackles Malik Jackson and Hassan Ridgeway for the season. Fletcher Cox and Timmy Jernigan man the inside spots in front of linebackers Nigel Bradham, Kamu Grugier-Hill and Nathan Gerry. It’s not the most dynamic front seven in the league but it has been effective against the run.

It didn’t take long for Tom Brady to develop a rapport with his newest wideout Mohamed Sanu. The pair connected 10 times in the Week 9 loss in Baltimore including a touchdown, and the Patriots offense seemed to find some rhythm with the no huddle attack, particularly in the middle of the game. Brady has had some trouble dealing with spotty pass protection throughout the season despite the fact that he’s only been sacked 15 times. Periodic breakdowns have forced him into more throwaways than normal and the offense hasn’t always looked smooth as a result. Julian Edelman (63 catches, 663 yards, 4 TDs) has been the lone constant in the passing game while White (44 catches, 404 yards, 1 TD) has provided a steady presence out of the backfield. The Eagles secondary has struggled all season long, allowing 239 yards per game and 16 touchdowns. Ronald Darby hasn’t played at the level he’s shown in the past while Jalen Mills, Avonte Maddox and Sidney Jones have struggled as well. This is a secondary Brady should be able to exploit, assuming the line can handle the likes of Cox, Brandon Graham and Derek Barnett.

When the Eagles run - Edge: Patriots

The Eagles have developed their version of a thunder and lightning-type backfield with Jordan Howard and Miles Sanders. Howard has come on as of late with 525 yards rushing and six touchdowns while the speedy Sanders has 336 yards and a 65-yard touchdown to his credit. Both average 4.4 yards per rush, and now they go against a defense that allows 4.7 yards per attempt and is coming off a dismal showing in Baltimore. Howard is the workhorse but his straight-forward style seems more conducive to the kinds of backs the Patriots have bottled up in the past. Sanders has the versatility that has given the linebackers some trouble, however, both in the running and passing game. New England’s linebackers will also have to deal with the mobility of Carson Wentz, who likes to escape the pocket especially on third down. For two weeks the Patriots have heard about the problems stopping the run and it would be surprising to see the Eagles power up and run it all evening against a defense that had been dominant prior to the Ravens game.

When the Eagles pass - Edge: Patriots

Wentz showed some signs of life in his last outing after some uneven performances in the first half of the season. He’s completing only 63 percent of his throws but has 15 touchdowns against only four picks and his team won two straight heading into the bye. Injuries played a role in the Eagles stagnant passing game with DeSean Jackson (IR) and Alshon Jeffery missing time. Jeffery and Nelson Agholor are capable targets and Zach Ertz is one of the most dangerous tight ends in the league. Wentz also uses tight end Dallas Goedert effectively, particularly in the red zone. The Patriots secondary, led by Stephon Gilmore, has been outstanding, and the pass rush has been equally effective with 32 sacks. This matchup could come down to the Eagles offensive line and its ability to keep Wentz comfortable in the pocket. Most of the Eagles passing game struggles start with protection issues, forcing Wentz to escape the pocket too often. Look for that to continue Sunday evening.

The Eagles have a solid kicker in Jake Elliott, who has yet to miss a field goal this season. Meanwhile, the Patriots are working in newcomer Nick Folk, who replaced Mike Nugent in Baltimore and made all four of his kicks, although the longest were a pair of PATs. The coverage units on both side have been adequate while the Eagles return game features Sanders handling kickoffs and the ageless Darren Sproles still doing the job on punts. The Patriots use Brandon Bolden (kicks) and Gunner Olszewski (punts), although the rookie was inactive in Baltimore due to an ankle injury and Sanu took his place. Both punters, Jake Bailey and Cameron Johnston, have been effective in pinning teams inside their 20 all season. Although not much stands out either way in terms of special teams, the Eagles earn a slight edge due to Elliott’s steadiness.

With a win in Philadelphia on Sunday, New England will secure its 19th consecutive winning season. That mark would be the most in the NFL since the 1970 merger and second all-time in NFL history, behind the 20 straight winning seasons by the Dallas Cowboys from 1966-85. Additionally, the Patriots have won nine or more games in 22 of the 25 seasons Robert Kraft has owned the team.

TELEVISION: This week’s game will be broadcast by CBS and can be seen locally on WBZ-TV Channel 4 . Jim Nantz will handle play-by-play duties with Tony Romo as the color analyst. Tracy Wolfson will work from the sidelines. The game will be produced by Jim Rikhoff and directed by Mike Arnold .

NATIONAL RADIO: Sunday’s game will be broadcast to a national audience on ESPN Radio. Adam Amin will call the game with Jack Del Rio providing analysis. Sal Paolantonio will work from the sidelines.

For information on how to stream the game please visit our Ways to Watch guide.

Bill Vinovich has been assigned as referee for Sunday's Patriots-Eagles game. Vinovich, who is No. 52 in your officiating program, worked the Patriots-Dolphins game in Week 2. His crew entered last weekend's games averaging the fewest penalties called per game.
3 Likes
TheEvilPrince November 13, 2019, 7:59pm #3 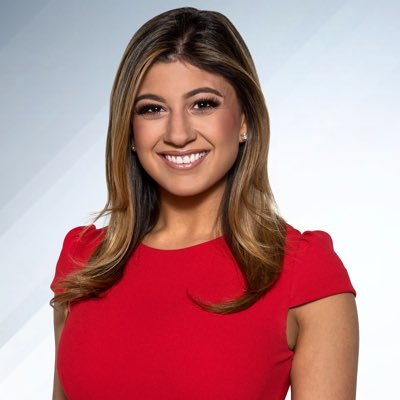 My take on this game is that it is freakin huge for this team. Eagles are just the kind of team to cause problems plus it is on the road in hostile territory. With home town refereeing likely , this game is a massive challenge coming off the loss to Baltimore.

Expecting the classic Belichick Brady bounce back after a loss would be nice, but this year seems to be raising more questions than confidence as a fan IMO.

Will we see the offense break out the talent of nkeal Harry or is he another casualty of MCD braincramp offense? The idea that you dismiss talent because your offense cannot adapt to the players you have is hard to accept, but they are 8-1. Let’s hope they are saving it… Haha.

On defense. There should be a return to dominance you would think… unless Philly schemes up a set of plays like Baltimore did. Wentz can run but that would be stupid cuz he’s one hit away from another year on IR. Expecting a mix and with home crowd mojo, this game it s critical to keep it close early, move the ball , score points, and get your defense some rest unlike last week. We shall see how it plays out but I’m expecting 60 minute battle.

I have no interest in the McDaniels argument because I think he does a great job.

That said I think the Pats are gonna roll in this one.

Ya the Eagles have been wildly inconsistent this year, but when they have played decent to good teams (outside of the Packers) they have lost. Lost to the Lions, Cowboys and Vikings. In fact the Vikes and Cowboys games were blowouts. Can’t see the Eagles winning this or even keeping it cvlose really.

One of my crew is a big Cowboys fan, and she wants the Patriots to win.

On one hand, there’s a difference between rooting for the Patriots and rooting against the Iggles.

I once took my step-niece and her son to Broncos-Jets just so I could root against Los Yets.

On the other hand, an Enemy of my Enemy … for this week, at least???

The New England Patriots (8-1) and the Philadelphia Eagles (5-4) announce the following injuries and practice participation.

OUT
No Players Listed

Injury report says healthy so now we just need a healthy mix of new plays and scheme that gets more players involved … c’mon MCD the pressure is on your operation now… The system that you are beholden to is now under close examination during this tough stretch of the season. Go pats…!! Let’s GOOO!!!

Chung downgraded to OUT.

What the heck is going on with this kid?

Redshirting him. Both James White and Rex Burkhead have a cap hit of over 4 mil next year and one or both can be cut this summer with only a million in dead cap space a piece. Harris’ cap hit next year is like 680k.

Weather forecast at Lincoln Financial Field: Projected to be in the low-to-mid 40s at kickoff (4:25 p.m. ET), no precipitation, wind around 10 miles per hour (could be a factor in kicking game). https://t.co/DEBFxc190o 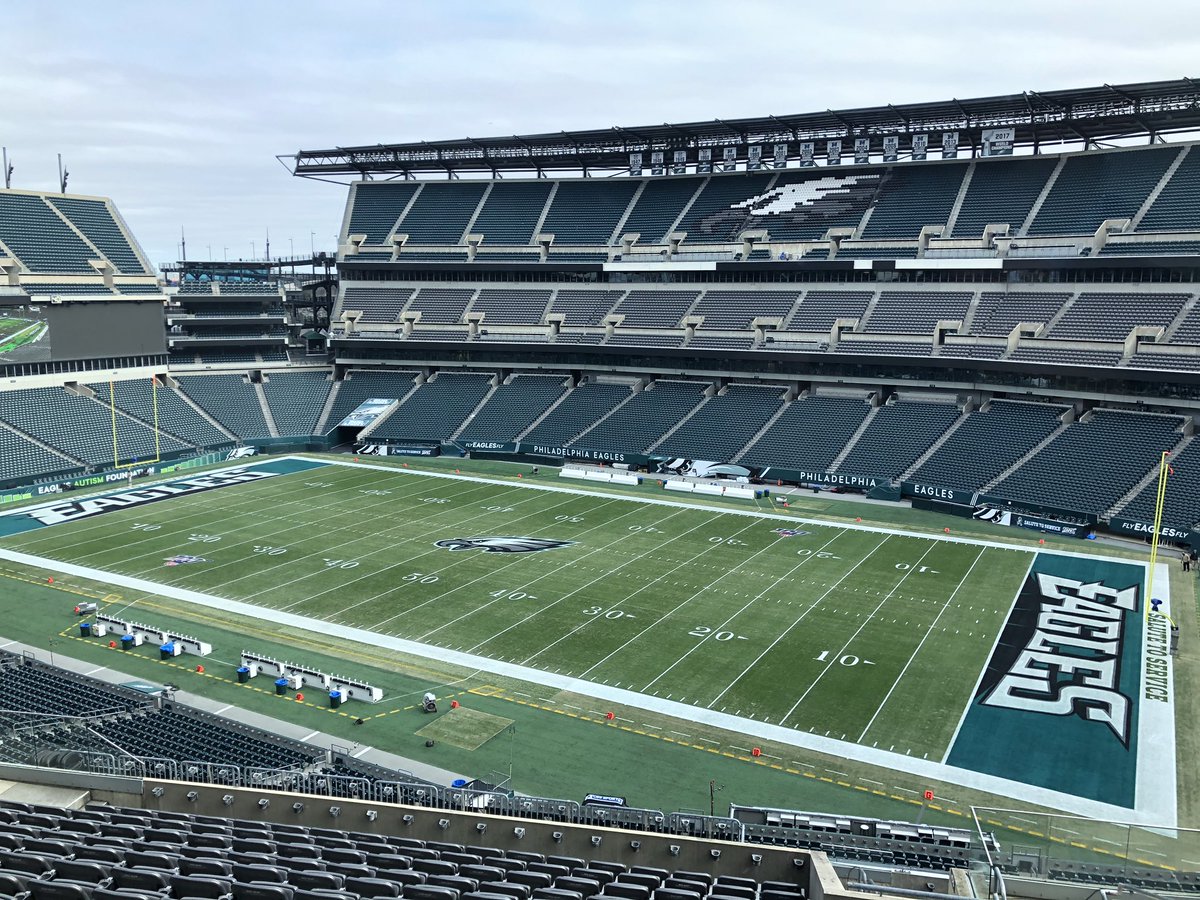 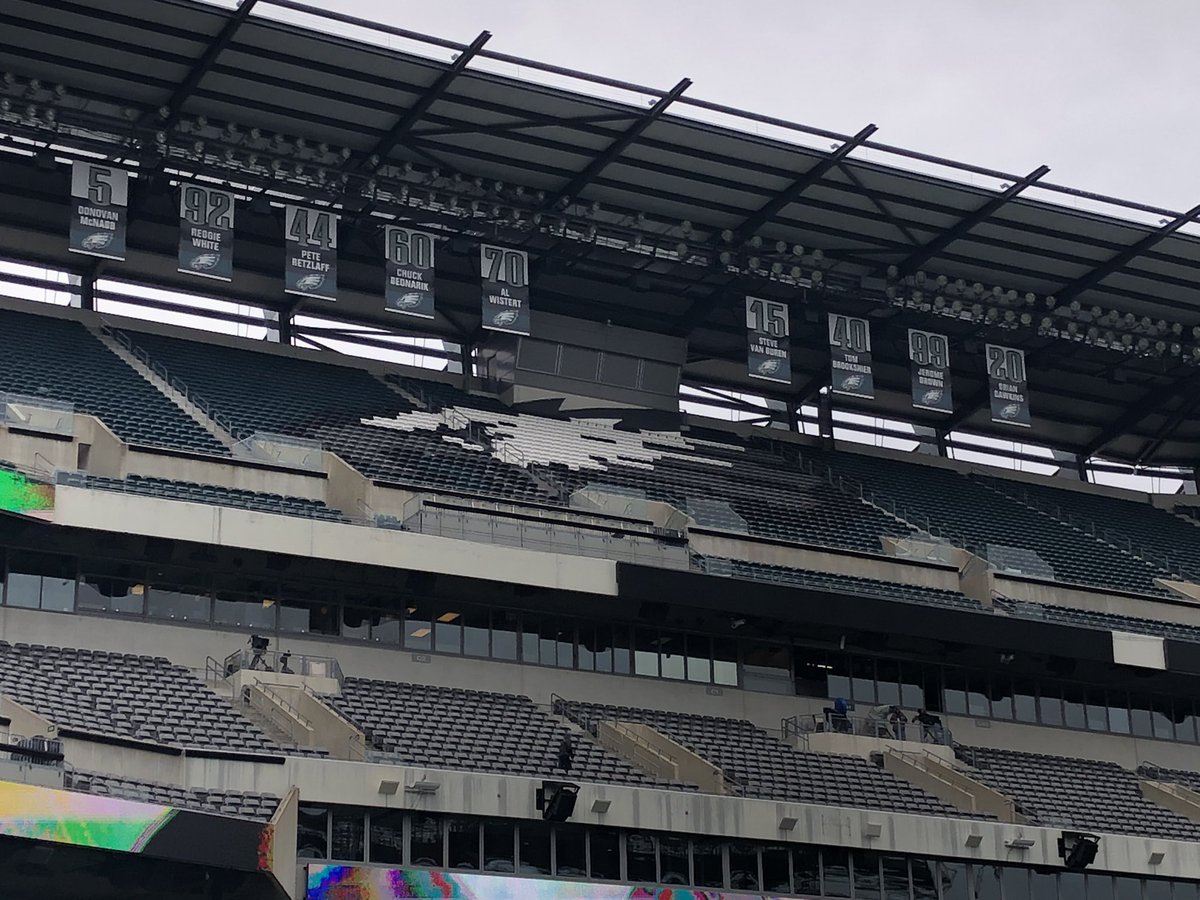 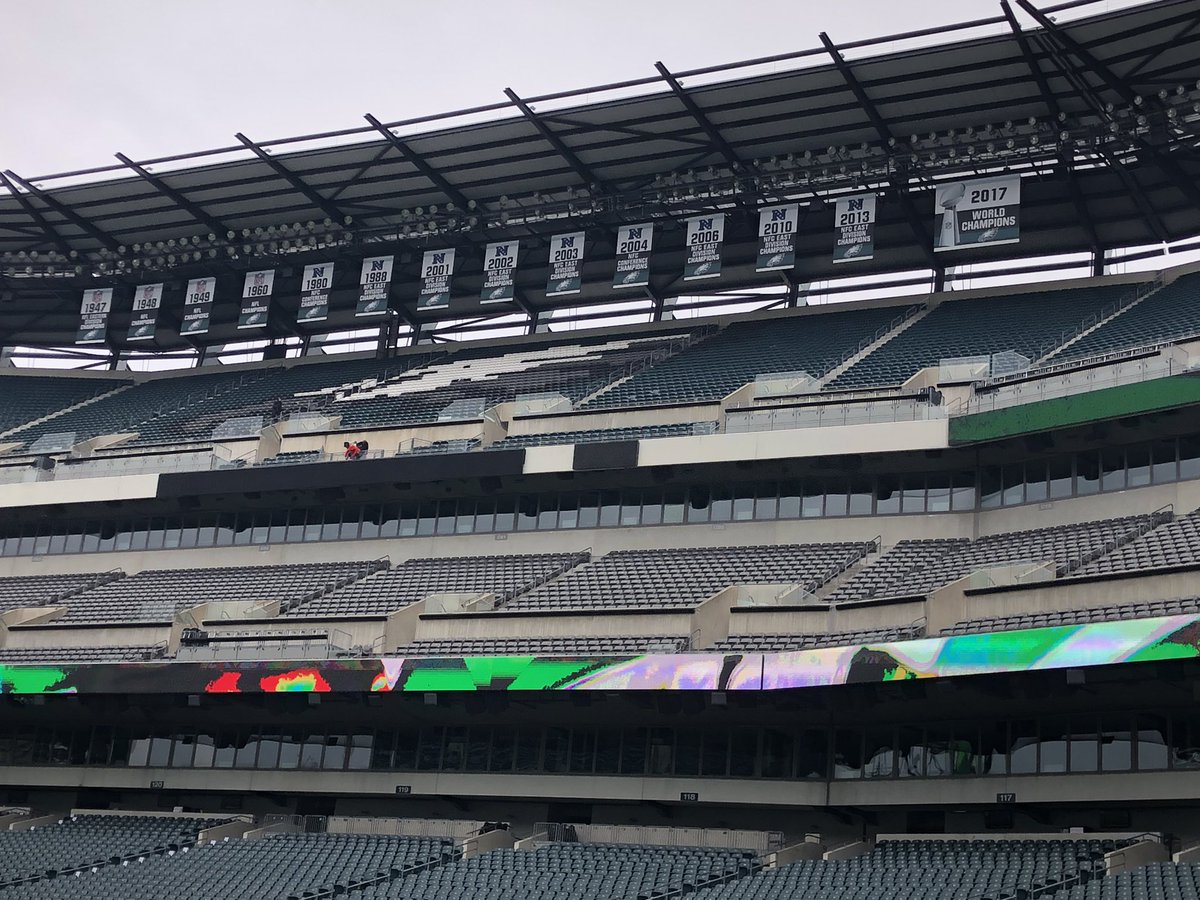 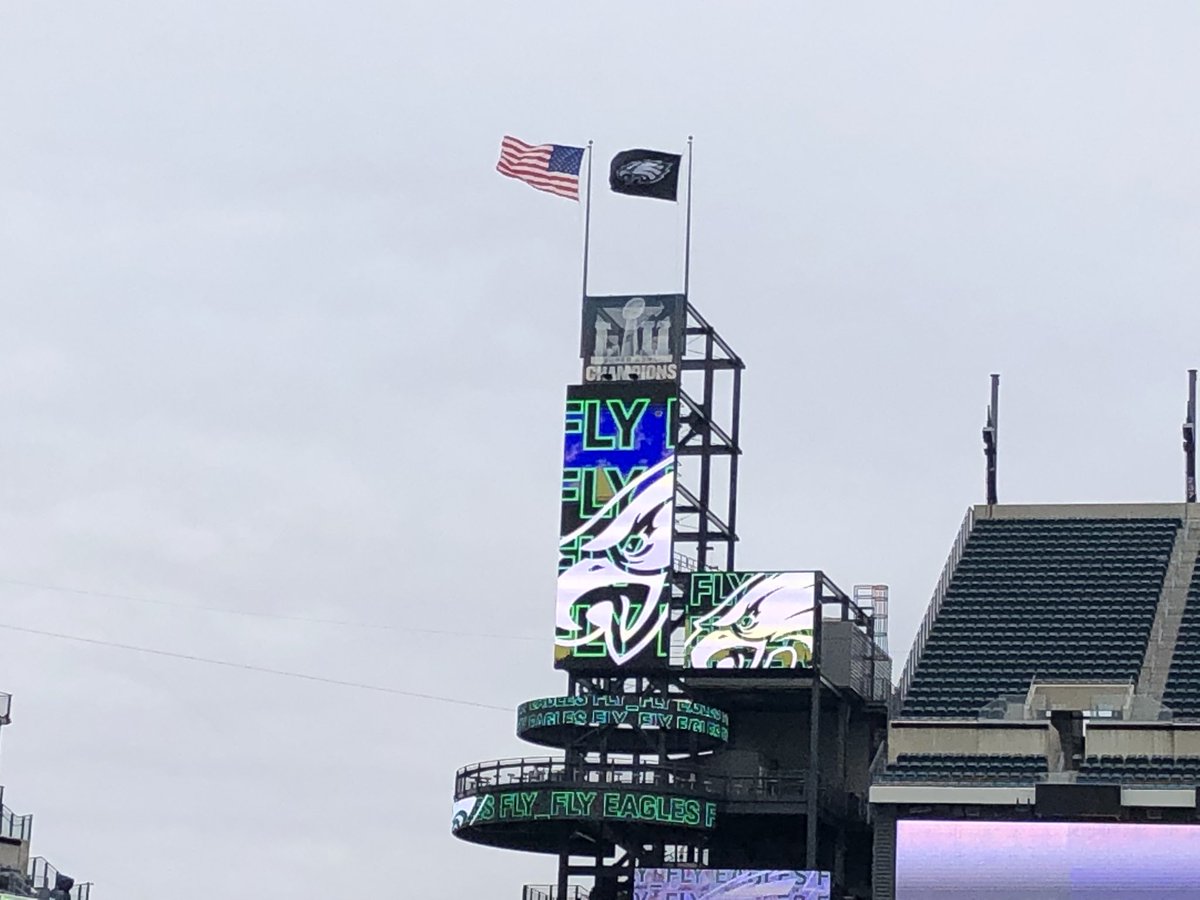 Cowboys fan hey… I have a couple of those in my family. I have asked them to seek counseling but they refuse 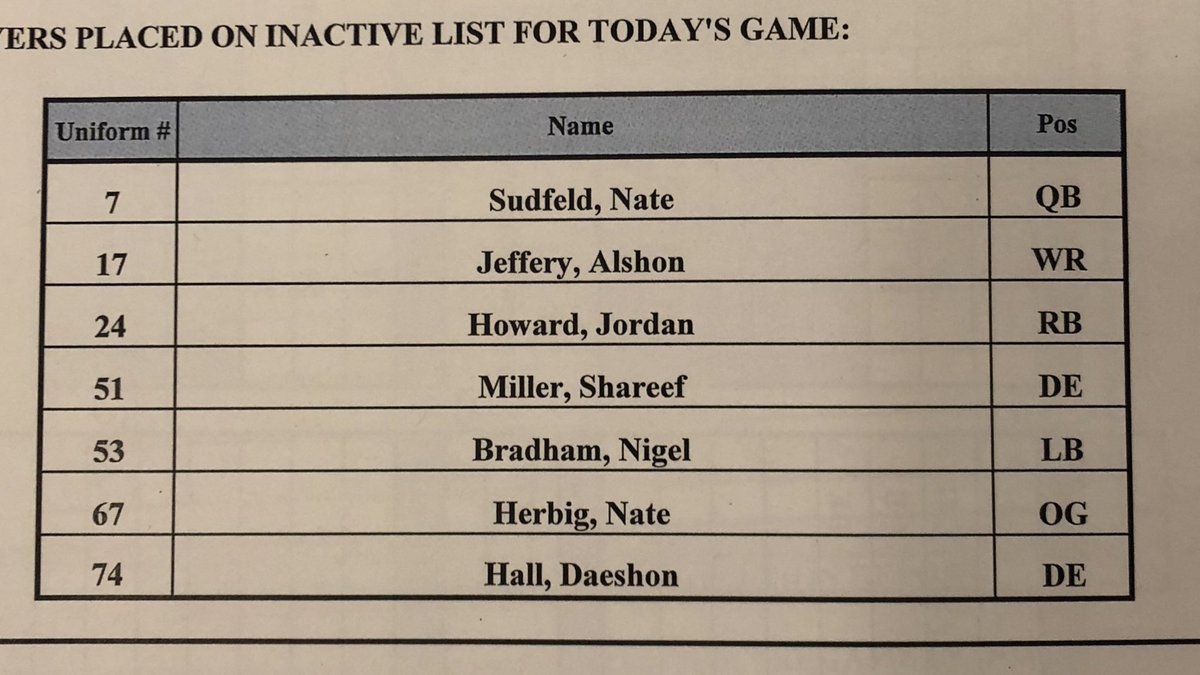 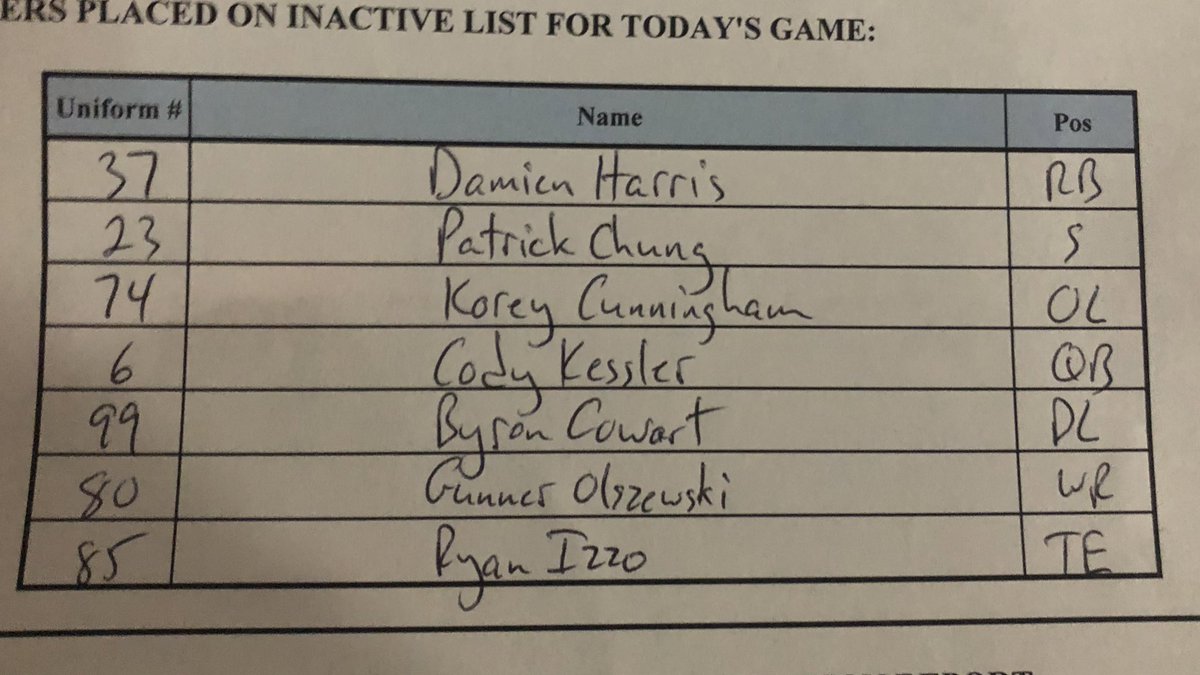 NKeal Harry on the field!!!