The New England Patriots are off to a 7-0 start for the third time in team history (2007 & 2015) and can guarantee at least a .500 record for the 19th straight season with a win this week at home against the Cleveland Browns.

In addition, Bill Belichick will go for his 300th career win this week against Cleveland.

The Patriots and Browns will meet for the 25th time overall, including one postseason meeting, when the clubs square off on Sunday.

The Teams will be playing against each other for the first time since a 33-13 New England win at Cleveland on Oct. 9, 2016. Cleveland will be make its first visit to Gillette Stadium since a 27-26 Patriots win on Dec. 8, 2013. Tom Brady threw two touchdown passed in the final 61 seconds of that game to rally the Patriots to a 27-26 come-from-behind win over the Browns. The Browns were in front 19-3 in the third quarter. Current Patriots WR Josh Gordon had 7 catches for 151 yards and also scored on an 80-yard touchdown reception in that game.

Cleveland leads the all-time series with a 13-11 mark, including the one postseason game when the Bill Belichick-led Browns claimed a 20-13 victory over the Patriots on New Year’s Day, 1995 in a Wild Card Playoff game at Cleveland’s Municipal Stadium

Cleveland is 5-6 all-time against the Patriots in games played in New England, including 0-3 at Gillette Stadium following losses in 2003, 2007 and 2013. Overall, the Browns have lost five straight times in New England. 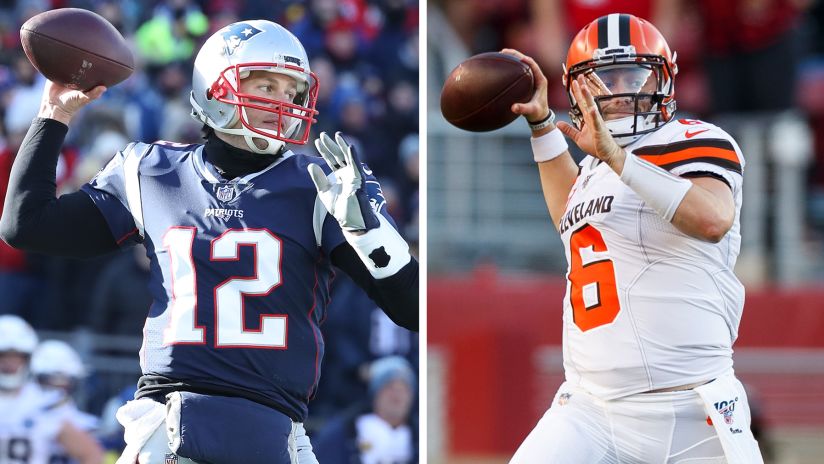 When the Patriots run - Edge: Browns

Another week and another pedestrian performance by Sony Michel and the Patriots ground game. Michel finished with just 42 yards on 19 carries against the Jets, although he was able to bang it in the end zone three times so it wasn’t a total failure. Despite the touchdowns, Michel needs to be more productive in order to give the offense a semblance of balance. New England averaged 2.2 yards per carry against New York in a game in which Bill Belichick surely would have liked to run out the clock in the second half rather than watch Tom Brady attempt 45 passes. But the combination of inconsistent blocking and Michel’s occasional indecisiveness have left the ground game stuck in neutral. The Browns might be the team that allows the Patriots to turn that around. Cleveland allows 154 yards per game on the ground and 5 yards per carry. San Francisco and Baltimore did much of that damage, but perhaps there’s an opportunity to get things going. The Browns miss Christian Kirksey, their best linebacker, who is out for the season with a torn pectoral muscle. Even without him and the recent struggles, the Browns should be able to keep Michel in check.

Cleveland’s secondary has been crippled with injuries yet the group has managed to stay competitive. Part of that has been the solid work of the pass rush, which accounted for 19 sacks in six games heading into Cleveland’s Week 7 bye. Former No. 1 overall pick Myles Garrett has 9 of those sacks, by far the team leader. The Browns have needed that pressure with injuries limiting corners Denzel Ward and rookie Greedy Williams as well as safety Damarious Randall. T.J. Carrie and Terrance Mitchell have filled in but the coverage suffered through the health issues. Two weeks of rest could have Ward and Williams, both nursing hamstring injuries, ready to go against the Patriots, which would be a huge boost for Cleveland. The Patriots opened the Jets game with one of their most impressive drives of the season before tailing off thereafter. But the addition of Mohamed Sanu should add some depth to the receiving corps, even if he’s not quite up to speed for the Cleveland game. Julian Edelman got some help from Jakobi Meyers and Phillip Dorsett against New York, and Brady also incorporated tight end Ben Watson into the mix. If the line protects Brady, he has enough to exploit this secondary but that’s a huge if. That matchup will be one of the keys to the game.

When the Browns run - Edge: Patriots

Cleveland has run the ball effectively this year with Nick Chubb & Co. Chubb, Michel’s teammate at Georgia, averages 5.3 yards on 114 carries this season and is fourth in the league with 607 yards and six touchdowns. The Patriots defense has played at an astronomical level this season but the run defense has not matched everything else. Frank Gore topped the 100-yard mark and Le’Veon Bell had 70 yards on just 15 attempts Monday night. Establishing Chubb early and often might be one way for the Browns to avoid the killer turnovers that have plagued both them and all of the Patriots opponents this season. New England needs to be better up front and not allow Cleveland to control the ball on the ground. Based on the way the defense has played as a whole, it’s hard to imagine the Browns having enough success with Chubb to control the game that way.

When the Browns pass - Edge: Patriots

No quarterback has thrown more interceptions this season than Baker Mayfield with 11. No defense has picked off more pass than the Patriots with 18. That doesn’t seem like a good combination for the visitors. The key to the Patriots success has been their ability to get after the passer with a variety of pressure schemes that has flummoxed offensive lines throughout the first half of the season. That has led to 26 sacks and countless pressure, which have greatly contributed to the aforementioned 18 interceptions. Mayfield hasn’t handled the pressure well and his offensive line is in shambles. He’s often anticipated pressure and left the pocket early, occasionally rolling to his left where he’s had a difficult time delivering the ball. So, despite having talented weapons in Jarvis Landry, Odell Beckham and Ricky Seals-Jones, who’s subbing for injured tight end Davbid Njoku, the Browns offense has been unimpressive averaging just 350 yards and 20 points per game. Again, it’s tough betting against a Patriots defense that is performing at historic levels through almost half a season. Look for more turnovers Sunday evening.

Cleveland’s special teams have been adequate with kicker Austin Seibert a perfect 8-for-8 on field goals and return man Dontrell Hilliard providing big-play potential on both punts and kicks. Hilliard took a kick back 74 yards earlier this season and took his only punt return attempt 18 yards. The Patriots have been sound as well, downing 17 of rookie Jake Bailey’s 38 punts inside the 20 while also blocking a pair of punts for touchdowns in the first seven games. The Patriots haven’t gotten much in the return game, but aside from one muffed punt rookie Gunner Olszewski has been sure-handed thus far. Mike Nugent was perfect against the Jets, making all five of his kicks including four PATs. Not much to choose from in this matchup but the Patriots seem to be making big plays when needed, particularly at home.

Patriots Head Coach Bill Belichick was the head coach of the Cleveland Browns for five seasons from 1991-95. Belichick took over with the Browns coming off of what was their worst season in franchise history, a 3-13 campaign in 1990. By 1994, Belichick had coached the Browns to an 11-5 record and a playoff berth. The Browns’ 11 victories in 1994 are tied for the second highest single-season win total in the history of the franchise, and their playoff victory over the Patriots in the wild card round that season stands as the franchise’s most recent playoff win. In 1994, the Browns allowed just 204 points - the fewest points allowed in the NFL that season and the fewest points allowed by a defense coached by Belichick

Tom Brady is slated to start against Cleveland for the eighth time in his career.

If the New England Patriots defeat the Cleveland Browns on Sunday, Bill Belichick will become the third head coach in NFL history to win 300 games (regular season and playoffs combined) as a head coach, joining Don Shula and George Halas as the only NFL head coaches to achieve the feat. If the Patriots win Sunday, Belichick will achieve the feat in 434 games, faster than Shula (445 games) and Halas (455 games). Shula finished his career with 347 career wins, while Halas walked away with 324 victories. Belichick’s milestone victories are listed below. 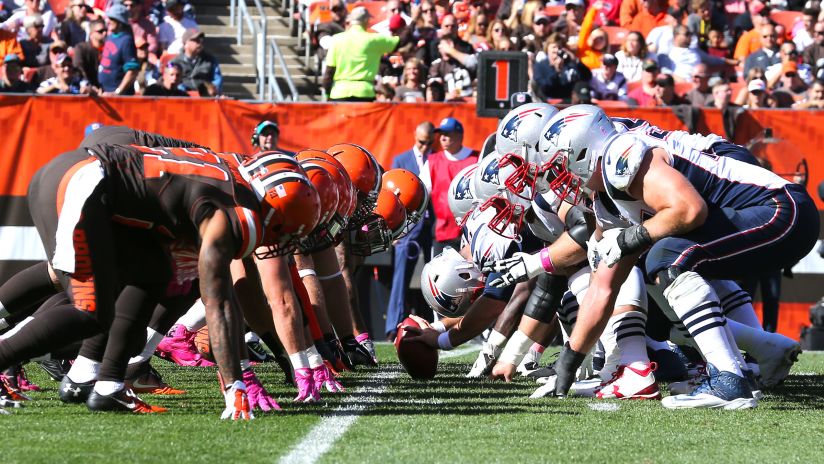 TELEVISION: This week’s game will be broadcast by CBS and can be seen locally on WBZ-TV Channel 4 . Jim Nantz will handle play-by-play duties with Tony Romo as the color analyst. Tracy Wolfson will work from the sidelines. The game will be produced by Jim Rikhoff and directed by Mike Arnold .

NATIONAL RADIO: Sunday’s game will be broadcast to a national audience on Sports USA . Larry Kahn will call the with game with Doug Plank providing analysis. Troy West will work from the sidelines.

I think the browns can pull off the upset against the Pats!

Not this year… or even next year. But at some point… they can!

When the schedules first came out, this was the game that people had circled for the start of the challenging part of the Patriots schedule. The remaining schedule:

The next 6 games will tell an interesting story of who the 2019 Patriots really are.

The hardest week is the bye week, self scouting means many a players feelings will get hurt during Film sessions! 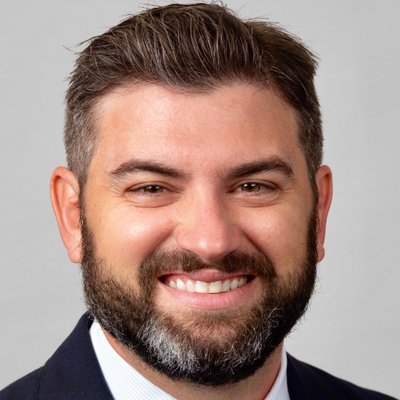 Obj says Bill Belichick tells him the same thing in pregame each time they play: “I hope you enjoy today, because there’s not going to be much for you.” https://t.co/opnaNFmak9
1 Like
TheEvilPrince October 24, 2019, 5:27pm #6 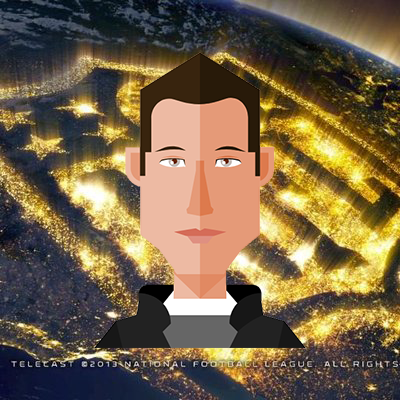 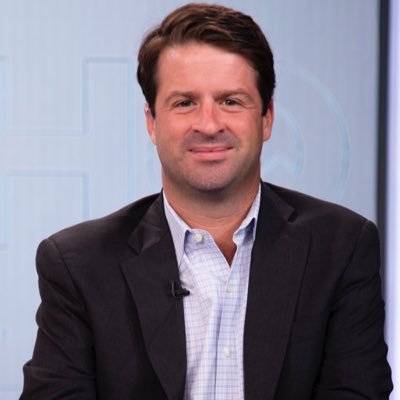 “They hold, they grab. They’re real scrappy. And it seems not to get called.” - Jarvis Landry on the Patriots secondary

“We’re gonna win, but I’ll just float some excuses out there early just in case”

I hope Mayfield throws to Landry over the middle, on multiple occasions.

The New England Patriots (7-0) and the Cleveland Browns (2-5) announce the following injuries and practice participation.

What’s the weather going to be like up there today?

Rain. Lotsa rain and wind from what I hear but Bill went on a epic rant for 2 minutes in his press conference yesterday about how often weather reports are wholly inaccurate so there’s that.

You think BB tries to gameplan out OBJ or Chubb?

OBJ came out the other day and said before games Bill would tell him to have fun cuz he wouldn’t be productive.

I’m guessing OBJ is the target but this D is gonna take both away.

Patriots’ RB Rex Burkhead, who missed the past three games with a foot injury, is expected to be active today against the Browns, per source.
1 Like
TheEvilPrince October 27, 2019, 6:21pm #16

So that’s why they cancelled all the races at Belmont today. I was going to take a shot at that guaranteed pick-six payout, but they’ve transferred that from closing day at Belmont to opening day at Aqueduct next week. 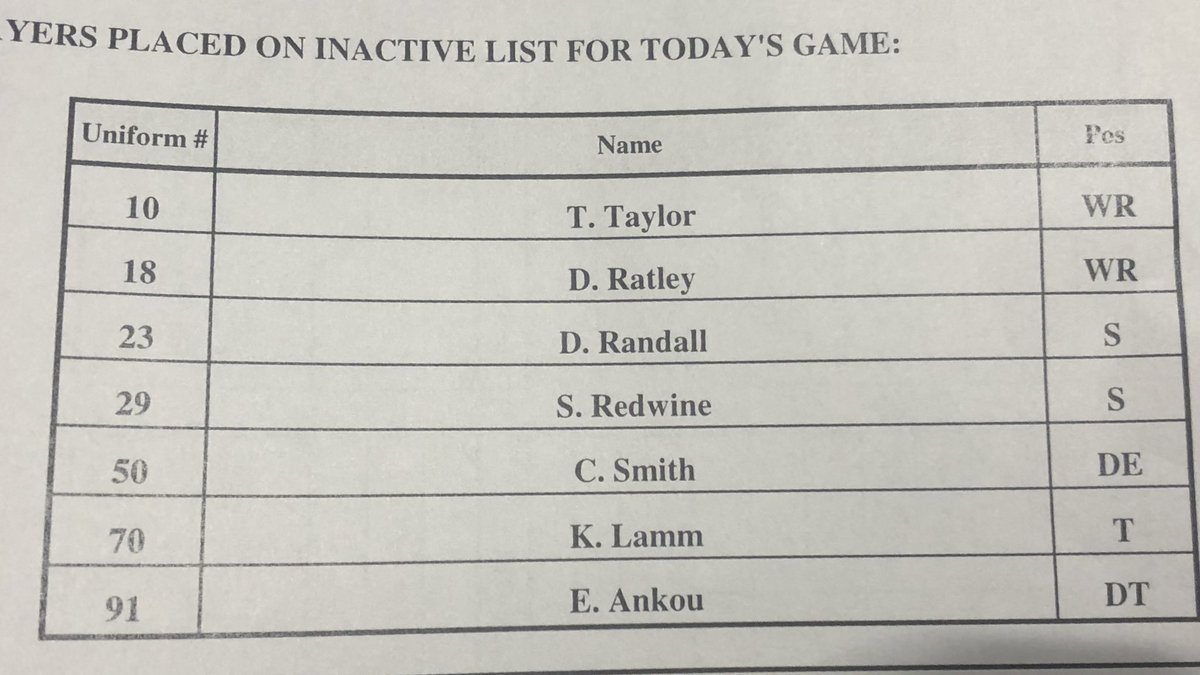 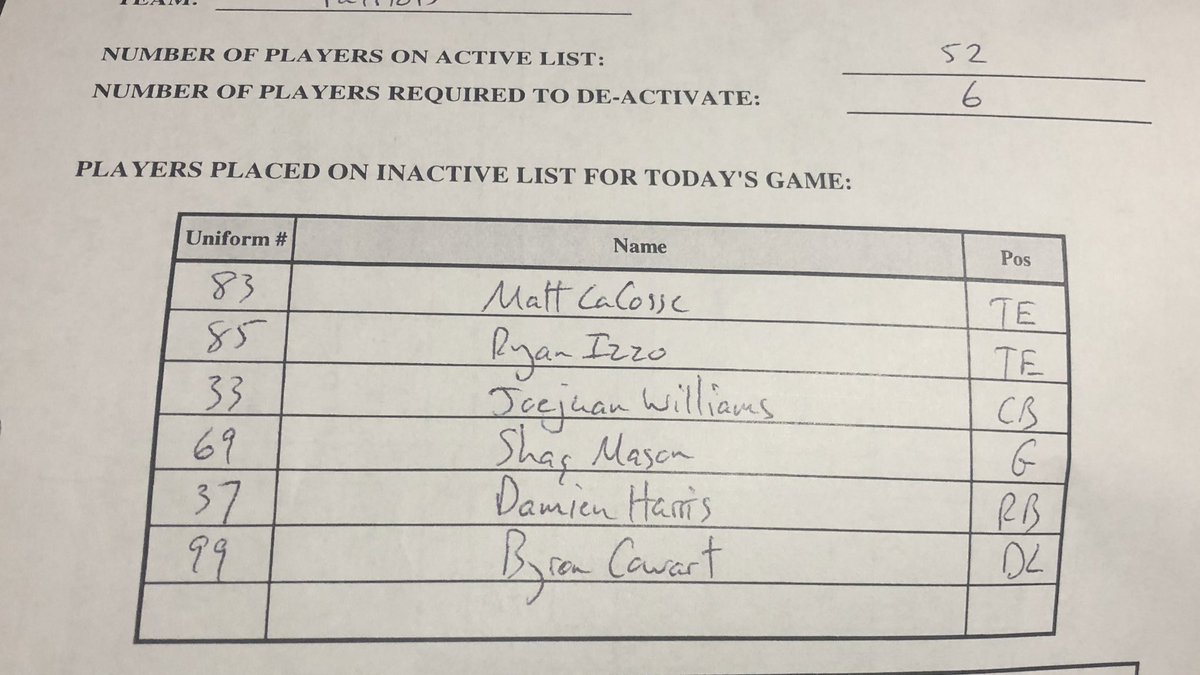