The New England Patriots improved to 10-1 following a win over Dallas and have now won at least 10 games for an NFL record 17 straight seasons (2003-19).

The Patriots will try to extend their NFL record to 10 straight seasons with at least 11 wins with a victory over the Texans this week.

The Patriots will face Houston for the fifth straight year in the regular season and for the first time at Houston since a 27-6 New England win on Dec. 13, 2015, which was also played on Sunday Night Football.

In 2016, the Patriots and Texans played twice with New England taking a 27-0 victory on in the regular season and a 34-16 win in the Divisional Playoffs. Both games were played at Gillette Stadium.

Overall, the Patriots have played the Texans 11 times and hold a 10-1 advantage, including 8-1 in the regular season and 2-0 in the postseason.

The Patriots are 3-1 against the Texans when playing in Houston.

New England’s only loss against Houston was in the final game of the 2009 regular season when Houston defeated the Patriots, 34-27. The Patriots had already clinched the division prior to that game and Tom Brady was relieved for portions of that game by then backup QB Brian Hoyer.

Before the Texans joined the league, the Patriots and the Houston Oilers were foes dating back to the days of the American Football League, playing twice a year from 1960-69 and 33 times overall before the Oilers moved to Tennessee following the 1996 season. The Houston Texans inaugural season was 2002.

When the Patriots run - Edge: Texans

For the first time in several weeks there were some signs of life in the Patriots running game. While it might be easy to point to the return of Isaiah Wynn as a reason for the improvement, in reality the credit should really go to Sony Michel. Michel did a great job of avoiding tacklers in and around the hole against the Cowboys, showcasing some effective jump cuts to pick up plenty of extra yards that weren’t necessarily there. While his numbers were modest – 85 yards on 20 carries – he did a nice job of helping the Patriots move the ball in tough conditions. He should have some chances to do the same Sunday night in Houston against a run defense that is similar to the Dallas version he just faced. The Texans allow 108 yards per game on the ground, which is middle of the pack at 17th in the league. J.J. Watt’s absence certainly has hurt the cause, but Houston has been susceptible to allowing chunks on the ground. It will be interesting to see if Michel can build off his solid effort against the Cowboys and continue to give the Patriots offense a boost.

When it comes to pass defense, Houston struggles in pretty much every area. The Texans allow 260 yards per game through the air (25th), have just five interceptions (30th) and 22 sacks (28th in sacks per pass play) and have allowed better than 41 percent of third downs to be converted, which is 31st in the league. Former Patriots defensive coordinator Romeo Crennel has searched for answers all season as he’s tried to patch things together in a banged up secondary. Bradley Roby (hamstring) and Johnathan Joseph (shoulder) are the starters at corner but have missed time due to injury. Lonnie Johnson (ankle) also is banged up, necessitating the moves to acquire castoffs Gareon Conley and Vernon Hargreaves, the latter being a former first-round pick banished by the lowly Bucs. Roby, Johnson and starting safety Justin Reid (concussion) all sat out the Texans Week 12 win over the Colts and their status moving ahead is unknown, although they practiced early in the week. The Patriots have injury concerns of their own at receiver with Phillip Dorsett (concussion) and Mohamed Sanu (ankle) both sitting out the Cowboys game. With Wynn back and Michel showing signs of life, it would be nice to see Tom Brady get his receivers back working indoors in Houston against a suspect secondary.

When the Texans run - Edge: Texans

Carlos Hyde is the type of power back that has had some success against New England this season. Despite dominance on virtually every level of defense, the Patriots rank 23rd in average yards per rush, and Hyde averages just under 5 yards a carry. He’s given the Texans some balance while third-down specialist Duke Johnson provides a change of pace. Deshaun Watson (301 yards, 5 TDs) also can make plays with his legs, so the Patriots front seven will have its hands full. The Patriots did a reasonable job against Ezekiel Elliott last week, allowing 86 yards on 21 carries, but the task may be more difficult this week dealing with the Texans read-option looks. The linebackers continue to play well, particularly Kyle Van Noy and Dont’a Hightower. Van Noy and John Simon will need to do be solid in setting the edge to prevent the big plays the Texans have managed with Hyde in recent weeks. Keeping Houston’s ground game under wraps will go a long way toward shutting down the Texans, but that’s easier said than done.

When the Texans pass - Edge: Patriots

Watson is one of the game’s most electrifying talents. While’s not quite as dangerous as Lamar Jackson as a runner, he’s far superior to the Ravens quarterback as a passer. He’s connected on 69 percent of his throws and has 20 touchdowns and seven picks for the season. It looks like he’ll have his top three receivers – DeAndre Hopkins, Will Fuller and Kenny Stills – all available for the Patriots, so this will be a tall order for the outstanding Patriots secondary. Stephon Gilmore continues to impress going against the opponent’s top threat. He’ll likely face another tough assignment this week against Hopkins, who leads the team with 81 grabs for 839 yards and six touchdowns. Fuller is a deep threat while Stills works from the slot. The status of Jason McCourty, who missed the Dallas game with a groin injury, will be important. Without him, the secondary might be stretched a bit thin. However, the Patriots should be able to pressure Watson, who makes life tough on his offensive line by often holding the ball while trying to allow deep patterns to develop downfield. The front seven should have some success getting after him, and Gilmore’s strong work on Hopkins will help neutralize what can be a very dangerous offense.

Both teams have endured their struggles in the kicking game. Stephen Gostkowski’s injury has left a void in New England, as both Mike Nugent and Nick Folk have missed multiple kicks in his absence. Houston Ka’imi Fairbairn hasn’t exactly been consistent either, missing 10 kicks overall, five each on field goals and PATs. All five of Fairbairn’s misses on field goals have come from beyond 40 yards, three from beyond 50. In terms of the return game, neither side has been overly effective. Houston uses DeAndre Carter for both kicks and punts but he’s yet to break one this season. The Patriots have been forced to adjust on punts with Gunner Olszewski out for the season and Sanu nursing his ankle injury. Julian Edelman and Rex Burkhead were used against Dallas but neither returned a punt. The Patriots earn a huge edge overall, however, based on both coverage and the ability to make plays. Matthew Slater blocked a Dallas punt last week, the third time the Patriots have turned that trick this season. Few teams boast the playmaking ability New England has displayed in the third phase this season.

PATRIOTS ON VERGE OF ANOTHER 11-WIN SEASON

The Patriots have won 11 games 20 times in team history, including a current streak and NFL-record nine consecutive years dating back to 2010.

Tom Brady owns a 21-12 record in 33 games playing on Sunday Night Football. His best statistical performance on Sunday Night Football came in Week 10 of the 2007 season when he completed 31-of-39 pass attempts for 373 yards and five touchdowns, including four to WR Randy Moss, in a 56-10 rout of the Buffalo Bills at Ralph Wilson Stadium (11/18).

Brady has thrown for over 300 yards 15 times in Sunday Night Football games.

TELEVISION: This week’s game will be broadcast by NBC and can be seen locally on NBC 10 Boston . Al Michaels will handle play-by-play duties with Cris Collinsworth as the color analyst. Michele Tafoya will work from the sidelines. The game will be produced by Fred Gaudelli and directed by Drew Esocoff .

NATIONAL RADIO: Sunday’s game will be broadcast to a national audience on Westwood One . Kevin Kugler will call the with game with Jason Taylor providing analysis.

Tony Corrente has been assigned as referee for Sunday night's Patriots-Texans game. No. 99 in your officials' program, Corrente was promoted to referee in 1998. He worked the Week 8 Patriots-Browns game, and his crew ranks 5th in penalties called this season (18.6 avg. per game).
Mike83 November 27, 2019, 2:05pm #3

I hate this turf.

Do this colts fan a solid and win please. 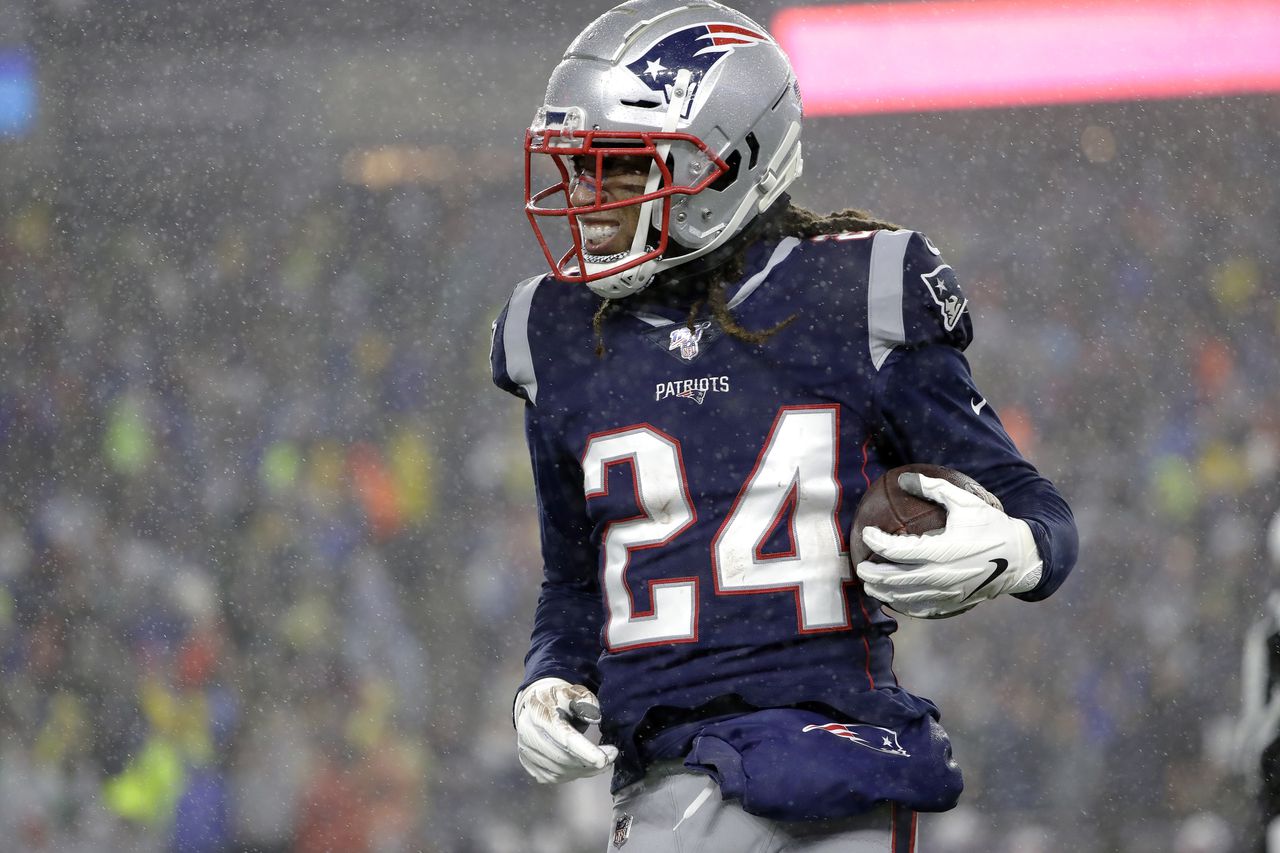 Eight players were absent on Wednesday.

None of this matters. I’ve been getting ready for this game by watching tons of experts on ESPN. I am not encouraged.

This Patriots team is the worst 10-1 team ever. All of their wins are lucky and referee aided, or against teams barely qualifying as professional. The one time they played a real team they got boatraced by The Future.

I’m not sure where the term “boatraced” came from but all of a sudden I’m hearing it everywhere.

Bill Belichick is stuck in his ways. The game has passed him by. He can only wish he had the visionary genius to draft Lamar Jackson. As it stands he is the head coach of the worst 10-1 team ever. This is not acceptable. Time for him to quit resting on his Super Bowl titles and shake this team up.

If you can’t fire Will Muschamp because of his $18 million buyout, fire someone. Multiple someone’s.Doesn’t matter who, I just need to see heads roll. (Sorry this leaked over from my post on FireWillMuschamp dot com)

Josh McDaniel can’t adapt. Guy is nothing without his HOF tight end, an intact offensive line, actual NFL receivers and an in his prime GOAT QB. C’mon Joshie pooh. Earn your paycheck. If the plays you are calling aren’t working…CALL DIFFERENT PLAYS. Sheesh. Its not complicated.

It is a fact that Tom Brady is old. He is currently best known for being the starting QB of the worst 10-1 NFL team ever. No QB his age (51) has ever won an NFL start. Look it up. The guy has thrown TD passes to 75 different receivers in his career. Imagine being so self centered that you intentionally spread your TD passes around so that no receiver ever builds enough for him to become a star in his own right. Pathetic.

Baltimore provided the game plan. The Patriots have been exposed. They probably wont win another game.

Yep. That pretty much sums it up Thep. Well, it was a nice run.

Yep. That pretty much sums it up Thep. Well, it was a nice run.

No kidding. We’re screwed like a ten dollar whore during Fleet Week. 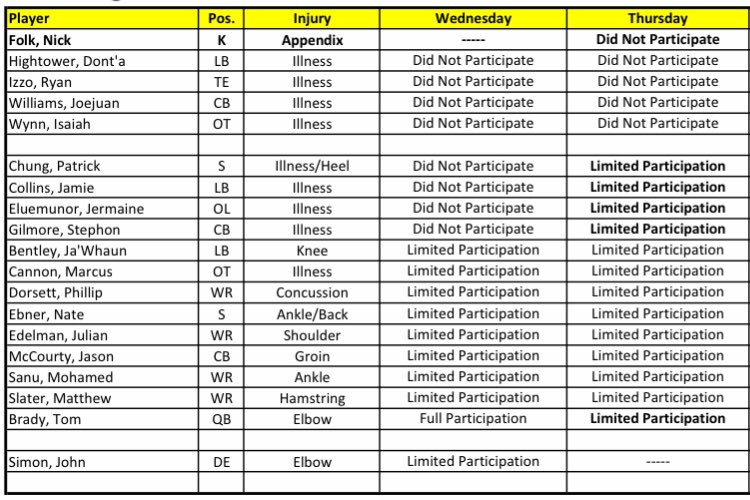 Can I steal this please? It’s perfect.

If you posted a link to my post I wouldn’t sue you or anything.

Getting ready to post in a an NFL group me and No1Jag run on FB.

Kewl. Post anything of mine you want, but a link back here would be appreciated.

Let me know if anyone wants to fight about it. 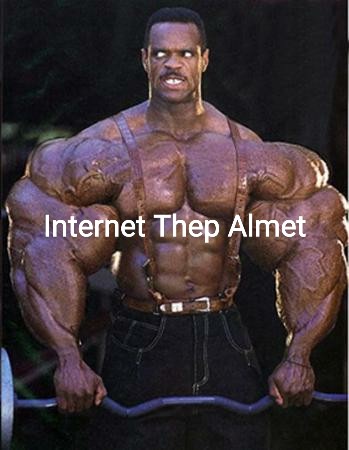 The New England Patriots (10-1) and the Houston Texans (7-4) announce the following injuries and practice participation.