If you watched the season premiere of Better Call Saul last night, the show that premiered immediately after it was a show called Lodge 49. This show was not on my radar at all until the promos for it aired during BCS. Billed as The Big Lebowski as a TV show, and with Paul Giamatti as one of the executive producers, i was immediately intrigued. And sure enough it definitely carried some of that Dude vibe.

The show is based around Sean “Dud” Dudley (do you see what they did there?) who is a good natured 30 something who just wants to live his life. But a tragedy has tossed him out of his blissful little world and he is struggling to find some purpose. While his twin sister struggles with the crushing debt left behind by his fathers death, Dud is homeless, unemployed, and seems adrift. Until he finds a ring on the beach that belongs to a member of the Lynx society. When fate has his car run out of gas in front of the local Lynx lodge, for the first time since his fathers death he stops feeling directionless.

Judging from the first episode, i would magine that the word “quirky” will get used a lot describing this show, and it doesnt seem to be a show that is going to concern itself with picking up the pace. Think slow burn. Given my love of The Big Lebowski, and AMC’s track record with shows the last decade, im going to give this show a lot of rope.

If you think Dud looks familiar, its because he is: he is the child of Kurt Russell and Goldie Hawn.

Man I just watched the season finale of Lodge 49 and what a nice show it ended up being. No big action scenes, just a group of lovable losers trying to find their way. Cameos by Bruce Campbell, Vik Sahay (Lester from Chuck) and Cheech Marin. Seriously if you liked The Big Lebowski I’d give this show a chance.

This looks cool, I may see if I can download a few episodes to watch in the rain camping.
I like the no big action scenes, sometimes that is all one remembers.

dammit, I can not download them. I could stream since I am unlimited data but it hangs up

If you aren’t watching, you are missing out. Paul Giamatti is the guest star for the second half of season 2.

Season 3 is in doubt. Giamatti has created a reddit account in his characters name u/L_Marvin_Metz and has spent the last few days posting on the shows subreddit r/Lodge49 in characyer trying to rally the troops to get the show renewed. Its so fantastic I can’t possibly describe it.

Holy shit he just responded to something I posted. I’m talking to Paul Giamatti!!!

So then I responded to his response, and on a Saturday night somewhere in Hollywood, an A lister celebrity got a reddit notification caused by me on his phone, and took a break from doing mounds of coke and banging a room full of gorgeous 19 year old wannabe starlets to respond to me A SECOND TIME by telling me something I posted was “mind bogglingly ingenious.”

He might have been making fun of me. I’m not sure. But I’m still calling it a win for me.

I think Paul Giamatti is a great actor. However, I’m still pissed at him because that Wine Country movie he made turned a nice little not-that-well-known region into a bunch of tourist traps.

Ruined the Santa Inez Valley, really. I think Lodi and Paso Robles might be headed in the same direction, although I must admit I haven’t been to any of these places since 2013.

I think maybe its time for forgiveness. 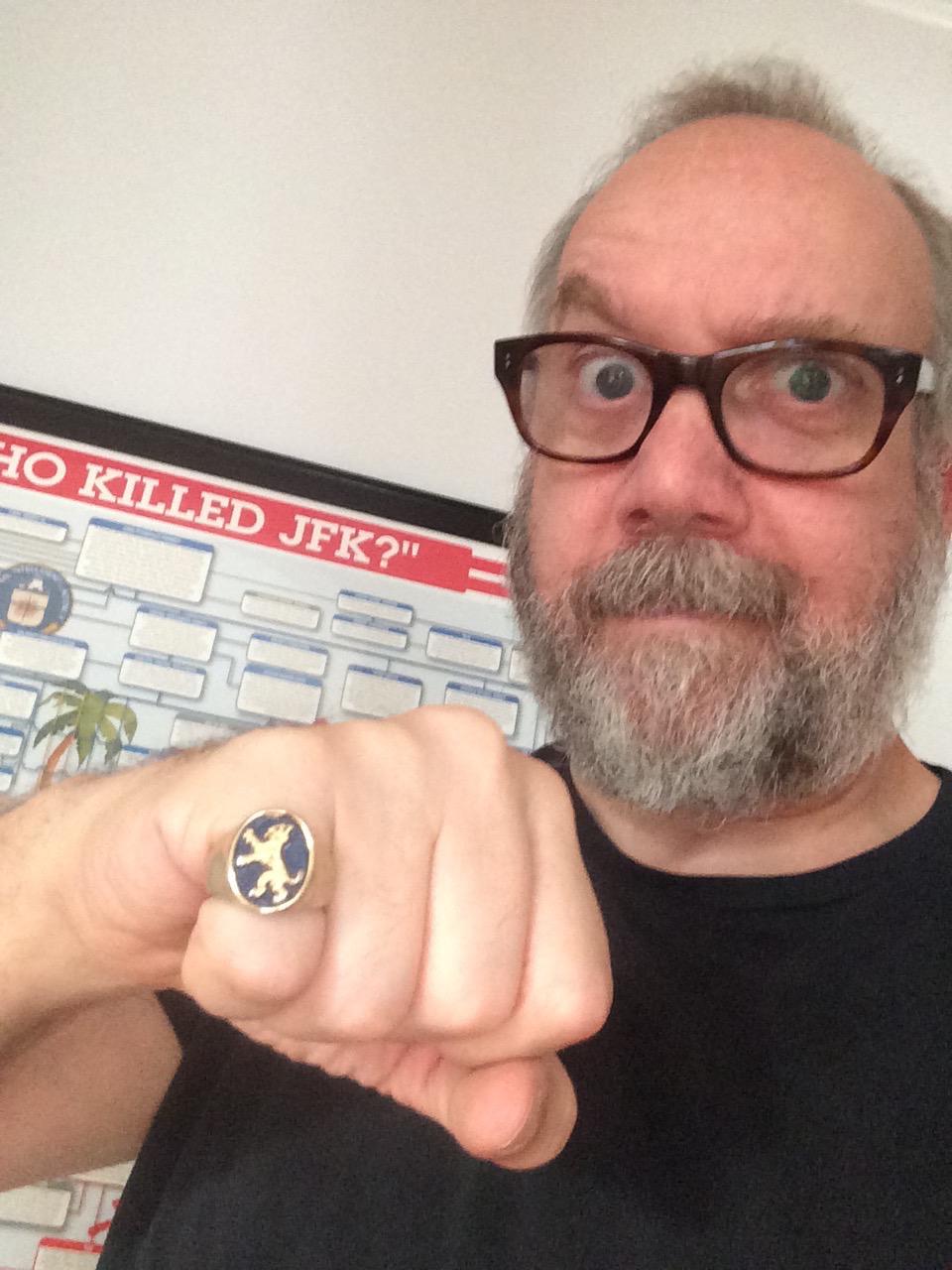 There is political urban legend out there about the guy who defeated his opponent on Election Night by announcing that his opponent’s sister, a Broadway Actress, was “a confirmed thespian who had given many public performances.”

And it wasn’t a lie.

Yes that is Paul Giamatti. And yes that is The Waitress from Its Always Sunny In Philadelphia in the globe head costume.