So you admit to plagiarizing?

Let’s not get away from the most pressing issue here…

What possesses someone to lie on a messageboard about writing an article?

Random thought that just occurred to me on why this is doubly hilarious:

JohnLocke posted the article in question as “proof” that he wasn’t a blind Trump supporter and that he does criticize the president.

Turns out, he didn’t even write it, so it’s not even an example.

What is going on here?

I don’t care if John Locke claims to be the queen of England, birthed from an unholy alien - demon cross pairing. Who gives a fuck?

This is not the site to call out people for their real life shit. It’s stalker like and creepy.

I don’t know, Brody… You need to lighten up.

It’s not about claims of real life or doxxing or anything like that.

It’s that he claims to have written an article that he ripped off from someone else and tried to claim at his own. 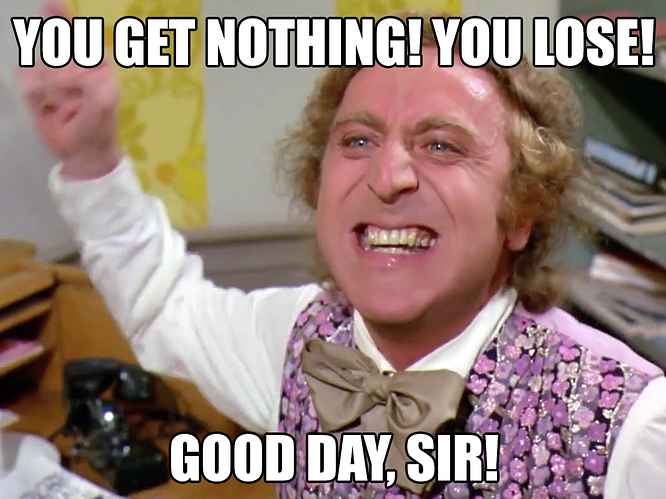 *Thep Almet is in no way associated with Paramount Pictures or any of its subsidiaries, the producers of the movie Willy Wonka and the Chocolate Factory, or Gene Wilder.

I have not published any articles from anyone here. Unless I missed it, you pulled those from external websites.

Seems personal to me.

YOU haven’t but JohnLocke did, which is the entire point of this thread.

NEW: The White House wanted the USS John McCain “out of sight” for Trump’s visit to Japan. A tarp was hung over the ship’s name ahead of the trip, and sailors—who wear caps bearing the ship’s name—were given the day off Politics

He posts an entire article ON THIS BOARD verbatim, except that he changed the byline to put in his own name and claimed it as “my article”

All I did was google the damn thing and figure out that it WASNT his article and that he was actually claiming someone else’s work as his own:

Like I’ve said, this would be the only messageboard that I’ve ever been a part of that wouldn’t make this immediately a bannable offense.