But having a guy who could do a passable initiation of Lamar Jackson or Deshaun Watson, etc might be very helpful to the defense.

Damn. I hadn’t thought of that aspect. Intriguing.

I’m still surprised that nobody has taken a flyer on him yet, especially with all the starters going down.

I mean, Indy was headed to the playoffs before Brisette went down. I’m not betting on Hoyer to get them there.

As far as his taking the knee things goes, had I been the owner of his team, I would have offered him this compromise: before the National Anthem is played, we’ll all take a knee and have the crowd observe a moment of silence in support of the unjust victims of all forms of discrimination. But you’re standing your sorry ass up and honoring the Armed Forces when that National Anthem plays, or else I’m sending some folks in uniform out onto the field to make you stand up.

Nice. I like it. And this is basically what Jerry Jones did in Dallas minus the uniforms forcing the stand up. Hell, even Michael Bennett is standing now down there.

Ugh, christ… That’s all we’re gonna hear about for the next decade till he signs with a team.

Basically Roger is putting it on the Owners, GM’s and coaches to get him a job. What a BS thing.

The NFL should give AB and other out of work players the same equal treatment. To not is a disservice to the other players.

IF I ran the NFL I would have offered them a workout the day the Lawsuit was decided and today release a statement saying; “We offered both players a workout on such and such a date, they refused so any attempt to get back into the NFL fall directly on them and they are free to have an open workout at any time.”

Well said! Fans have been asking for him for years now, they are going to be disappointed in my opinion.His last year he wasn’t that good, he is now 32 years old. Has maybe 3 or 4 good seasons left. But I’m sure a team will take him and he will be starting in no time. Chicago Bears comes to mind. Trubisky is awful, and they desperately need a QB.

Word is that Miami will be attending.

they want Tua ? Unless Kap is backup or something. Can’t see many teams starting him right off the bat, maybe Chicago or Cinci or something like that?

No way Cinci signs him. They benched Dalton to see what they had in Finley. Bringing in Kaep to start would end that and they dont need a backup because Dalton is healthy.

The Ravens make sense bringing him in a a backup, but Kaeps wife may have already burned that bridge 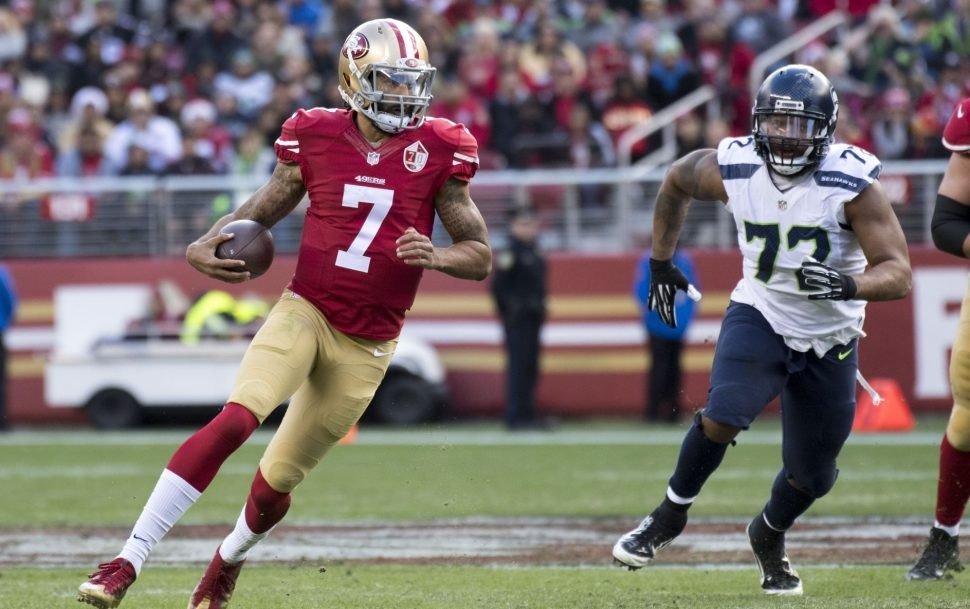 The Patriots will reportedly be among the teams scouting Colin Kaepernick's workout for NFL teams in Atlanta this weekend.

2/2 So Kaepernick camp says it was promised list of attendees and can prove it, and an NFL source said league did not make that promise. Another source in Kaepernick’s camp said he was on the phone call when the NFL said how it would provide the names of attendees. On it goes.
Mike83 November 14, 2019, 12:43pm #16

this is a bullshit act. He is looking to turn it on league and sue again

This is a longshot, but worth the try for one reason. Back when Kaep played for UNR, I remember him beating my Cal Golden Bears at least once with the “Pistol” Offense. If he can move anywhere near the way he did back then, he could at least provide a way for our defense to practice against something vaguely resembling Lamar Jackson.

That is my thought exactly.

Hmmm even with RG3?