So, Patriots Long Snapper has made Full Lieutenant in the Navy, pay grade O-3. This actually happened a week and a half ago. The cool thing is that the Navy chose to hold his promotion ceremony in front of his (Patriot) teammates. 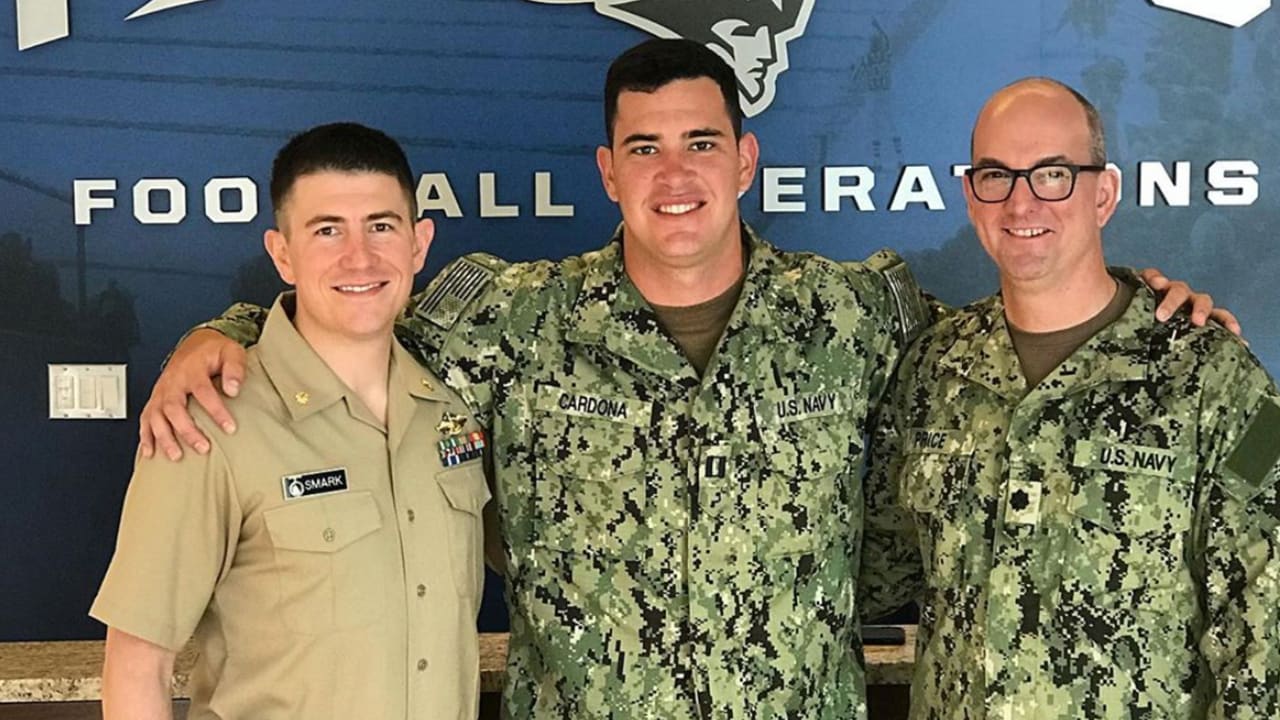 Joe Cardona gets promoted to lieutenant in Navy before practice

Before the final day of minicamp, Joe Cardona was promoted to lieutenant, a moment that was shared with his teammates.