Has Brady played his last game as a Patriot?

Something was off mechanically from week 6 on with Tom. precision is his forte and he was all over the place. Was it the receivers in the wrong place? or Tom just not physically being able to do it? I go with injury forcing Tom to not be able to do it. Brady came in heavier this year to be able to withstand the beating but who would think the OLine would be a complete mess with injuries and retirements after the free agent losses. Tom is not done, he will be back. I am expecting a huge disturbance in the Patriot Universe but Tom leaving is not it. Chad O’Shea need to return to be the Red Zone specialist - he doesn’t run it three times in a row, he play actions a pass to Wynn.

This is a pretty great article by a former agent about Brady’s contract and how it relates to Brees’s contract, and how the Patriots will have some cap pressure to re-sign him before the current contract voids. 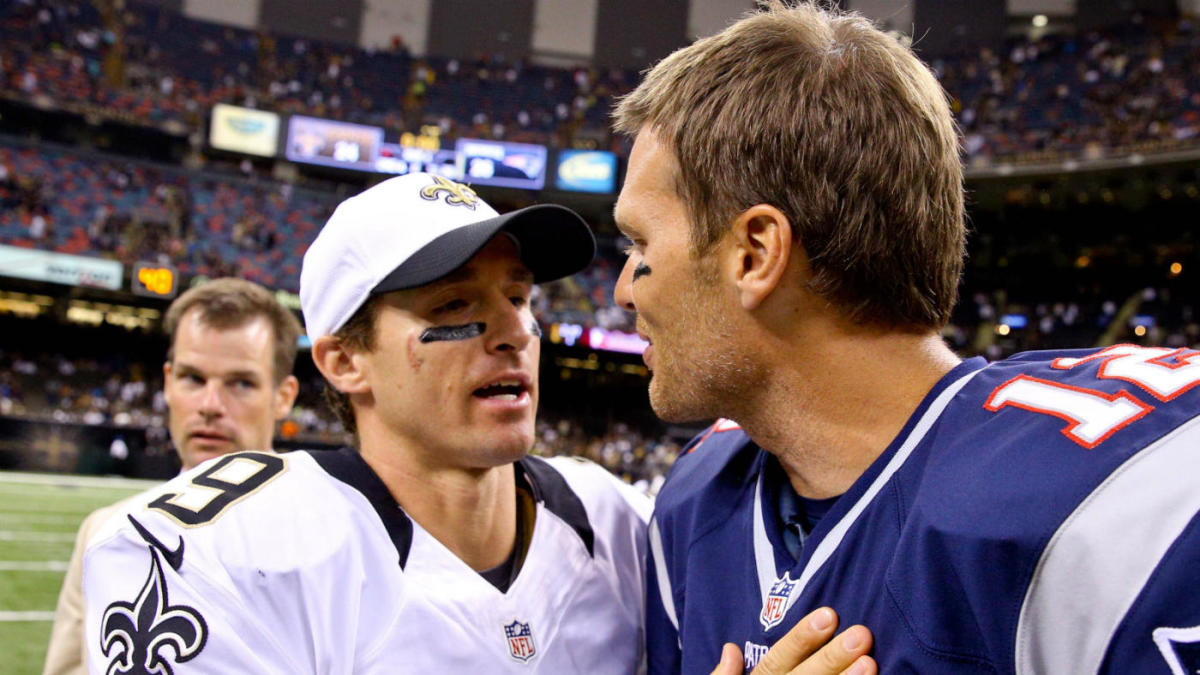 Agent's Take: An inside look at Tom Brady and Drew Brees contracts, and how...

One thing that bears saying.

Regardless of how things play out, Tom owes us nothing.

He has paid up in full.

One thing that bears saying.

Regardless of how things play out, Tom owes us nothing.

He has paid up in full.

That’s how I felt about peyton when he left. Some fans were not like me, pretty bitter he left.

It ain’t over now, ‘cause when the goin’ gets tough, the tough get goin’. Who’s with me? Let’s go! Come on!..(He ran to jump on Bandwagon Bus but no one followed him)

Mikie (returning): What the f–k happened to the Pats Fans I used to know? Where’s the spirit? Where’s the guts, huh? This could be the greatest offseason of our lives, but you’re gonna let it be the worst. ‘Ooh, we’re afraid to go with you, Mikie we might get in lose Brady.’ (shouting) Well, just kiss my ass from now on! Not me! I’m not gonna take this. Ravens, they’re a dead team! Chiefs, dead! 49ers…

Otter : Dead! Mikie’s right. Psychotic, but absolutely right. We gotta take these bastards. Now, we could fight 'em with conventional weapons. That could take years and cost millions of lives. No, in this case, I think we have to go all out. I think this situation absolutely requires a really futile and stupid gesture be done on somebody’s part.

We’re just the guys to do it…LET’S DO IT!

I’m in with ya. Ride or die muthafucka…

Ride or ride or die muthafucka…

Dammit. I’ve to look at my posts before hitting send.

This has been happening for like ever. Guessing it won’t change much as I approach 50.

As a fan I can accept either outcome…

Thing is , i don’t think it’s that complicated. It’s about reality and who can see the reality of value of 43 year old QB. If you just look at stats and drive killing mistakes … it was a below average year .

If you want to value leadership and work ethic type things over performance then you can increase his value.

So put his value realistically vs replacement. That’s your number and it should be Tom’s number too. Realistic. " Im still functional but not at my highest level. “. and " I wanna play in the best situation for winning and have realistic desires for a contract”…

The fact that he’s a free agent means he should get a better number from Pats but it still should be lower than last year.

If he goes out there to the highest bidder, it seems out of character… But no one will fault him for doing that. Just isn’t ideal IMO.

Make a deal with pats. Find the number and shake on it.

I think his numbers at least were pretty damn good considering what he was working with and injuries to himself.

We also don’t know if Bill wants him back. That’s another part of the equation.

Word outta Foxboro from insiders is they are very high on Stidham but he may not be quite ready yet.

Just now. This is why Brady succeeds. Brilliant.

I just wanted to say to all of our fans, THANK YOU! After a few days of reflection, I am so grateful and humbled by the unconditional support you have shown me the past two decades. Running out of that tunnel every week is a feeling that is hard to explain. I wish every season ended in a win, but that’s not the nature of sports (or life). Nobody plays to lose. But the reward for working hard is just that, the work!! I have been blessed to find a career I love, teammates who go to battle with me, and an organization that believes in me, and fans who have been behind us every step of the way.

Every one of us that works at Gillette Stadium strived to do their best, spent themselves at a worthy cause, and prepared to fail while daring greatly (h/t Teddy Roosevelt). And for that, we’ve been rewarded with something that the scoreboard won’t show - the satisfaction of knowing we gave everything to each other in pursuit of a common goal. That is what TEAM is all about.

In both life and football, failure is inevitable. You dont always win. You can, however, learn from that failure, pick yourself up with great enthusiasm, and place yourself in the arena again.

And that’s right where you will find me. Because I know I still have more to prove.

Nice message by the GOAT.

To me, the whole thing hinges on one thing.

How much of Brady’s performance this year was caused by injury?

If it was injury, then I want him back. And I believe BB would too. But if any amount of his inaccuracy this year was caused by declining skills, it becomes a lot more murky.

Agreed. However, I have seen him zip in a bunch of quality passes with good decisions earlier in the season and some sporadically late. I do think injury was an issue.

accuracy is a foundation issue, he was not mechanically sound because of injury.

Murky is just another word for reality and seeking correct value for him as your QB. The year proves he did not lift the offense. Would a running QB throwing 50% completions get more 1st downs? Yup.

That said , he still can be a functional QB at the right price to lead this team. Call it the sentimental year #21 … Which fits because they set the wins record at 21 consecutive…

I think it will help if MCD is gone also. Needs some fresh ideas to tailor the scheme to what Brady can do.

“I think both sides right now, I think they have already had their conversation — ‘This is where we are. This where you are. OK, let’s see where it goes.’ I think this is leverage season because right now it is easy. That is what you think, that is what I think. Now the season is over, we’re moving on,” Bruschi said. “But, what happens when this really gets real? When it starts to get real and you’re starting to hear rumors about the Dolphins, or the Chargers, or another team and they are offering something to him and it is two or three years? You start to realize something if you’re Robert Kraft, and I would think it’s probably more Robert Kraft than Bill Belichick, but you’re starting to realize, ‘Wait a second, this is Tom Brady that we’re letting go. And is it possible that the one-year deal we offered, could it possibly be two because now it is real he could possibly be a quarterback for another team.
“We’re not talking Bernie Kozar, we’re not talking Vinny Testaverde, we’re not even talking about Joe Montana in my opinion, we’re talking Tom Brady. He’s head and shoulder above everyone else in terms of what they accomplished and you’re about to see him sign with another team. That is when it gets real. That is when the leverage becomes real and that is when I think cooler heads will prevail.”

“No bro. We all need to be thanking you! Your leadership is an inspiration, your example exemplary, and your fire is contagious. Generations of players have been blessed to take the field and share the locker room with you. You made everyone better and made us appreciate this game all the more. You taught us the importance of TEAM and that winning is not by chance. It’s by choice, in every drill when the lights and cameras are no where to be seen. And even though your stardom is unmatched you still take time to hug our kids, wives and parents, sign all the stuff people send you and have normal conversations lol. Kindness lasts forever. Play as long as you desire to. This decade needs some TB records as well. Fan for life #LFG.”