Im going to sit down and watch season 1 at some point, UT. Please dont smite me.

Thanks. Great show. Season two should be better now they are comfortable.

Thanks. Great show. Season two should be better now they are comfortable.

…and squeezing in The Expanse, right?

…and squeezing in The Expanse, right?

I need to get on the some time soon. Is there a new season of that in production? If so, when does that premiere?

I need to get on the some time soon. Is there a new season of that in production? If so, when does that premiere?

I doubt it. The latest season just finished over the summer. Dont wait til the last minute. Youve got 30 episodes to catch up on. Season 4 will make virtually no sense to you if you dont go back and watch from the beginning.

Looks like shooting for season 4 is supposed to start in Sept, and a summer 2019 release date has been suggested.

Now that Season 4 is a go, [showrunner] Shankar was able to tease a little bit of how the series would continue.

“We’re in the second big movement in the books … a new chapter in humanity. We’re no longer constrained in the solar system,” he said. “It’s how humanity deals with this vast new frontier.”

He also speculated about how moving from the limits set by being on a basic cable network like Syfy to the no-limits on Amazon would affect the show creatively and technically.

“It’s going to be more awesome,” Shankar said. “We no longer have the language restrictions. [We can] curse like a sailor. We don’t have the nudity restrictions… and the 4K and HDR will look amazing on Amazon. We’re no longer constrained by a 43-minute box. We can put some air into it, let things breathe a little bit more. So we’re excited to be on Amazon Prime.”

I tried the first episode of season 1 of the Expanse last night.

Something on my phone distracted me, and when I looked back up, I had absolutely no idea wtf was going on.

I’ll need to try again at some point and pay attention maybe.

Still haven’t watched it, but just saw this. 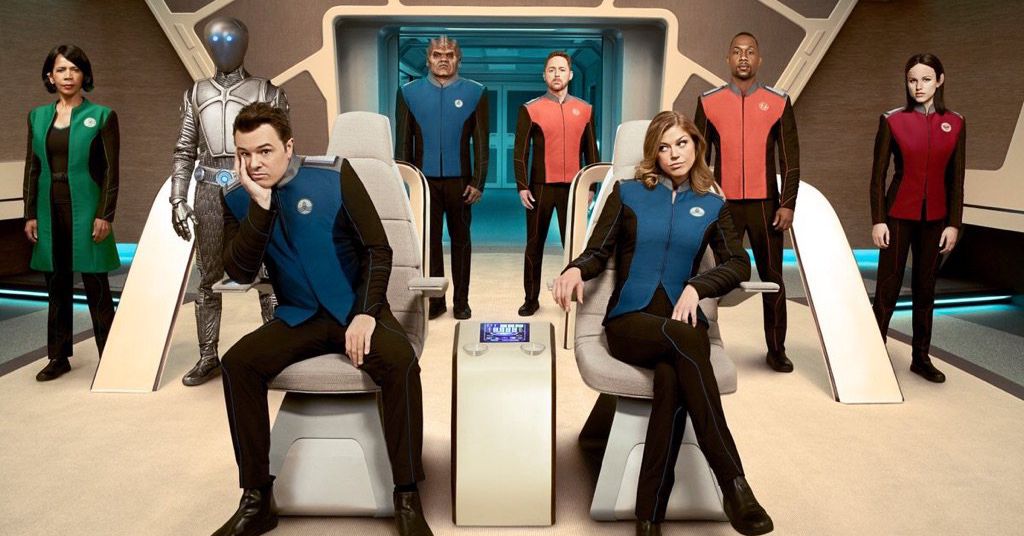 Jumping from traditional TV to streaming

Oh hey thanks. I didn’t know that, but was already watching on Hulu, so cool.