There are enough teams expected to be in the wide receiver market in the days leading up to the Oct. 29 trade deadline – including the Panthers, Patriots, Eagles, 49ers and others – and Sanders could be on the block.

Denver traded fellow veteran receiver Demaryius Thomas to the Texans last year for a 2019 fourth-round pick, and sources told ESPN that the Broncos are expected to be seeking a higher form of compensation for Sanders, who is in the last year of his contract.

Sanders likely would welcome a change of scenery, the Broncos would welcome a second-day draft pick for him, and the possibility of it happening by Oct. 29 is real, according to sources.

Sanders, 32, has 30 catches for 367 yards and two touchdowns in seven games this season, his sixth with the Broncos (2-5). The two-time Pro Bowler suffered a torn left Achilles in practice last December and also had surgery on his right ankle in January, but he made a remarkable recovery and was a full participant in training camp workouts by the middle of August.

He’s been one of the closest things to a bright spot in the Doncos’ offense this year. 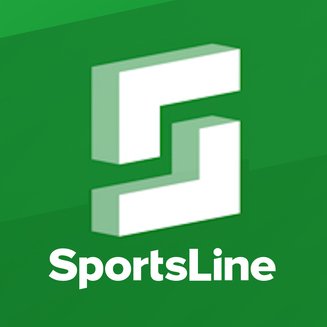 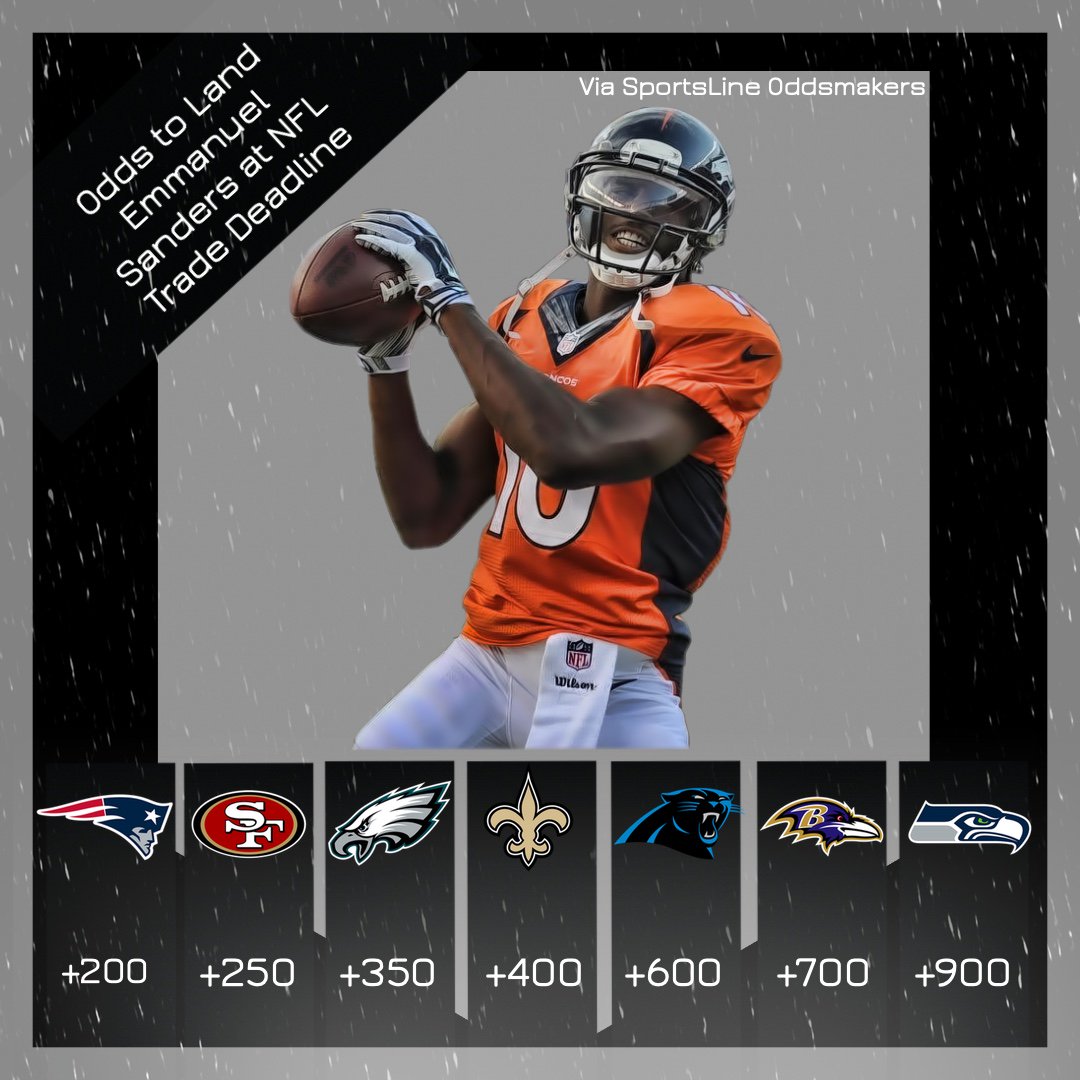 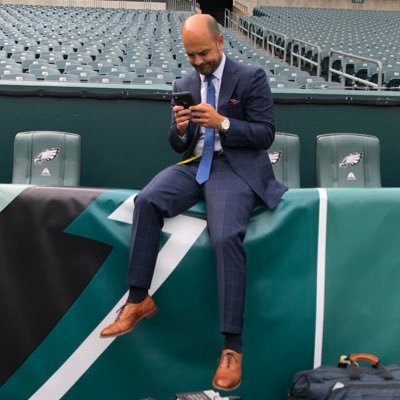 #Broncos trade Emmanuel Sanders to the #49ers along with a fifth-round pick in exchange for third- and fourth-round picks, as @MikeKlis tweeted.
Mike83 October 22, 2019, 8:26pm #7

And I wonder if Sanu reworking his contract with Atlanta prior to the trade hade anything to do with it? 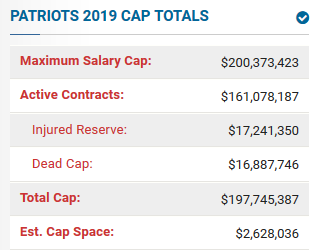 I didn’t say this in the previous post, but the numbers in the gray column are the cap hits. 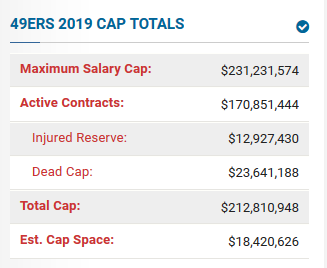 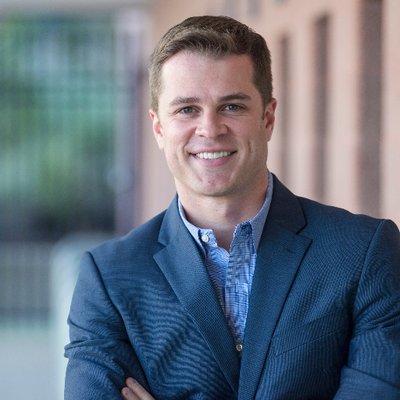 Emmanuel Sanders is thrilled with how things worked out at the trade deadline this year. But he wonders what might’ve been had he ended up with the Patriots all the way back in 2013. “If I went to New England, I probably would have been a Hall of Famer." nbcsports.com/boston/patriot… https://t.co/RbPcTzJyXW
2 Likes
johnlocke January 28, 2020, 3:54pm #11

And considering his epic performances with some just OK QBs he certainly would have been.

If I remember correctly it wasn’t his choice to go to Denver but I could be wrong.

The Patriots signed Sanders (who was a RFA) to an offer sheet after the 2012 season which the Steelers matched.

After the 2013 season Sanders was an UFA and chose to sign a 3 year 15 million dollar contract with the Broncos.

I will never ever ever run a player down for squeezing every dime they can out of their sports careers. They absolutely should. But Sanders had his opportunity to be a part of the Patriots dynasty. And he chose the money. Don’t lament now what could have been.

would Edelman be Edelman if they sign Sanders in 2012? A year prior to releasing Welker?

Edelman became a stud in the slot mostly, would Sanders have flourished outside in the Pats system?

Well, it seems he has in the 9ers system. He had a couple of games since the trade north of 150 yards.