At his introductory press conference of the spring, Red Sox ace Chris Sale mentioned that Rodriguez was working on a new pitch that had everyone excited. Fellow starter Rick Porcello seemed involved on a back field. Pitching coach Dana LeVangie played coy, noting, “He’s just fooling around with something. It’s no big deal.”

So then it was Rodriguez’s turn. What is this new pitch that has everyone either excited or playing dumb?

“Wait just a couple of days,” Rodriguez said. “When the games start, you will see. Wait for the games to start, and you’ll see what it is and if you like it or not, you can tell me after the game. Could be a knuckleball, it could be a slider, it could be a curveball. You always need to add something to be better. If you can add something to be better, why not? It’s something I worked on this offseason. We’ll see how it is in the games. If it’s working really good, I’ll use it. If not, I’ll just take it out.”

In the end, Rodriguez revealed his secret – it’s a slider to accompany his fastball, changeup, and cutter – but it’s hardly the lone reason everyone seems so excited by his progress this spring.

Rodriguez was the center of attention during a bullpen session on Tuesday, drawing the watchful eye of Hall of Famer Pedro Martinez, who told MLB.com’s Ian Browne that he was thoroughly impressed.

“No hesitation, no stopping. It was beautiful to watch,” Martinez said. “I see for the first time he is demanding more out of every pitch. He’s asking for more and more. He’s making good quality pitches, but he wants to improve them.”

As the Red Sox seek avenues to improve upon their 108-win championship season of 2018, E-Rod might top the list. Fully healthy for the first time in three years, he devoted his winter not to rehab, but conditioning. He arrived in Fort Myers looking noticeably stronger and ready to hit the ground running.

“My goal this year is 30-plus starts, and 200-plus innings, and I’m getting prepared for that,” he said.

Hitting those benchmarks would mark a significant step forward. He went 13-5 last year with a 3.82 ERA, but only made 23 starts covering 129.2 innings. That came after he set modest career highs of 24 starts and 137.1 innings pitched in 2017.

“When is Eddie going to make 25 or 30 starts? His winning percentage doesn’t scare me at all,” Martinez told MLB.com. “He’s going to win. He just needs to stay on the bump and hit the 25 to 30 mark and see what happens.”

Maybe the slider will help. While he has technically thrown one before, it didn’t do much.

“It was, like, an in between slider-cutter,” manager Alex Cora said. “Now it’s a real slider”

Rodriguez has taken his cue from Sale, who owns the best slider in baseball.

“It’s something that I’ve been playing catch and working on it with Sale sometimes and now with Pedro,” Rodriguez said. “If it works, I’ll throw it. I’m just waiting. This is the best time to start working on that pitch. It’s spring training, doesn’t hurt your numbers on the back of the card.”

Each starter has taken an interest in E-Rod, perhaps recognizing that he’s the rotation’s X-factor. They give him grief in the clubhouse like he’s everyone’s little brother, but they also push him.

“Besides giving him a hard time all the time, they want him to be great,” Cora said. "They see it. At one point in their careers, Sale and (David) Price were that guy. They’re hard on him because they know how talented he is. Sometimes he gets caught up on who he wants to be. He wants to be Chris one day, and Rick (Porcello) the next day, and David (Price) the next outing. We want him to be Eduardo. Eduardo is a good big league pitcher.

“He’s kind of like the favorite pitcher of the whole camp,” Cora added. “When he throws live BPs, everybody is out there watching. You saw that but stuff-wise, he’s unbelievable. Just a matter of him putting a whole season and we do feel it’s going to happen this year.”

DiceK taught him the mythical Gyroball. 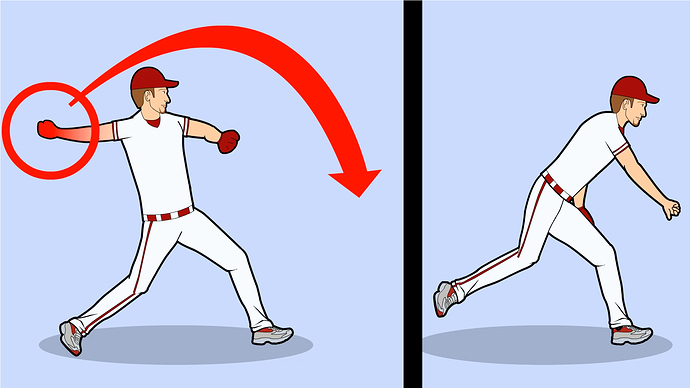 How to Throw a Gyroball

In 2001, Japanese pitching coach, Kazushi Tezuka and a Japanese computer scientist, Ryutaro Himeno published a book called The Secret of the Demon Miracle Pitch. It showcased a new type of baseball pitch called the gyroball. The gyroball...