The New England Patriots and the Buffalo Bills will square off this Saturday in the second of two meetings of the annual series. The Patriots won the first matchup on Sept. 29 at Buffalo with a 16-10 victory. The Patriots will play a Saturday regular-season game for the first time since a 41-3 win vs. the New York Jets on Dec. 24, 2016. The Patriots are 7-0 all-time in the regular season on Saturday under Bill Belichick.

With a win or tie against Buffalo this week, the Patriots will clinch the AFC East for the 11th consecutive season and for the 19th time under Robert Kraft’s ownership.

PATRIOTS ON VERGE OF ANOTHER 12-WIN SEASON

New England and Buffalo will meet for the second time this season on Saturday. The Patriots came away with a 16-10 win at New Era Field in their first matchup on Sept. 29.

The series between the AFC East rivals began in 1960. The Patriots 75 wins over the Bills are their highest victory total over any opponent, eight higher than their own total over the New York Jets (67).

After seven consecutive series sweeps and 15 consecutive Patriots wins from 2003-10, Buffalo ended the streak with a 34-31 victory at Ralph Wilson Stadium in the first meeting between the teams in 2011. The 15-game win streak is tied for the fourth-longest winning streak over a single opponent in NFL history. The Patriots avenged that loss in the 2011 regular-season finale by overcoming a 21-0 first-quarter deficit and scoring 49 unanswered points en route to a 49-21 victory.

The teams have had many memorable matchups over the years, including a span from 1999 to 2001 where four-of-five contests were decided in overtime.

When the Patriots run - Edge: Bills

After weeks of frustration the Patriots finally broke out and enjoyed their best rushing game of the season in Cincinnati. Of course that was against the Bengals run defense, which ranks last in all of football. Things figure to get a tad tougher this week against Buffalo, which allows an average of 101.4 yards per game, good for 10th in the league. But while the Bills ranking is solid, a closer look shows a slightly different story. The unit ranks just 19th in average allowed per rush at 4.3 yards per attempt, so teams have enjoyed some success on the ground against Buffalo. Whether Sony Michel and Rex Burkhead can take advantage of that remains to be seen. Michel piled up 89 yards on 19 carries in Cincinnati and Burkhead added a 33-yard touchdown run late to close out the scoring. The Patriots rushed for 175 yards and 5.5 yards per carry against the Bengals. Buffalo figures to be a much tougher test. Shaq Lawson has seen his playing time rise in recent weeks and he performed well last week in Pittsburgh. Jordan Phillips and Star Lotulelei provide the bulk on the inside in front of athletic linebackers Tremaine Edmunds and Matt Milano. Michel ran with toughness last week and that will need to continue, but the Bills should be able to contain what has been a subpar rushing attack all season.

When the Patriots pass - Edge: Bills

The numbers didn’t exactly show it but there were some strides made in the passing game in Cincinnati as well. Specifically, the continued integration of rookie first-round pick N’Keal Harry. Harry caught just two balls but one went for a touchdown and he was active throughout the game while receiving 38 snaps, the most action he’s seen thus far. Julian Edelman continues to fight through a number of ailments, most recently a knee problem that limited him to just 40 snaps and two catches against the Bengals. Mohamed Sanu remains quiet and Tom Brady continues to search for answers to kick start the passing game that managed just 116 yards on the road. The Bills secondary has performed well all season, led by Tre’Davious White and his six interceptions. Buffalo allows only 190.5 passing yards per game, which ranks third in the league. Levi Wallace joins White at corner while Jordan Poyer and Micah Hyde make up a formidable pair at safety. The unit plays well together and held Brady to just 150 yards passing in the first meeting. Edelman was limited to 30 yards on four catches in that game as the Bills did a nice job of bracketing him with linebackers underneath and extra attention out of the slot. Brady must find ways to get others involved, especially with Edelman at less than 100 percent.

When the Bills run - Edge: Patriots

The Bills will try to run the football, especially after watching Cincinnati’s Joe Mixon pile up 136 yards on 25 carries last week. Buffalo likes to pound the ball early and often, and in the first meeting Frank Gore has some success with 109 yards on just 17 carries for a 6.4-yard average. The Bills rank fifth in the league, averaging almost 135 yards per game on the ground. The Patriots lone issue on defense has been some occasional struggles stopping the run, although they still allow only 98 yards per game. Devin Singletary is the Bills leading rusher with 729 yards and a 5.4-yard average on the season. He missed the first meeting between the teams with a groin injury but has emerged as a key cog in the offense. Josh Allen’s running ability cannot be overlooked either. He leads the team with nine rushing touchdowns including one against the Patriots in Week 4. The Patriots will certainly be looking to contain Singletary and will be aware of Allen’s mobility, especially on third downs. When New England has focused on stopping the run it generally has been successful in doing so. That should be the case Saturday evening as well.

When the Bills pass - Edge: Patriots

Buffalo’s offensive coordinator Brian Daboll must lose plenty of sleep worrying about Allen. The young quarterback has unquestioned ability but simply lacks the accuracy it takes to consistently run an NFL offense. At times when he lets it rip he can make throws that would cause any talent evaluator to take notice. But he often follows those up with short passes that are well off the mark and create unnecessary long-yardage situations for an offense that can’t afford to be in those too often. When Allen stays on schedule he uses John Brown (71 catches, 1,007 yards, 5 TDs) and Cole Beasley (60 catches, 670 yards, 6 TDs) effectively. Those two catch most of the passes for Allen but Singletary and rookie tight end Dawson Knox also factor into the passing game. On the surface that doesn’t seem to be enough to disrupt the Patriots secondary, which ranks second in the league allowing only 170 yards per game. Stephon Gilmore is dominating virtually every opponent he sees and he’s matched White’s interceptions with six including a pair he’s returned for touchdowns. He should see Brown in this matchup, which will force Allen to look elsewhere for help.

The Patriots kicked off their blocked punt brigade in Orchard Park back in Week 4 when J.C. Jackson blocked Corey Bojoquez’ punt and Matthew Slater returned it for a touchdown. That was the first of four blocks for the punt return unit this season. Last week the punt coverage group gave the Patriots life late in the first half when Slater forced a fumble in 10-10 game that allowed the Patriots to take a lead to the locker room. Jake Bailey continues his fine work in his rookie season, and Nick Folk has provided some stability since returning from his appendectomy by hitting on a pair of field goals last week. Stephen Hauschka has been inconsistent on field goals (19-for-25) but four of the misses have been from beyond 50. Andre Roberts is dangerous in the return game, especially on kickoffs where he took one back 66 yards earlier this season. The Patriots aren’t getting much out of their return game, but the coverage has been rock solid all year and the big plays have been a huge part of the team’s overall success. 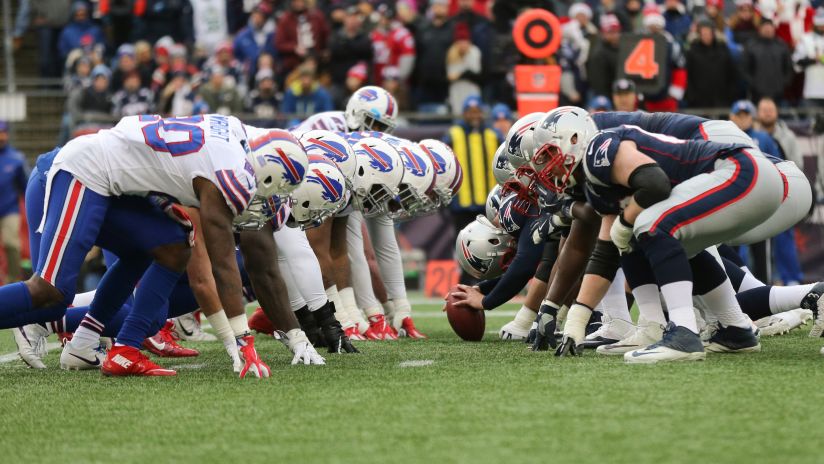 The Patriots won 15 straight games over the Buffalo Bills from 2003 through 2010, tied for the fourth-longest winning streak over a single opponent in NFL history.

Tom Brady owns a 31-3 record against the Buffalo Bills. Brady’s 31 wins against Buffalo are the most wins by a quarterback against a single opponent.

Tom Brady has led the Patriots to 31 regular-season victories over the Bills, his highest victory total over any opponent. Additionally, Brady has thrown more touchdown passes (69) against Buffalo than any other opponent. He has 65 touchdowns against the Dolphins and 57 against the Jets. Brady also has more 300-yard games (11) against Buffalo than any other NFL team. He has eight 300-yard games against Miami.

TELEVISION: This week’s game will be broadcast by NFL Network and can be seen locally on WBZ-TV Channel 4. Mike Tirico will handle play-by-play duties with Kurt Warner as the color analyst. Peter Schrager will work from the sidelines. The game will be produced by Mark Teitelman and directed by Greg Scoppettone.

NATIONAL RADIO: Saturday’s game will be broadcast to a national audience on Westwood One. Scott Graham will call the game with Ross Tucker providing analysis. Hub Arkush will work from the sidelines.

For information on how to stream the game please visit our Ways to Watch guide.

John Hussey has been assigned as referee for Saturday's Patriots-Bills game. Hussey, who is No. 35 in your officiating program, has been an NFL official since 2002 and was promoted to referee in 2015. Entering last week, his crew averaged 15.8 penalties per game (5th fewest).
1 Like
TylerD December 18, 2019, 3:44pm #3

If it’s anything like last game it will be entertain and come down to the final play of the game. Should be good!!

Too bad we don’t have casino cash on this website. I’d take the over.

Bill Belichick says field conditions are the primary reason for the move inside the stadium. The surface at Gillette Stadium is synthetic grass. The regular practice fields are natural grass. twitter.com/mikereiss/stat…

The Patriots will practice inside Gillette Stadium today. It has been rare for them to do so this season. CB Stephon Gilmore has said the team is treating Saturday's matchup against the Bills like a playoff game.
Mike83 December 19, 2019, 5:48pm #7

Maybe this is the game the patriots put up a 50 burger. Lol. That would be crazy.

The New England Patriots (11-3) and the Buffalo Bills (10-4) announce the following injuries and practice participation.

In all seriousness my score prediction
Pats 27
Bills 17

If Jason comes back that should mitigate the loss of Jones.

But if that’s the only complaint I can come with on this epic D I’d say it’s in pretty damn good shape.

History says the 2nd game with the Bills is a blowout.

I wouldn’t bet on it though.

In all seriousness my score prediction
Pats 27
Bills 17

I say the Patriots score 1 TD on offense, 1 on defense or special teams, and settle for 3 FGs.

Ya I could see that too! Will be a close game though. Bills are legit this season. 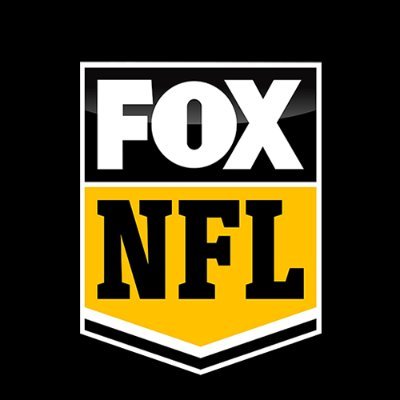 Saturday, the @BuffaloBills and @Patriots will meet while both having double-digit wins for the 1st time since 1964. That game was played at Fenway Park. https://t.co/daoTewbCgu 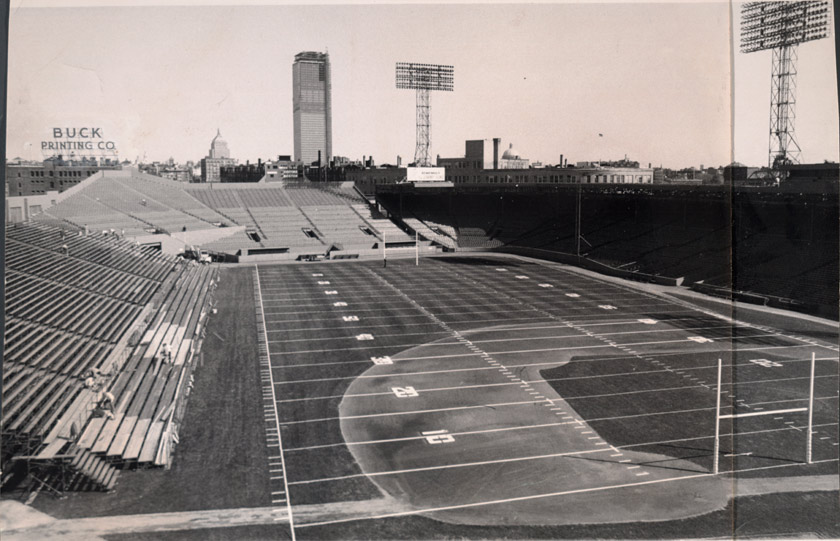 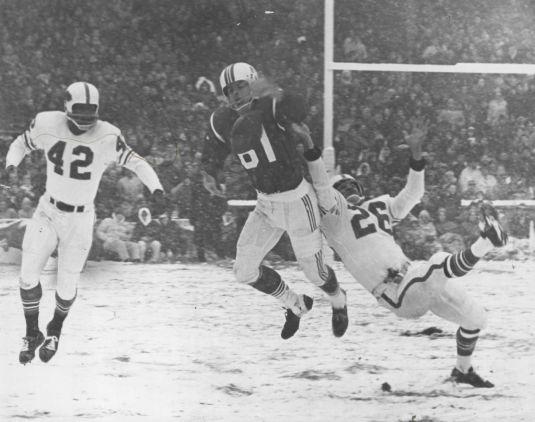 Sometimes. I miss the good old football days lol. Even though I wasn’t alive then

even I was not born yet

even I was not born yet

I was in diapers.