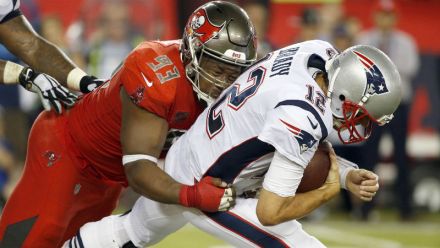 The Danny Shelton re-signing might have been just an appetizer for the New England Patriots. According to Rick Stroud of the Tampa Bay Times, the Patriots have considered making a much more signifi…

The Buccaneers chose to release McCoy on Monday rather than pay him the $13 million he was set to earn this season. Before doing so, Tampa Bay reportedly granted McCoy’s agent permission to negotiate with other teams, and the Patriota showed interest per Stroud.

“McCoy has already made well over $100 million,” Stroud wrote Monday evening. “At this point in his career, he figured if he’s going to sacrifice salary, it will be to win a championship with a perennial playoff contender like the New England Patriots, who showed interest in signing the six-time Pro Bowler and reuniting him with former Bucs defensive end Michael Bennett.” 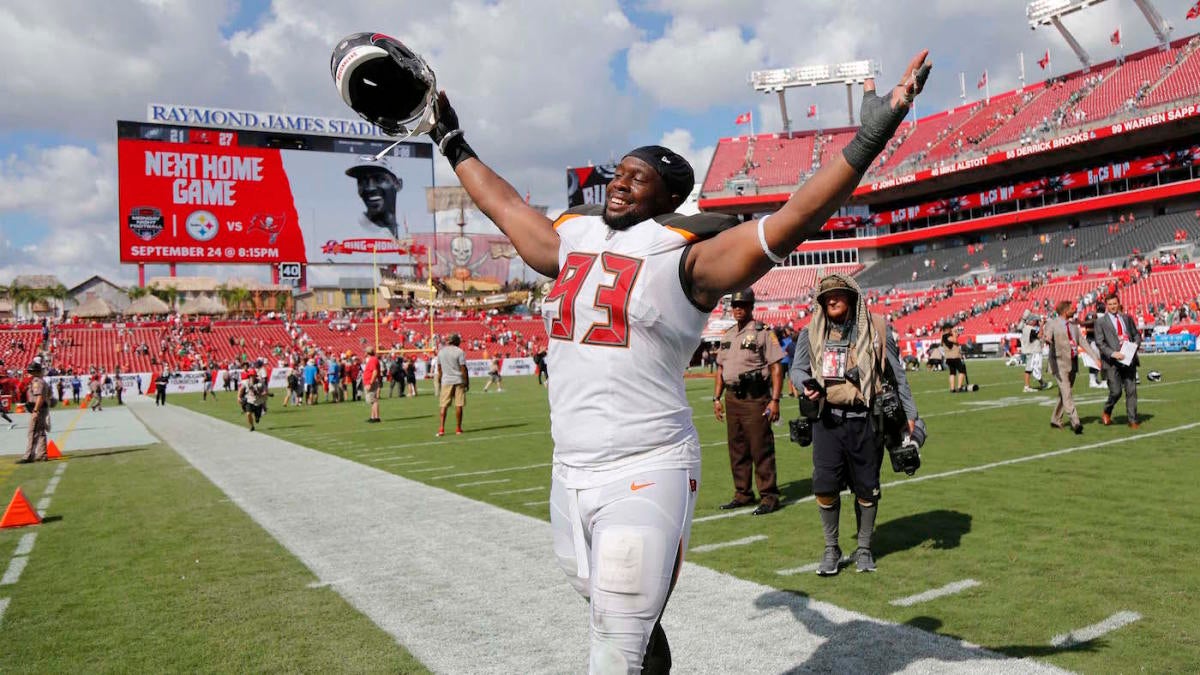 In his story for the Tampa Bay Times , Stroud wrote that the Patriots “showed interest in signing” McCoy and that McCoy might be willing to “sacrifice salary” to join a “perennial playoff contender” like the Patriots. The Patriots already re-signed run-stopping defensive tackle Danny Shelton on Monday but McCoy would be an instant and significant upgrade at the position.

He and Michael Bennett would form a terrifying pass rush that can generate pressure from both the interior and exterior.

It’d be the kind of signing that would cause every other team around the league to collectively groan as the rich get richer.

They were just above $3 million in cap space BEFORE resigning Shelton. It’s not impossible, but I would be shocked to see it.

There are so many ways to massage the cap. If they want him, they’ll find the money.

I was just reading how McCoy actively and publicly campaigned for the Bucs to trade for Bennett when it became clear the Seahawks had him on the block. They played together for a couple of years in Tampa before Bennett went to Seattle. Maybe Bennett turns the tables and recruits McCoy to New England.

It’s getting to the point where it will be difficult to find roster spots for everyone they have already signed.

Having said that, BB et al have never been afraid to upgrade if they can possibly upgrade.

Tom could make the money extending his contract out 2 more years.

Well, the just gave big money to Edelperson…though it doesn’t count this year.

5.7 million back on cap with vet olineman Veldheer retiring

They got the money and could free up some more. He’s looking for $6 million from a contender. Let’s get this sucker done.