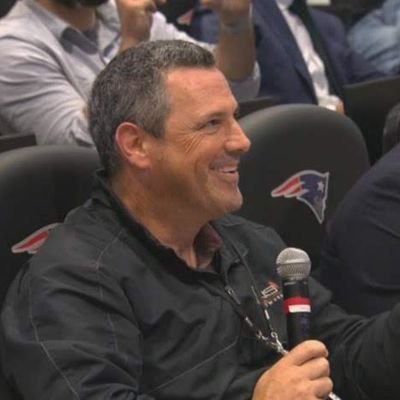 BREAKING: More kicking issues for #Patriots as league source confirms Nick Folk had appendectomy early Thursday and will almost certainly be OUT for Sunday in Houston. Already been through Gostkowski and Nugent this season.
johnlocke November 28, 2019, 3:29pm #2

Jeesus. Are you freaking kididng me? Wow.

Wow… Might try Brady out at kicking… then again he might get hurt if he starts kicking. Patriots seem snake bitten when it comes to kickers this season.

So, are they bringing back Nugent?

Shoulda kept that Korean kid around. 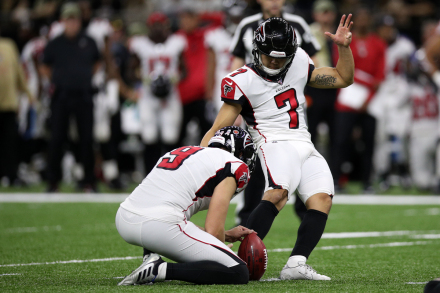 The Falcons were embarrassed on Sunday, losing ugly in their home stadium to one of the worst teams in the NFL.

#Patriots K Nick Folk recently had an appendectomy that will knock him out this week, but likely not more, source confirms (@Trags on it first). It was done laparoscopically, minimally invasive, which should mean a short recovery time. Still, NE needs a new kicker.

They should just have Bailey drop kick them for the week.

The Patriots are expected to sign veteran K Kai Forbath to replace Nick Folk, per sources. Forbath kicked in three games for Jacksonville last season and was the Vikings’ full-time kicker in 2017.
sprocketboy November 29, 2019, 3:21am #7

I take it back. Koo isn’t kicking too well for Atlanta tonight.

At this rate Carli Lloyd is going to be kicking for the Patriots in the Super Bowl.

FOXBOROUGH, Mass. – The New England Patriots announced that they have signed K Kai Forbath. To make room for him on the 53-man roster, the Patriots have released K Nick Folk.

Folk played in three games for the Patriots this season and converted 7-of-9 field-goal attempts and all three extra points.

FOXBOROUGH, Mass. – The New England Patriots announced that they have signed K Kai Forbath. To make room for him on the 53-man roster, the Patriots have released K Nick Folk.

Wait … in the NFL you can fire a dude for having an emergency appendectomy?

Or is this a Parliamentary Maneuver that will allow them to re-sign Folk when he is ready to return?

Folk wasn’t horrible. The two FGs he missed were 45+ yards in conditions that would have been challenging to Vinatieri in his prime.

Just like any private employment you can be let go for just about anything. At-will and all that.

But yeah. He is free to re-sign with them when he is better.

Just like any private employment you can be let go for just about anything. At-will and all that.

Also, just like any private employment, if the Firm in question is perceived to be a heartless, soulless entity that uses up players and throws them away like chewed up pieces of meat, then eventually nobody will want to play for New England.

There must be something going on behind the scenes here, because on the surface this looks like the Sullivans trying to cancel Darryl Stingley’s health insurance after he got paralyzed on the field of play.

Well, the The NFL is a bit different because of the salary cap and roster limits.

The Pats have thrown many players away but the success that comes in part from those decisions leads some people to want to come here. Hell, Michael Bennett is screaming now that he is with the Cowboys. He shot his way outta town and he wishes he had the chance he had on the Pats.

That said this team is mostly homegrown and draftees are usually stoked to be here so there’s that.

Patriots roster moves (per @FieldYates): K Kai Forbath has been waived and rookie DT Albert Huggins (Clemson) has been claimed on waivers from the Eagles. Huggins (6-3, 305) has played in 4 games this year for Philadelphia. Adds depth at big DT spot w/ Byron Cowart (head) injured
johnlocke December 3, 2019, 1:04am #16

So, can he kick fgs?