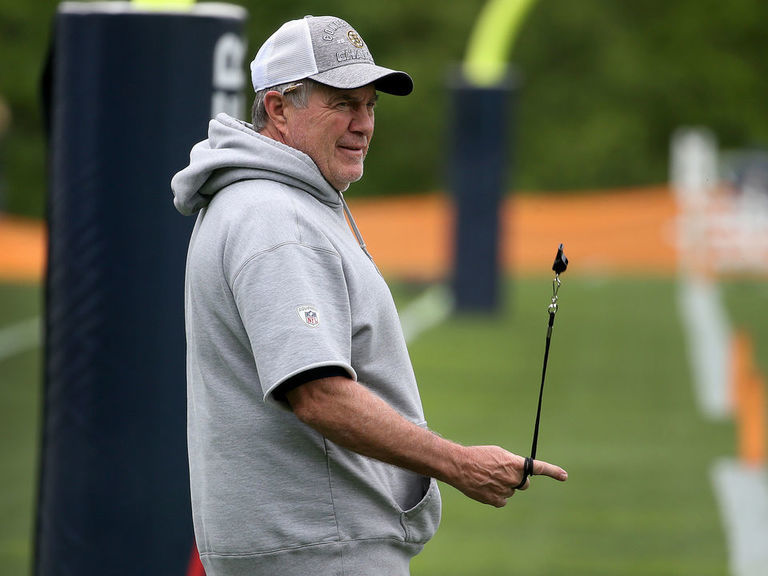 The NFL has pulled off a minor miracle to commemorate its 100th season, landing the notoriously media-averse Bill Belichick for a six-part series that centers around the naming of the league's all-time team.The New England Patriots head coach will...

The NFL has pulled off a minor miracle to commemorate its 100th season, landing the notoriously media-averse Bill Belichick for a six-part series that centers around the naming of the league’s all-time team.

The New England Patriots head coach will co-host the show alongside Cris Collinsworth and Rich Eisen. Over the course of the series, the trio will discuss the decisions made by a 26-person panel, which Belichick was a part of.

“Working with the production crew at NFL Films, and with Cris Collinsworth and Bill Belichick as analysts on the centerpiece of the NFL100 campaign has been simply one of the most rewarding endeavors I’ve ever had the pleasure of hosting,” said Eisen. “Plus, did I mention Bill Belichick is one of the analysts?”

“The NFL’s All-Time Team” will consist of 100 players and 10 coaches named the best at their respective positions.

Belichick, who has won eight Super Bowls over his career, is all but certain to make the list, which could potentially lead to an awkward moment for the legendary coach.

The league also announced “The NFL 100 Greatest” series, which will dive into five categories across 20 one-hour episodes - plays, characters, games, game-changers, and teams.

“The NFL’s 100th season is the type of once-in-a-lifetime event that NFL Films lives for,” said NFL Films senior vice president Ross Ketover. “We can’t wait to unveil these two series, and hope that fans love them as much as we do.”

Premiere dates for both shows have not yet been announced.

Belichick is only doing it to get close enough to Collinsworth to shiv him.

But seriously that will probably be very much worth watching. It would be hilarious if after years of abusing media members Belichick ended up transitioning to some role on t.v. after coaching

if he did he would be the best, imagine him breaking down plays without the boom or crack Madden used!! It would be must see tv.

now he hate ESPN so much would he go to the NFL Network and do it?

By all accounts, BB is willing to open up and speak freely about very few things … but football history happens to be one of those things.

This seems to fall directly in line with that perception.