Here comes Dorian. My Florida relatives all live closer to the Gulf Coast, so unless she makes a big loop around the peninsula, they are not in as much danger.

I did attend a Red Sox road ST game in Port St. Lucie this spring, and two folks working the parking lot there were nothing but nice to me, in spite of the laundry I was wearing. I don’t know their names, but I hope they have made it to safety. 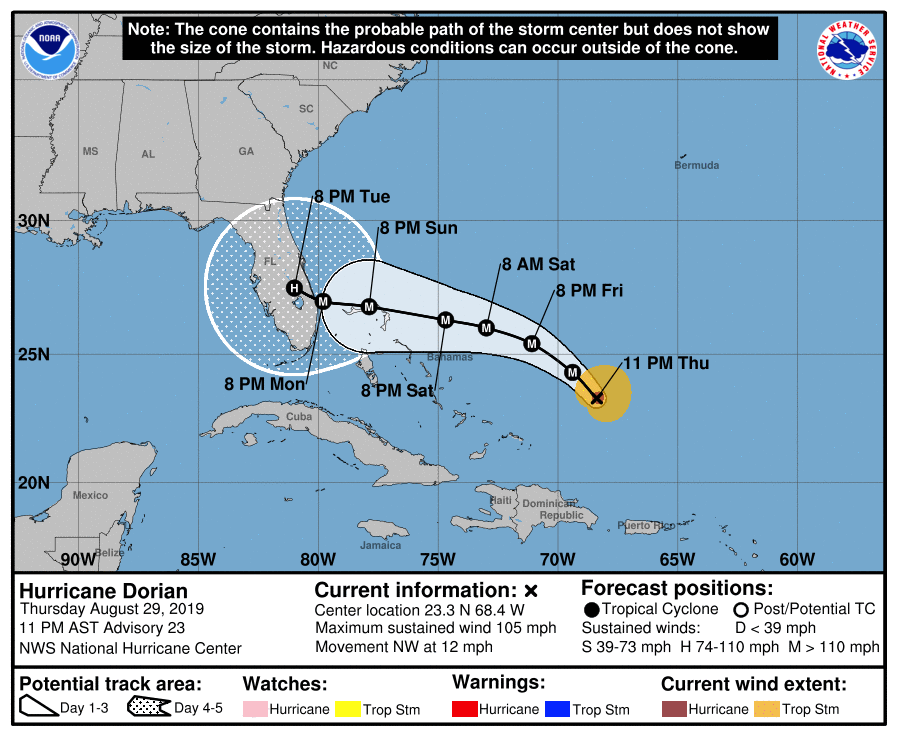 Scary stuff! My sister just arrived two days ago but she two is gulf coast so she should be safe.

They are projecting Dorian comes ashore at Cat 4. There are only five categories. 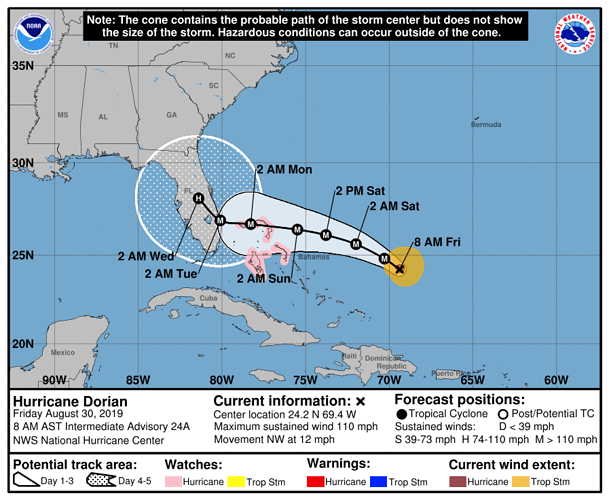 Because I own that house in Florida, I got a voice mail (on my Colorado phone number) from my house insurance company, warning me that a huge storm is coming, and that I should put up my hurricane shutters and move my patio furniture and trash receptacles indoors. 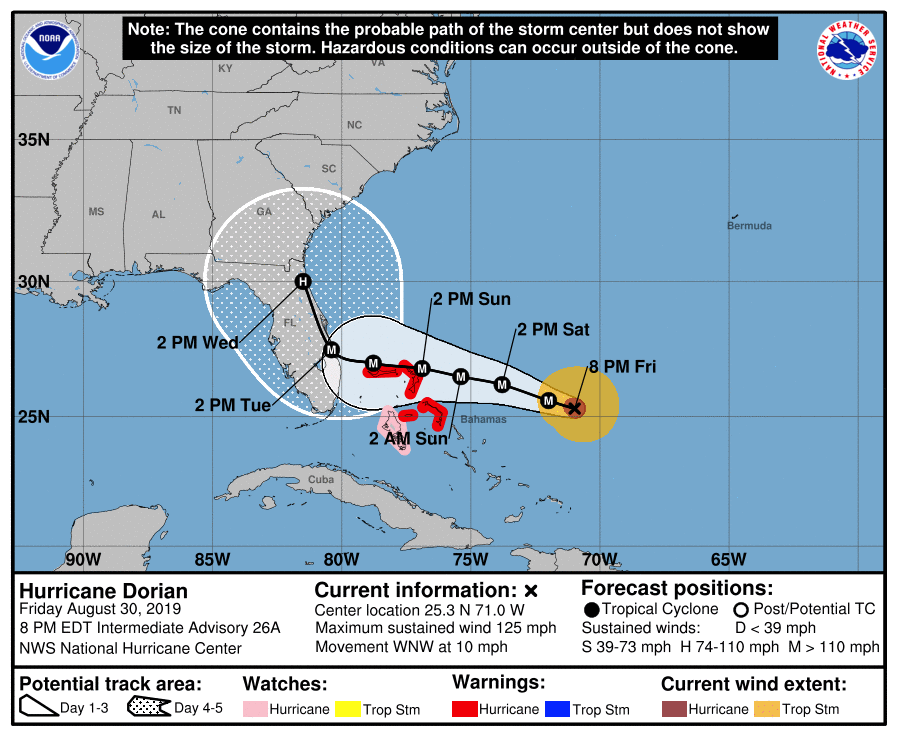 The NHC model now has Dorian turning north over the ocean instead of making landfall in Florida. If I am interpreting this graphic correctly, she will weaken (over colder Northern waters?) before striking one of the Carolinas. 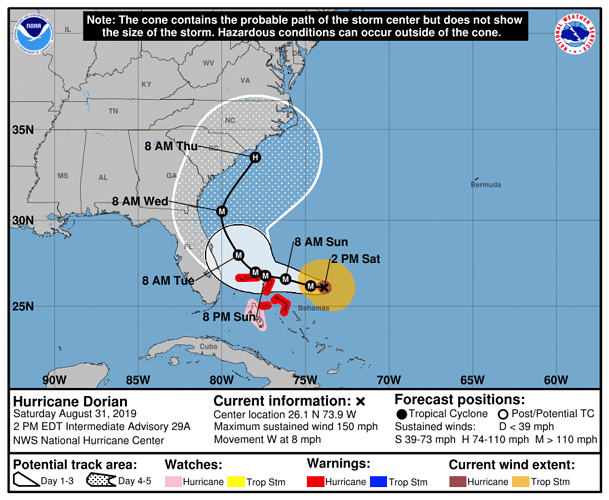 I was hoping Dorian would turn harder North, but it looks like the Northern Bahamas are royally screwed. 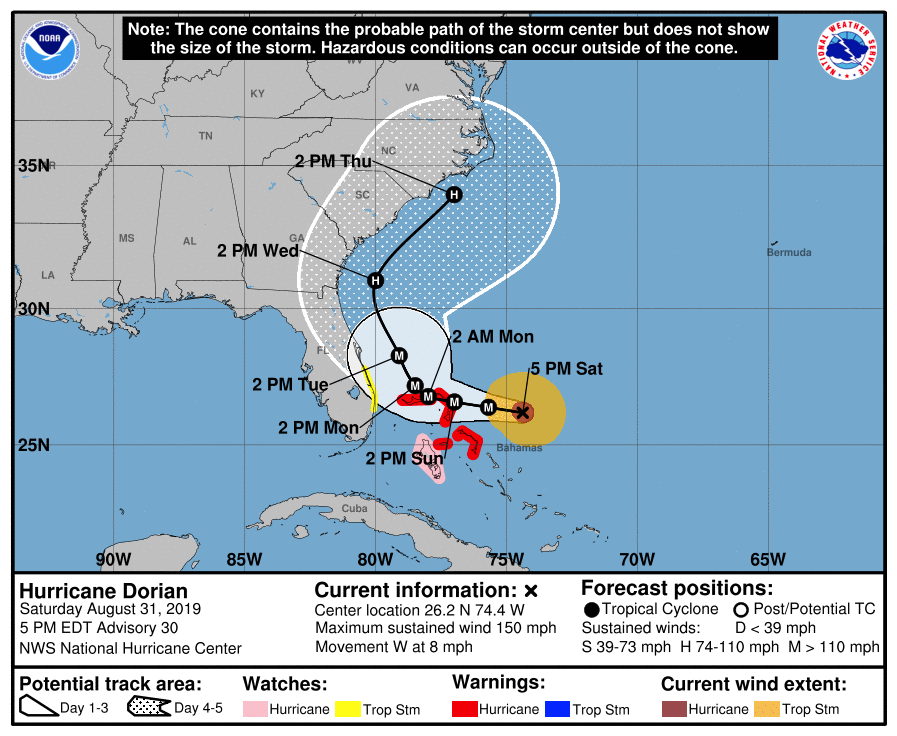 The NHC says this is the strongest Atlantic Hurricane since 1950. 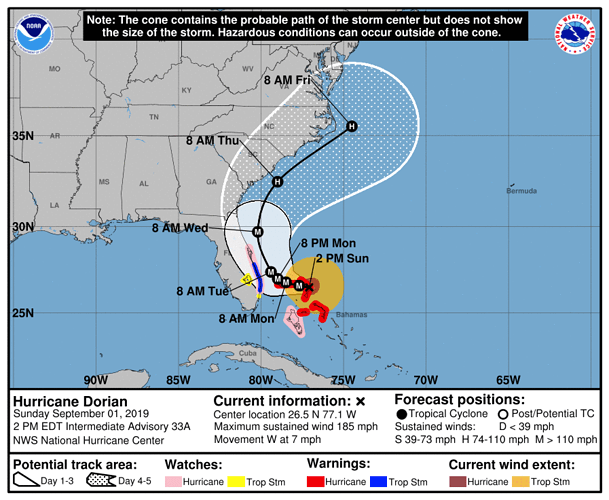 Ugggh. Compare this graphic to the last. See how the band on the Central Atlantic Coast of Florida went from blue to red?

That means that the Florida Atlantic Coast from Port St. Lucie to Cape Canaveral is back in danger. One turn by Dorian to the West and she comes ashore there as a Cat 3+ Hurricane. 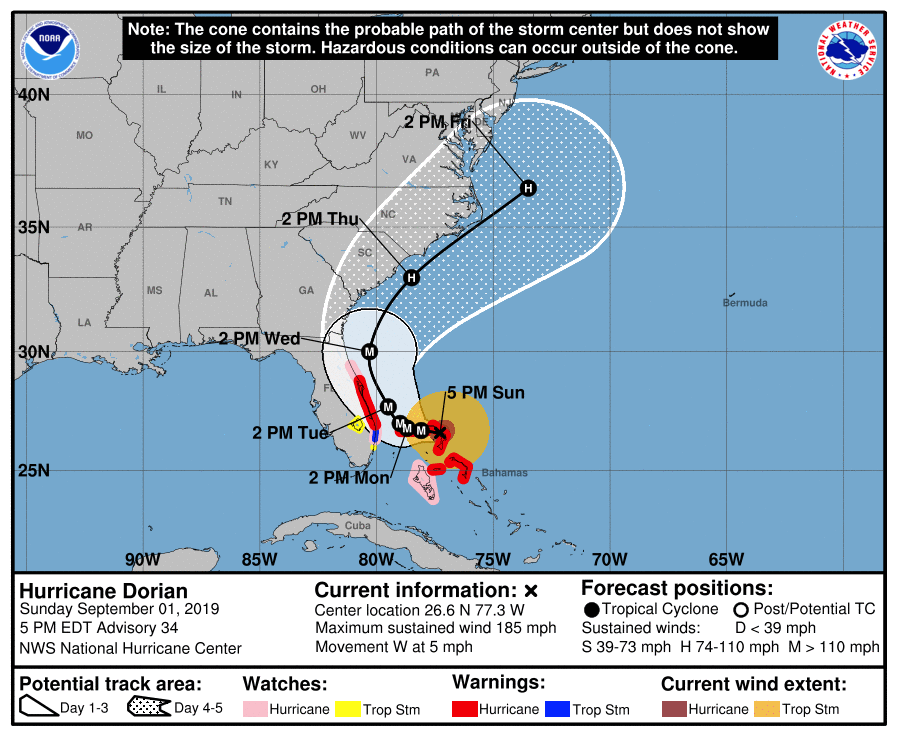 Dorian has already claimed a sports casualty … not a person, but a postseason. 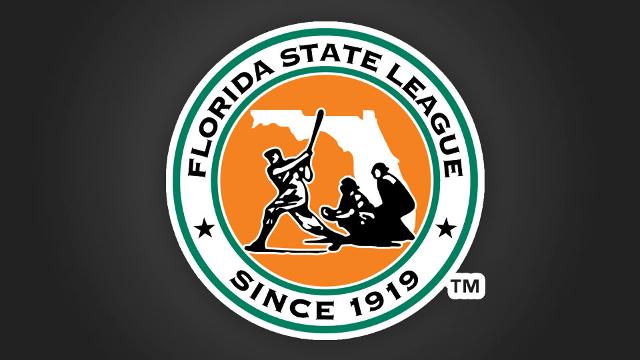 League President Ken Carson announced today that the Florida State League final weekend series and postseason will be canceled due to the threat of Hurricane Dorian.

striking one of the Carolinas

I ain’t skeert of no wind and rain and junk.

striking one of the Carolinas

I ain’t skeert of no wind and rain and junk. 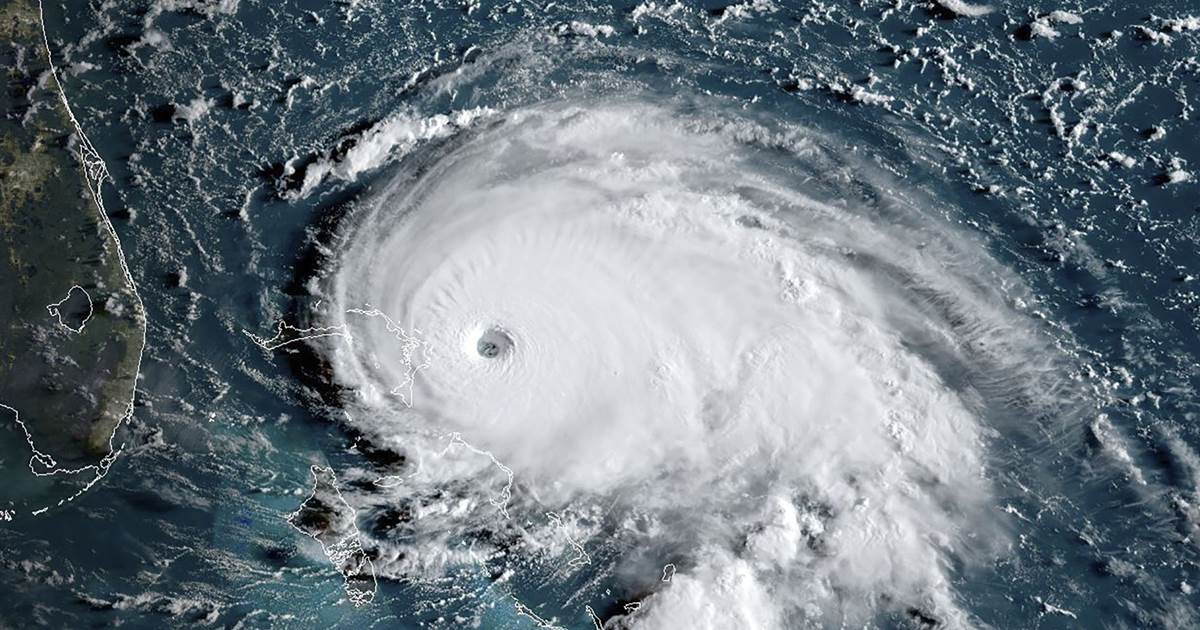 At least one million people under evacuation orders in South Carolina,...

"We know we can't make everybody happy, but we believe we can keep everyone alive," South Carolina's governor says of mandatory evacuations.

Some early footage from one of the Bahama Islands.

From the twitter comments, this was taken while the eye was passing over this location, which means that Dorian is only half done with this place. 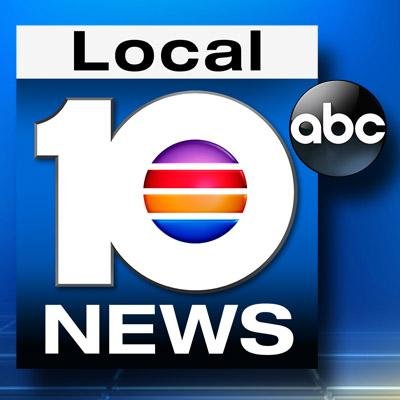 First video coming in from Bahamas after Dorian passed through and it's complete devastation bit.ly/30QN7wp https://t.co/LdvVQFstWY
ThepAlmetToState September 2, 2019, 2:47pm #13

I already live in the Columbia area so no evac for me.

Dorian has lost some strength lingering over, and battering, the Northern Bahamas. She has been “downgraded” to a high Cat-4 storm.

Still scary stuff. Everyone in the USA is hoping the models are correctly predicting she goes North instead of West. 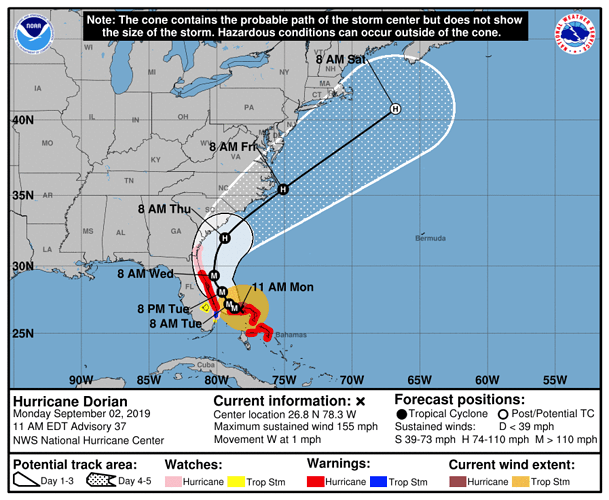 Dorian has weakened and is now a mid-Category 3 Hurricane.

I don’t think that’s much consolation to the Bahamians. The storm has been more or less sitting over one or more of their islands for the past 36 hours or so. Right now, the movement of its eye is classified as “Stationary.”

That severely impacts the ability of rescue and aid workers to move in and help whoever is left. There is a school of thought that says “well, they should have evacuated when they had the chance,” but I bet a significant chunk of those who stayed behind were folks who wanted or needed to be on scene to help others, as soon as the Hurricane cleared the islands … which it doesn’t seem to be in any hurry to do. 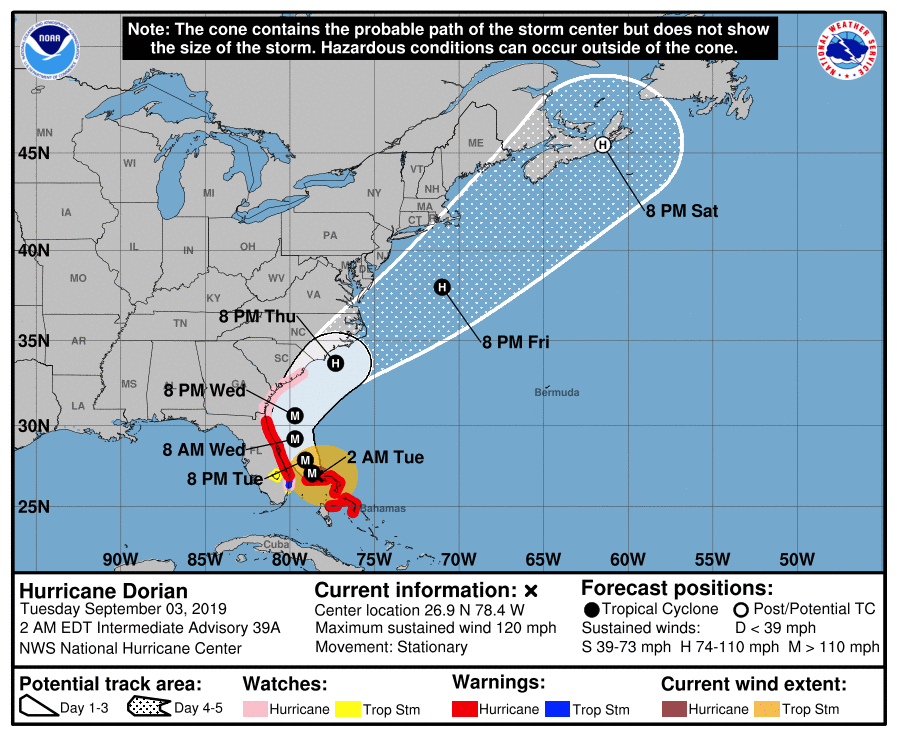 thanks for all the updates

Didn’t Harvey pull the same stunt, just park over one spot (Houston) and whale away? If anything positive could possibly come out of this, maybe in the future the Bahamians up the ante on construction standards, but I’m not even sure Frank Lloyd Wright could have designed buildings to stand up to this level of continuous battery. 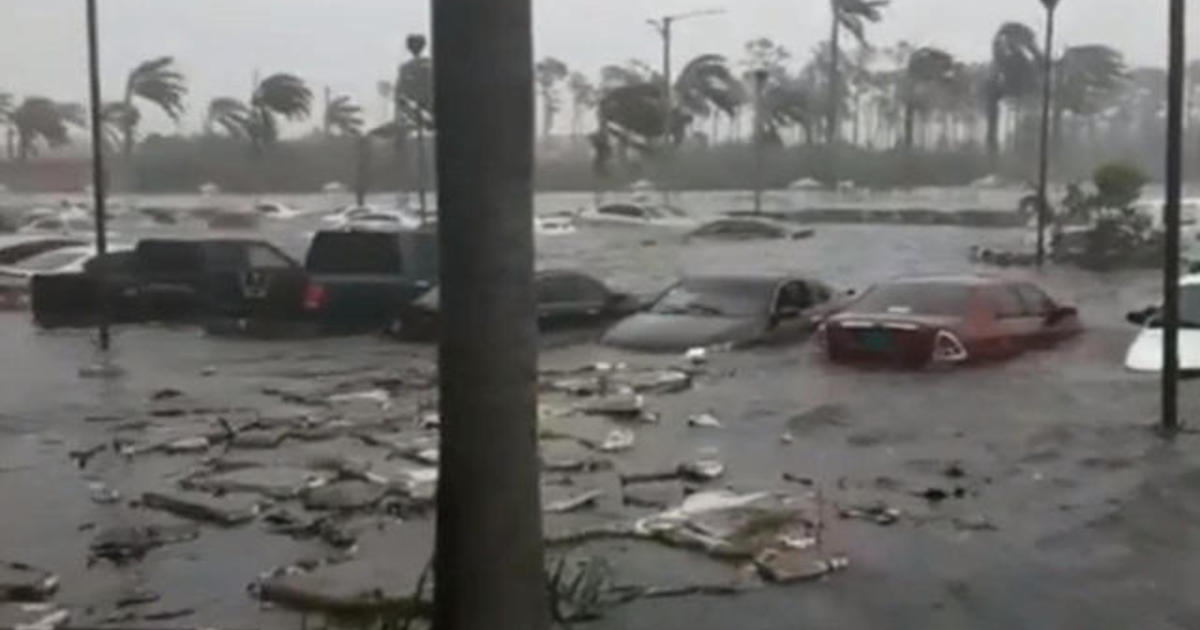 The deadly storm, which was stuck in place over the island nation, has been pounding the northern Bahamas for nearly two days 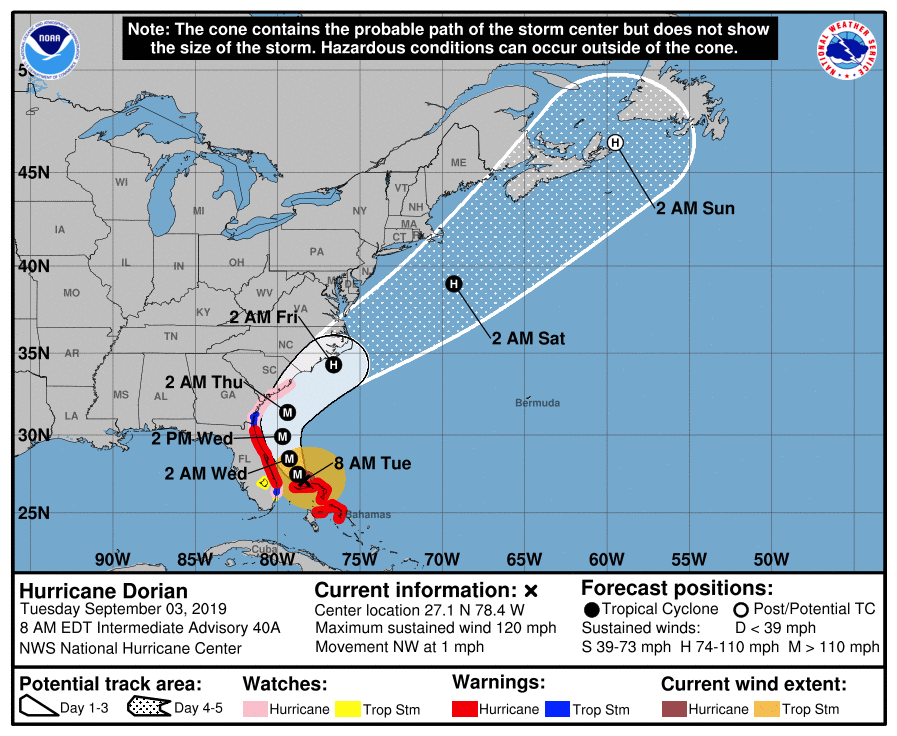 rep for the FLW reference - the man was amazing.

Well, Dorian has finally detached herself from the Bahamas. All that pummeling has taken a lot of her energy way; she’s now a Category 2 Hurricane, moving NNW just off Florida’s Atlantic Coast. The predictions still have her skirting the coast and never making landfall anywhere in the Continental US, but Hurricanes are fickle beasts. 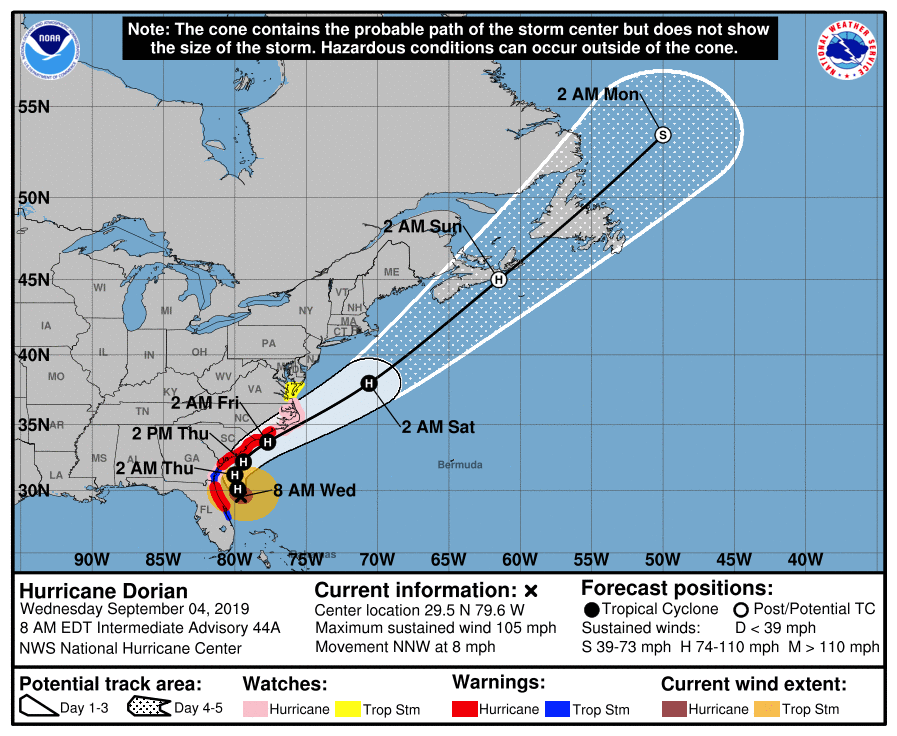