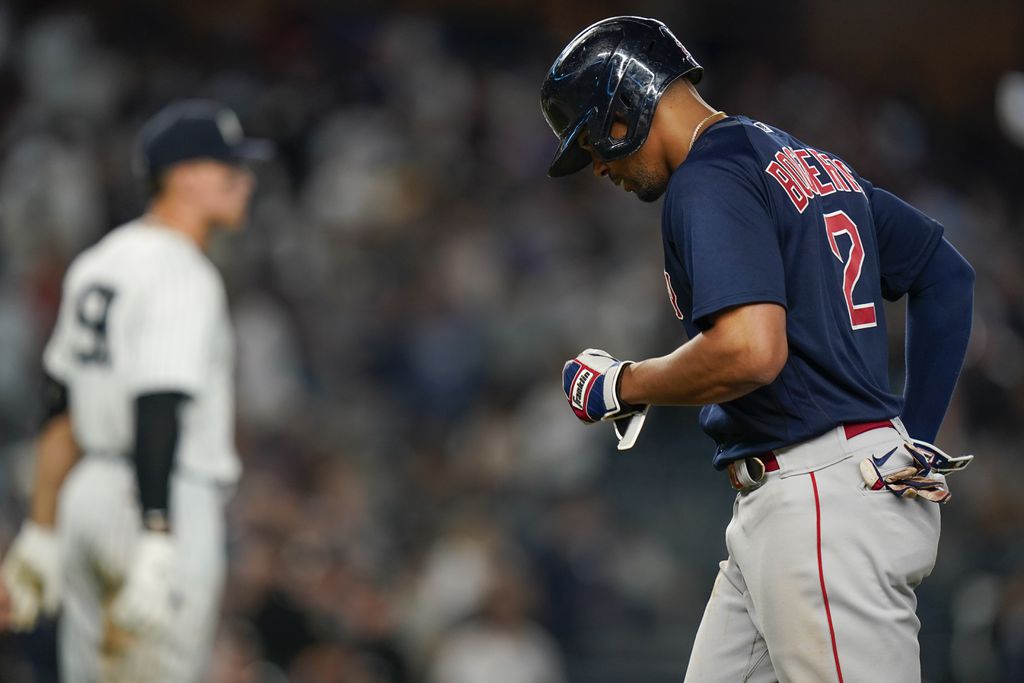 NEW YORK — The Red Sox aren’t in a slump. They haven’t stumbled. This isn’t a dip or whatever other euphemism you want to put on what has happened over the last three weeks.

They are simply a bad team right now, a team that has dropped into third place and out of a playoff spot after being swept by the Yankees in a doubleheader on Tuesday.

These Sox find ways to lose. For a while it was their rotation, then it was the bullpen. On Tuesday it was a lineup that managed only three runs over two games, none in the final nine innings.

“It was a tough day overall,” manager Alex Cora said.

They should be used to it by now. The Sox were 63-40 after beating the Toronto Blue Jays in the second game of a doubleheader on July 28. They had the second-best record in the American League and a 1½-game lead on the Tampa Bay Rays in the division.

The Sox are 6-13 since with three of those victories coming against the tanking Baltimore Orioles. The Sox are 2-11 against the Rays, Yankees, and Blue Jays in that stretch, getting outscored by 30 runs.

They now trail the Rays by five games. 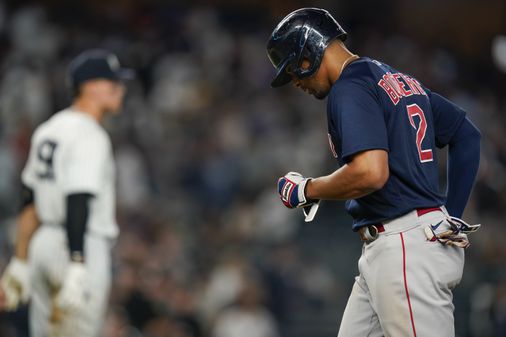 The Sox dropped into third place and out of a playoff spot after being swept by the Yankees Tuesday.

One of the worst collapses they have had since 1978… Beyond sickening the way this season has turned out. Thank god for football coming up!

I still have hope, yes I know, yes trust me I know, but will watch for now.

I disagree. Most had no hpe for this team this year and they have surpassed all expectations but mine and a few others on their way to building a sustainable monster with a huge salary cap and constant bringing up of high-quality farm system players.

The trouble is, I didn’t expect much of the season either… I thought we would finish near the bottom, HOWEVER in my opinion it doesn’t make it less painful the collapse we have had.

I respect optimistic fans that can look back at this season and say, “We finished a lot better than I thought we would” I just can’t do that… I would suspect most fans would be upset if their team was tied for the best record in the entire league at the half way point and 10 games up on their rival, only to fall completely out of a playoff spot with the Stanks taking over… It stings regardless of the season you expected from this team.

If the team was playing .500 baseball through the entire season, that isn’t so bad but to have the best record in the American League and squander that is a gut punch to say the least. I guess shame on me for believing this team could keep it up and make playoffs… I wasn’t expecting them to have the record they do, but after 80 plus games you start to believe, “Hey we truly do belong, and we truly are a contender.” Only to drop 10 of our last 15 games and work our way completely out of a playoff spot. Can we still make playoffs? I would give us literally a 10 percent chance… We just can’t beat anyone lately. can’t win a series against the Jays, got smashed by the Rays and now swept yesterday against the Yankees… We can beat Baltimore lol, good for us I guess.

It’s been a fun season to this point, but damn it’s hard to watch. However, I will keep watching as that is what a fan does. I have watched this team for the better part of 17 years, nothing will change that ever. But it doesn’t mean this season hasn’t been disappointing.

This season has been a basketful of emotions, I give you that.

The one bright spot we have is we play a bunch of SHIT teams coming up… Texas, Minnesota, Cleveland… It’s sad that we have to rely on beating bad teams but it is what it is. It’s a very favourable schedule coming up. We will see how this team responds to average to poor teams. If we can’t win these series, we really don’t deserve to make playoffs in my oinion.

Well, we have hours before the game, what now?

Maybe pick up some fun stuff for the game tonight and tomorrows Pats game that I am really looking forward to.

Sounds like a plan. Doing edits here which is not so bad except I am not good at commas. I mean, terrible at them. LOL

Dammit, I meant I’m going to our spot on the river for some r&r with some of my lady friends and a great guy friend. LOL

I’m working for 5 more hours and then game time

Until then, I shall suffer at work

Well, a break at night is nice. So, you will suffer at work and suffer while watching the game, huh?

Lol pretty much how it’s gone the second half of MLB season hahahahahah.